I need a little help with SolidWorks.

I need to assemble such a mechanism, which I am currently working on.

But I get a rather complicated and cumbersome algorithm:

Maybe a more experienced person can tell me how I can build such a mechanism in a simpler way?

I would be glad and grateful for your help. 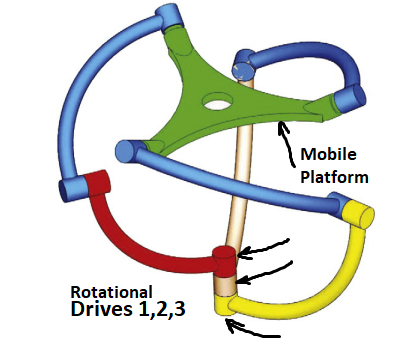 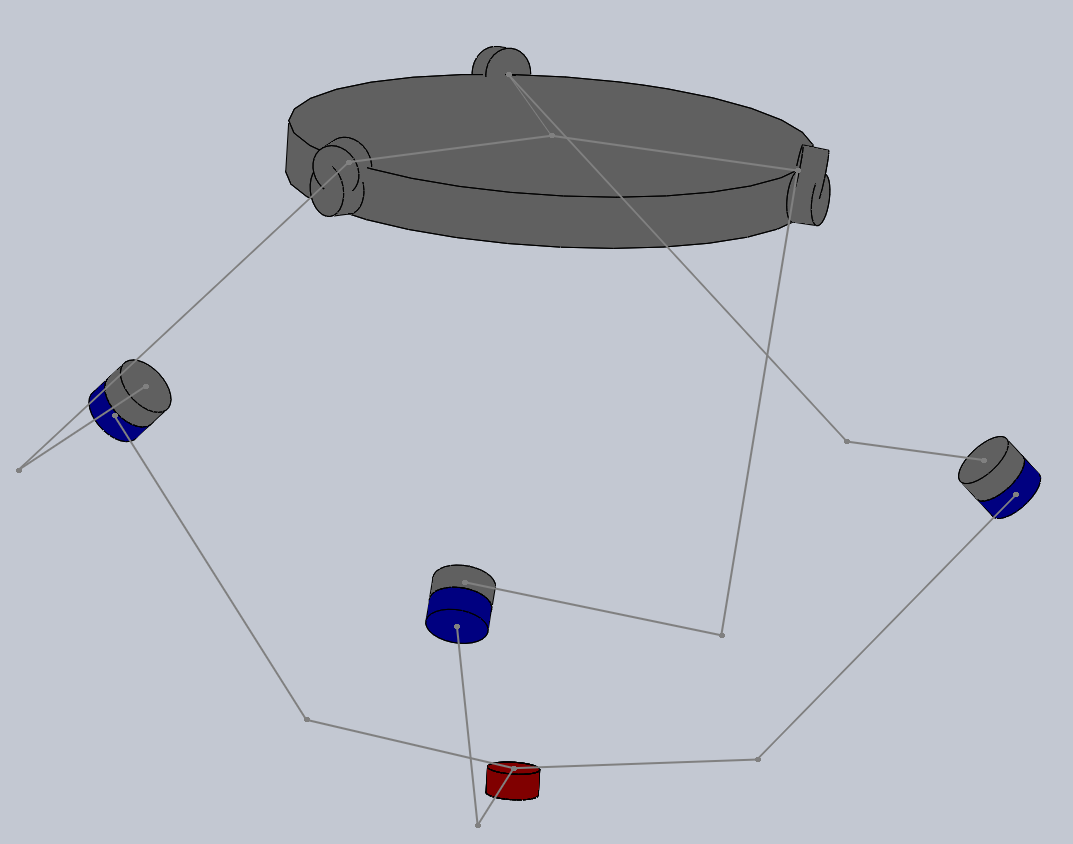 I tend to use SolidWorks assembly to trial and error these types of assemblies, then worry about how to make it work. Constrain (Angle and Distance) the crap put of components to start and remove them as components are interconnected.

Following the process I outlines in the comments:

Mate all the lower faces. Place an angle mate of 120° on each of the lower arms. The angle mates will allow you to construct the mechanism. Mate faces to top plane.

Mate one of the lower arm origins to the assembly origin. Origin must be on mated faces.

Mate Upper Arms to Lower Arms. Place an angle mate of 90° on upper arm to lower arm. Make sure all upper arms are in the same direction.

Mate platform to upper arms. You can see I cheated and mated them to a point.

It's a rather complicated and cumbersome device, but this will get you going in the right direction. Remove all angle mates and you should have the basic mechanics.

This has been solved on the web with 3D printed files 3D Print Timelapse Build: Spherical Parallel Manipulator.

Not the answer you're looking for? Browse other questions tagged solidworks cad solid-mechanics software or ask your own question.

0
Formation of robot links programmatically in Solidworks
1
How to Make a Flexible Subassembly with Top-Down Design Method in SOLIDWORKS?

2
Is there an equivalent to the 'equal' constraint from solidworks in fusion 360?
0
Is Fusion 360 compatible with SolidWorks?
1
Creating a "half dome" in solidworks
3
Solidworks motionstudy/motion study causes parts to "jump"
2
Solidworks Extrude Base/Boss - Base Extrude Doesn't Seem to Exist Anymore?
0
Help in Solidworks macro for updating split children parts