Moment and Torque at a Single Point

How can moment/torque be applied at a single point?

Caption: The above image shows an ideal moment acting at the center of a beam. An ideal moment is one which is not associated with a force. Link for the page

My recommendation is that you draw an EQUIVALENT problem with an upward force and downward force of equal magnitude acting the same distance away from the point of application of the couple. Notice then that it doesn't actually matter which point we take the moment about, you get the same couple about every point. Thus, a couple, or a "pure moment" is a FREE vector. You can place it anywhere on the body and it has the same effect on the deformation or the motion.

Isolated moments, as shown here are more of a mathematical construct than a realistic construct. That said, in three dimensions this is completely possible. A mounted pneumatic drill turning a bolt at the midpoint of the beam (with minimal loading into the beam) would cause this concentrated moment. The motor applies a torque to the bolt. This model works well to simplify the complex drill forces, and accurately describes the stresses in the beam when the distance between the flats on a bolt is small compared to the the length of the beam. This substitution from a complex motor to a simple concentrated moment is known as Saint-Venant's Principle

A shorter beam would result in more complex boundary conditions and the need to consider higher order elastic effects. This is the primary difference between a continuum mechanics researcher, who would model these effects with partial differential equations, and an engineer, who would multiply the Saint-Venant stresses with a stress-concentration factor and design accordingly.

There's a reason why such moments are called "ideal". That's because they're idealized, not real. They are a simplification of reality.

One way you could get an ideal moment in a beam is by welding two rigid vertical bars at the midpoint, one above and one below the bar. And then apply opposing forces at the extremities of the bars. As far as the beam is concerned, it will suffer an ideal bending moment, without any associated forces: 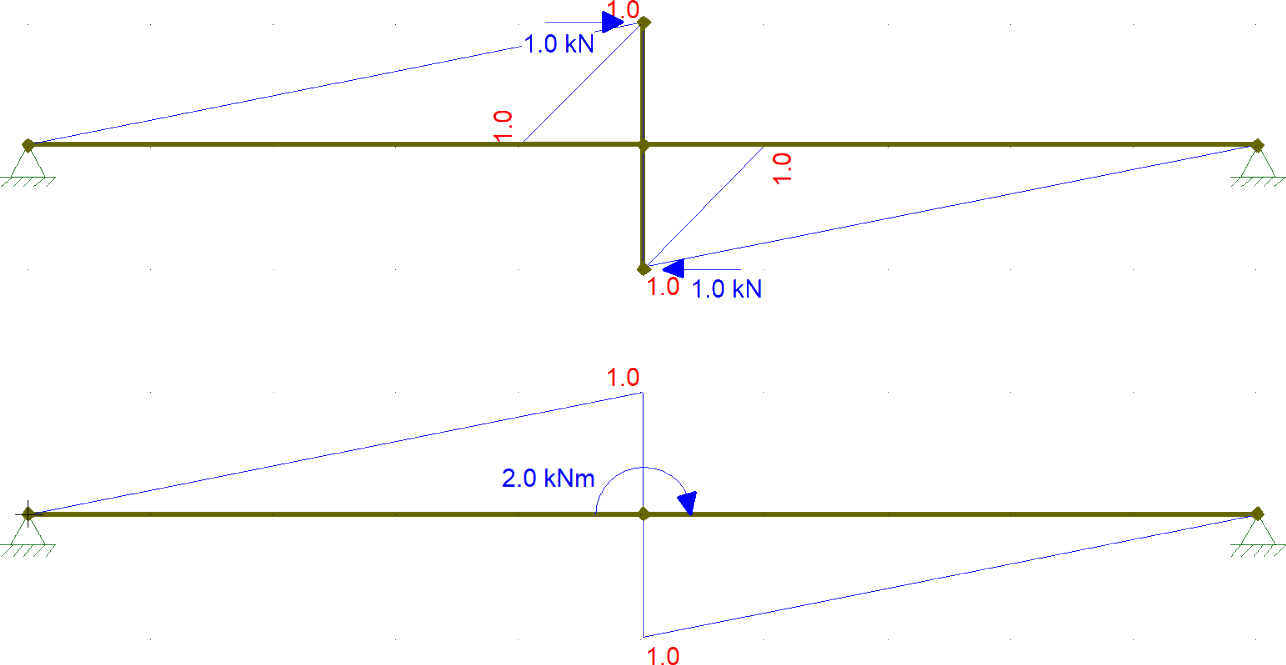 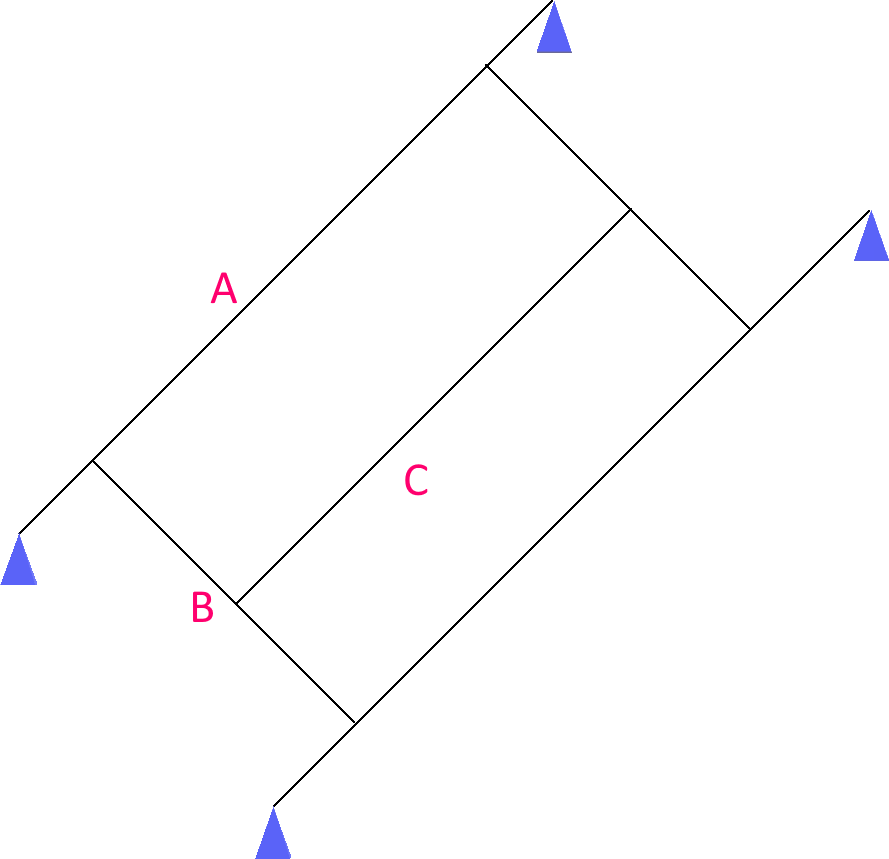 Obviously, these concentrated bending-moment/torsion transformations can be easily described in terms of internal force couples as well.

An applied pure torque does not have a point associated with it and it is said to shared with the entire body, as opposed to forces that act through a point.

This is entirely equivalent to the statement that rotational motion is shared with the entire body, as opposed to linear velocity which is only defined at a single point.

It is almost impossible to produce a pure torque in real life, with net force zero. You can transmit forces without a torque using a bearing, but you cannot transmit a torque without any forces. At least not mechanically.

Torques represent a force at a distance, and a pure torque is mathematically equivalent to a zero force at infinity.

This is similar to rigid body motion, where linear velocity is a representation of a rotation at a distance, and a pure translation is zero rotation about a infinite point.

Not the answer you're looking for? Browse other questions tagged mechanical-engineering structural-engineering beam moments or ask your own question.

5
Logic behind location of shear centre
2
Does an external force at a joint between two members act on one member or on both?
3
Replacing a straight rigid link by a curved rigid link
0
Resolving moments and forces
1
How to measure the stiffness of a rectangular beam, and compare it to a triangular beam?
2
How do you calculate the shear force on the screws that connect a door to a jamb via hinges
2
Free body diagram of a differential-drive mobile robot
0
How exactly the beam is twisting?