I'm trying to calculate the shear forces on hinge screws or bolts. Here is a schematic of the door with the relevant values: 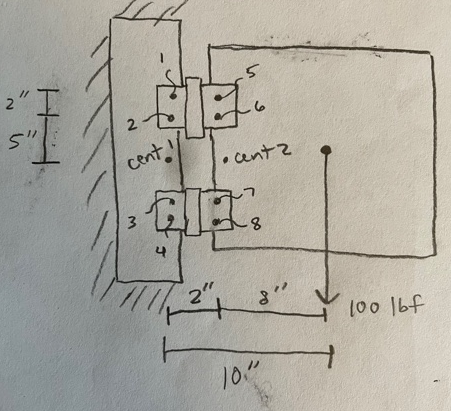 First, I took a free body diagram of the door and its hinges. The calculations to find the forces are also shown below. The forces consist of direct shear which is just the total weight divided by the number of bolts (4) and shear from torsion about the centroid of the bolt group. 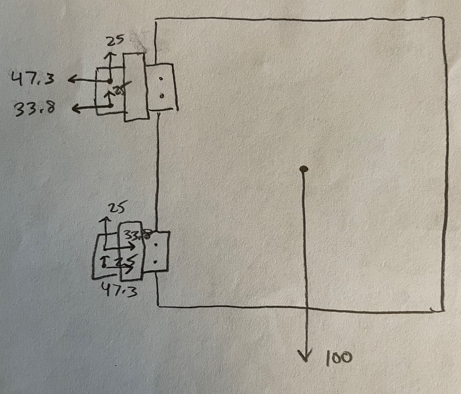 Next, I took the free body diagram of just the door and calculated the forces a similar way: 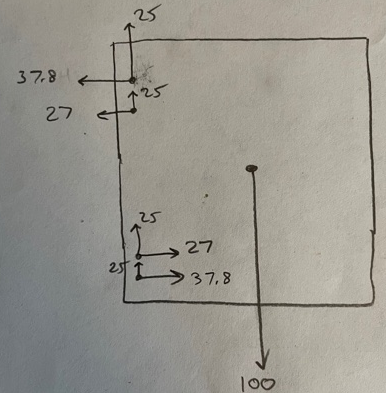 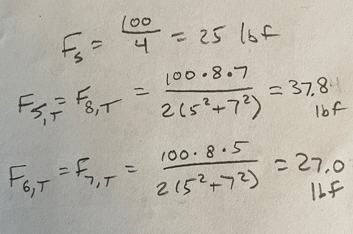 Where I get confused is when I take the free body diagram of just a single hinge and sum the moments about its center of mass, I get a non-zero moment, which doesn't make sense to me. 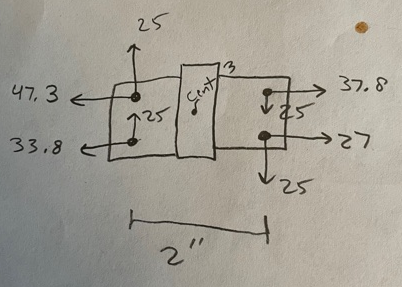 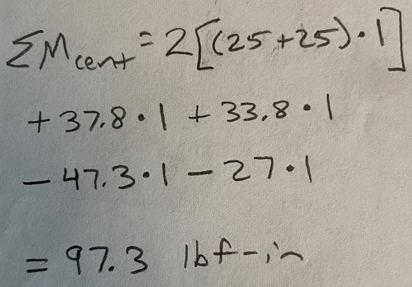 Can someone explain to me where my approach or thinking is incorrect?

This is the same concept used in automobile wheel lug nuts - the nuts are not in shear because the load is held by the friction between hub and wheel. Lug nuts in shear would be almost certain to fail due to fatigue.

Assume the door is simply supported by the hinges on the jamb, and solving the reactions on the support hinges. The design shear on the screw is the resultant of T & V, which numerically equals the resultant of C & V. 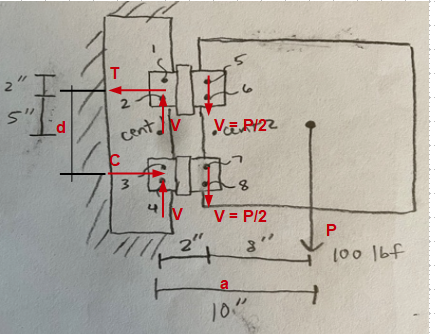 Let's see how this scheme works: 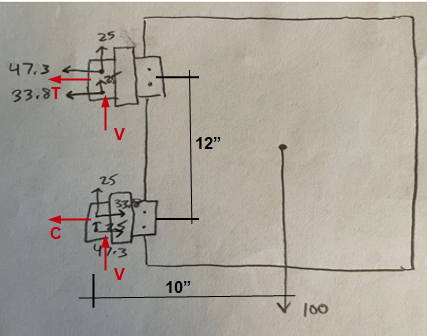 Now the forces on the upper hinge are as shown in the figure below. The component forces on a single screw are simply equal to one-half of the respective force in the vertical and horizontal directions ($F_V = V/2$ & $F_T = T/2$). Finally, the shear force on a single screw $R = \sqrt{F_V^2 + F_T^2}$ 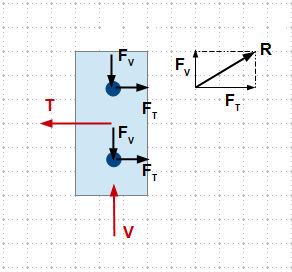 As shown in the figure below, you can solve the component horizontal forces using the exact method, which assumes a rigid bolt group subjects to externally applied moment/torque, and the stress of the screws are linear elastic. 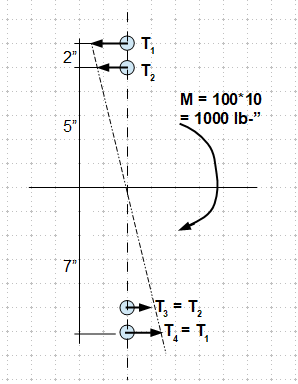 System Equilibrium Check - The system is in equilibrium, since $\sum F_x$, $\sum F_y$ and $\sum M$ about the center of origin "O" are all zero. 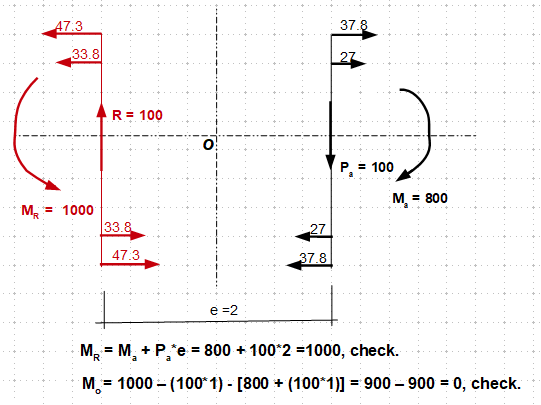 Note that you can't expect the unbalanced sub-system (the upper or lower pair) alone to be in equilibrium, because in which $\sum F_x \neq 0$ and $\sum M_{ctr} \neq 0$.

The sketch below demonstrates my last comment. Hope this helps. 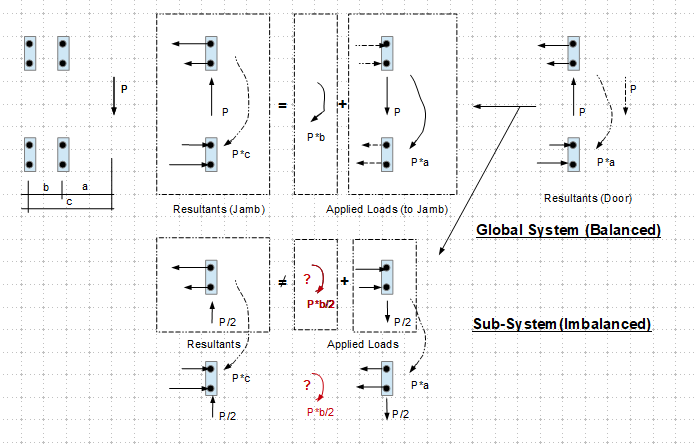 To further illustrate the concept of system balance, let's assume the door was supported on its right bottom corner, and the hinges on its left edge acting as another support, which subjected to a force of 100 lbs, the system is as the left figure shown in the sketch below.

Now we can analyze the upper pair of hinges separately, the respective forces are shown in the diagram on the right, and we note that while the entire system (which includes all four screws) is in the state of equilibrium, the sub-system does not (since $\sum F_x \neq 0$).

In a similar manner, let's imagine the hinge "A" is in place of the screw "A" and so on for hinges B thru D, then, through drawing a parallel with the note above, we realize why the pair of the upper hinges in your calculation ending in system imbalance.

Though I didn't check the number, I think your calculation and the results are theoretically correct, as there are indeed having unbalanced forces locally (sub-system), but will be balanced globally (full system).

4
Effect of varying diameter bolts on shear stress under eccentric loading
2
Determining when bolt will bend
5
Shear Force Diagram of a Simply Supported Beam with triangular load distribution
0
How to find required clamping force of bolts to prevent flange faces from twising due to torque?
2
The internal normal force, shear force and moment
0
Resolving moments and forces
3
How do you ensure that a beam is loaded through the shear center?
1
Distribution of Forces into 3D Bolt Group
0
Can a beam be too short to experience bending stress?