How to find Performance assessment (IAE and ISE) of a PID Controlled system?

The Integral Absolute value Error (IAE) and the Integral Squared Error (ISE) is to be analysed.

A PID Controller is given as follows:

Now as a feedback loop I have following:

Calculating the overall Transfer function $F(s)$ we get: 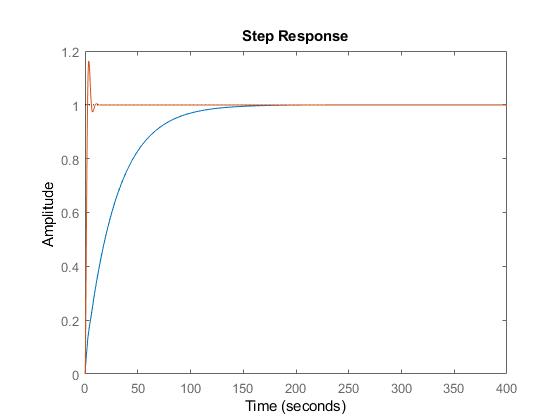 Now I wanted to find the Integral Absolute value Error (IAE) and the Integral Squared Error (ISE). By researching google I came to know the principle behind it and I also saw the formulas but how really to mathmetically solve it.

You know both F and w (w is the reference). Then calculate e(s), later e(t) (use the Laplace anti-transform) and integrate.

The upper limits of the integrals refer to a specific time instant which is chosen arbitrarily in order for the integral to be close enough to a steady-state value. It is often taken as the settling time of the system. A simple usage of the integral square error measure (ISE), for example, is to see if a system is overdamped or underdamped. These performance measures instead of only being used to compare the closed-loop performance of different control designs are often also used as a means of picking the specific gains which minimize for example the effect of a disturbance to the system. The general procedure is concluded in four steps:

Below is an example of such a procedure in order to obtain the gain $K$ which minimizes the effect of a disturbance to the system by using the ISE measure.

1. The disturbance transfer function is:

2. For a step disturbance the time-domain function for the output of the system is:

4. Last step is to differentiate with respect to $K$, set equal to $0$ and compute the gain.

The above example is taken from the book: "Modern Control Systems, 13th edition" by Richard S. Dorf & Robert H. Bishop.

In general these measures are often difficult to compute due to the complexity mainly of the integrals. The designer may have to acquire a lot of different outputs of the system for a wide range of the parameters (gains) in order to come to a conclusion regarding the values which minimize the chosen measure. Despite the fact that the optimal system is the one which minimizes a particular performance measure, the term optimal includes a certain amount of relativity due to the fact that the system is optimal with respect to this specific performance measure. If we choose another meausre, the results may differ. For example, the IAE measure provides more optimality than the ISE but it is even more difficult to compute. The book which I mentioned before provides more information as well as some specific optimal transfer function structures for the ITAE performance measure.

Not the answer you're looking for? Browse other questions tagged control-engineering control-theory pid-control matlab transfer-function or ask your own question.

0
The relationship between the I control and the stability margin
0
What is a definitive discrete PID controller equation?
2
PI controller for second order system
3
Controls Project: Help needed finding 3rd order system
4
Finding coefficients for a PID controller that minimize the integral of the squared error (ISE)
2
analysis of PD controller vs static-gain
0
Noise sensitivity transfer function
3
Differential Equation for: Locking a laser's frequency with a PI controller
1
What is the corresponding transfer function between r and y?