I made a waterfall hoping to use water as a piston for suction. I'm wondering if some of you could help explain why it's not working the way I was expecting.

This is the basic design: I have a 4 inch by 2.5 foot tube with a 5/8 inch opening on each side. The top has got a hose going to a drain of a 40 gallon tank and falls free at the bottom to fall in to the 40 gallon tank. My thoughts on this was that the tube filled with water would act as a hydraulic piston, though it's sucking air backwards in to the drain of the suction tube. 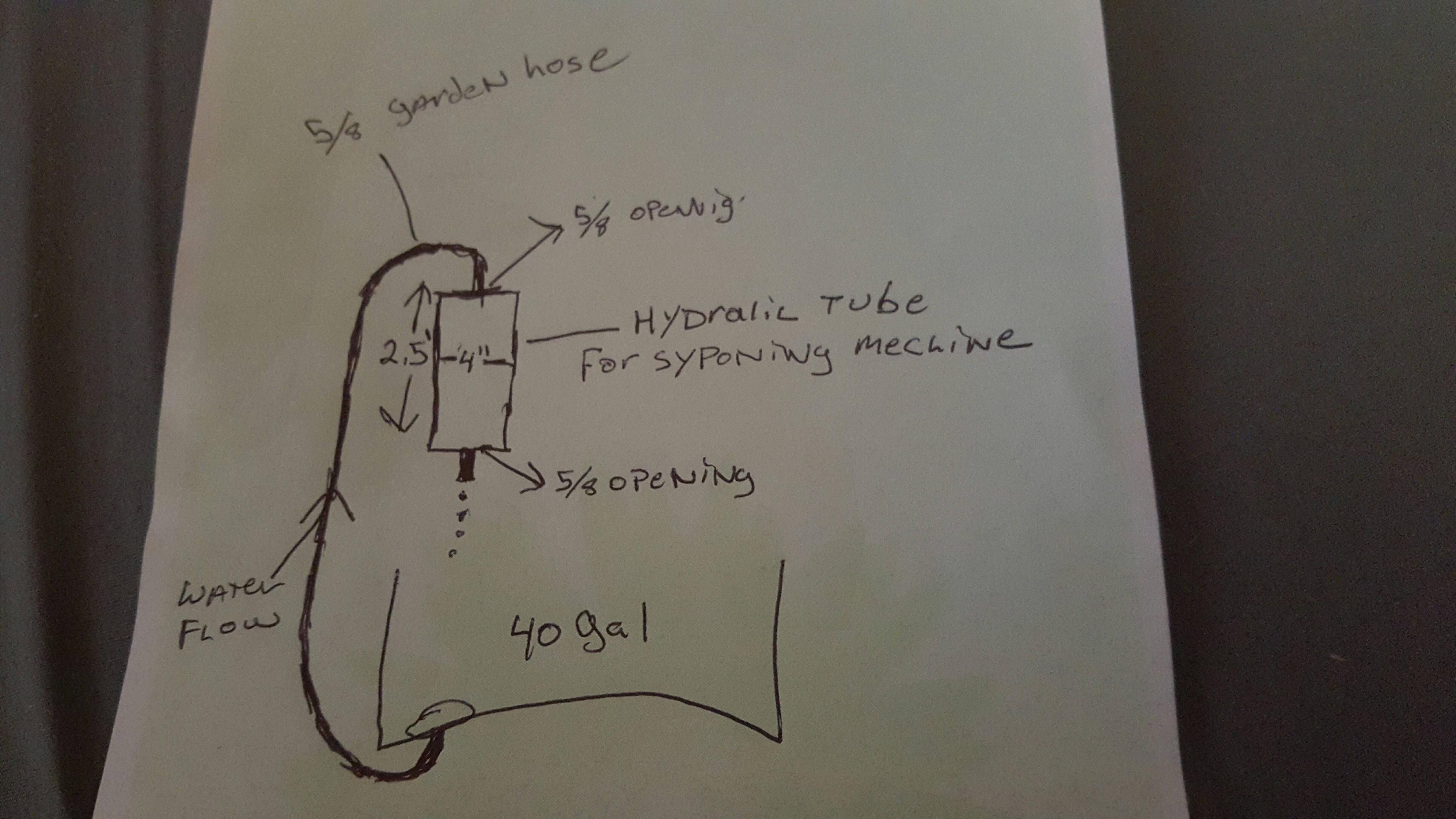 Siphoning works when water goes from a higher point to a lower point, such as from an aquarium on a stand into a bucket on the floor next to the stand. Siphoning only works when the start point is higher than the end point because there is a net decrease in potential energy of the water from start to end, so the system is reducing its total useful energy. In your case, the start point is the same as the end point. To see this, pick any point in your cycle and note that water starting at that point must eventually return to that point.

If we select the lowest point on the tube, then water going up the tube would gain potential energy proportional to the height difference of the lowest point of the tube and the highest point of the tube, and lose exactly the same amount of potential energy on the return trip from the highest point to the lowest point of the tube. The net potential energy change is thus zero. There are also frictional losses in the tube and other components, and to overcome these frictional losses requires useful energy. Thus the total energy required to move the water around the cycle is greater than zero. Energy can neither be created nor destroyed, and useful energy can not be collected from a uniform temperature reservoir (i.e. the atmosphere), therefore, you must add useful energy in some form to move water around the cycle. Generally this would be accomplished by a powered pump of some sort.

Not the answer you're looking for? Browse other questions tagged hydraulics siphon or ask your own question.