First off I'm not an engineer so please excuse the simple language I use to explain my question!

I have an arrangement whereby I have a steel plate suspended from basically a bridge. The plate is free to move up and down, guided in a channel by needle rollers. The vertical movement is controlled by an M4 threaded rod, with a load cell between the top of the bridge and the M4 nut, which is screwed in and out to effect movement. Hopefully the three images will convey what I'm doing.

The steel plate and its attachments weigh ~800g. If I suspend this outside of my test jig,I get a consistent mV output in line with what I expect to see.

However, if I raise the plate via the control nut, I can get an output that works out as 970g, and going down the reading can drop to 630g. It's not always this bad, but it was easy to re-produce this range, Note, readings are taken after leaving it to settle.

Can anyone explain what is happening here, and how to overcome it, or allow for it? 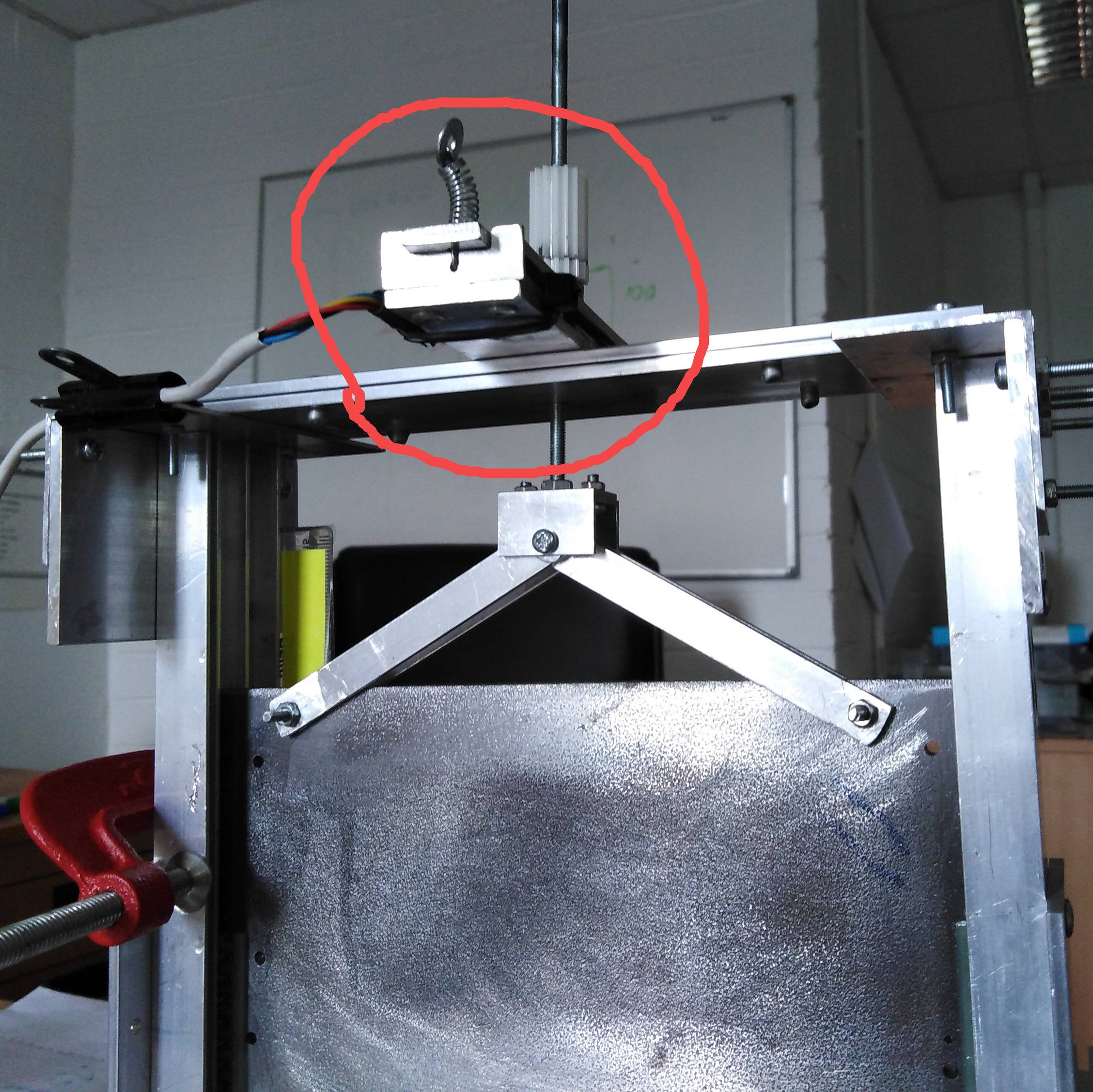 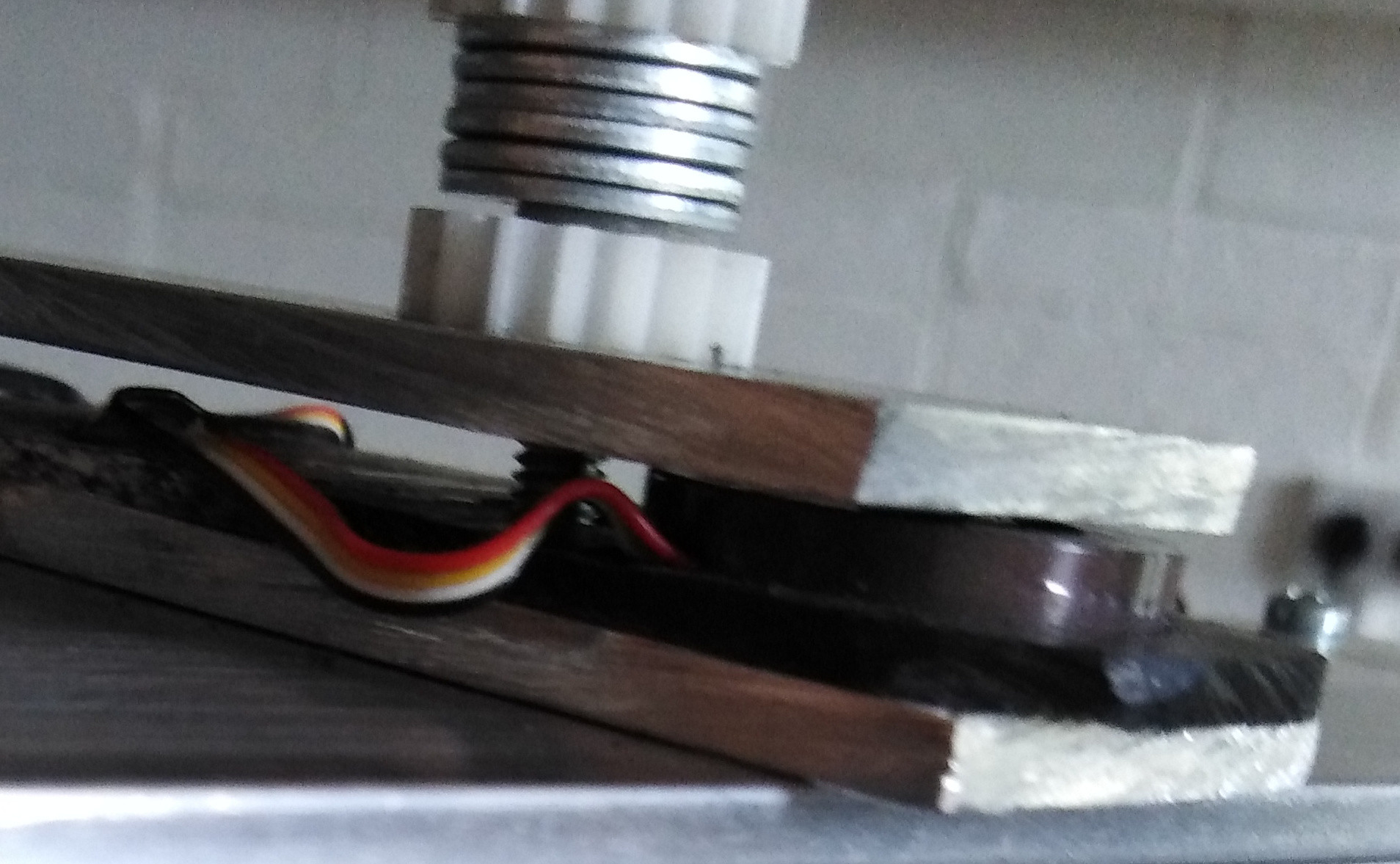 I would postulate, if you removed the bearings and allowed the plate to "clatter" between the guide edges the forces would compare favorably.

I'm not really sure why you would want to know the weight of the raising and lowering system unless you really expected it to change because of added mass during operation. If you can live with the frictional components so be it. If you expect service is to be required occasionally, then you might plan for occasional maintenance.

The load cell could provide the information of service being required, as the measured load separation between raising and lowering (as you have measured) expand.

I would venture that this is for controlling water flow in rectangular concrete channels. If dirt channels, your bearings are likely to get real dirty.

5
Could linear bearings bear axial load?
1
Does a washer really increase static friction force?
2
How does an air-bearing "pre-load" work?
3
Coupling of load cell with a plunger
2
How to design an enclosure around the load cell (Beam type)?
0
Derivation of static & kinetic friction formula
0
How does a single point load cell eliminate the inluence of moment/load placement