What Causes Asymmetrical Buckling in this structure?

I've been playing around with structural modelling on the SkyCiv platform and have created this structure, related to a project I am working on to educate myself. 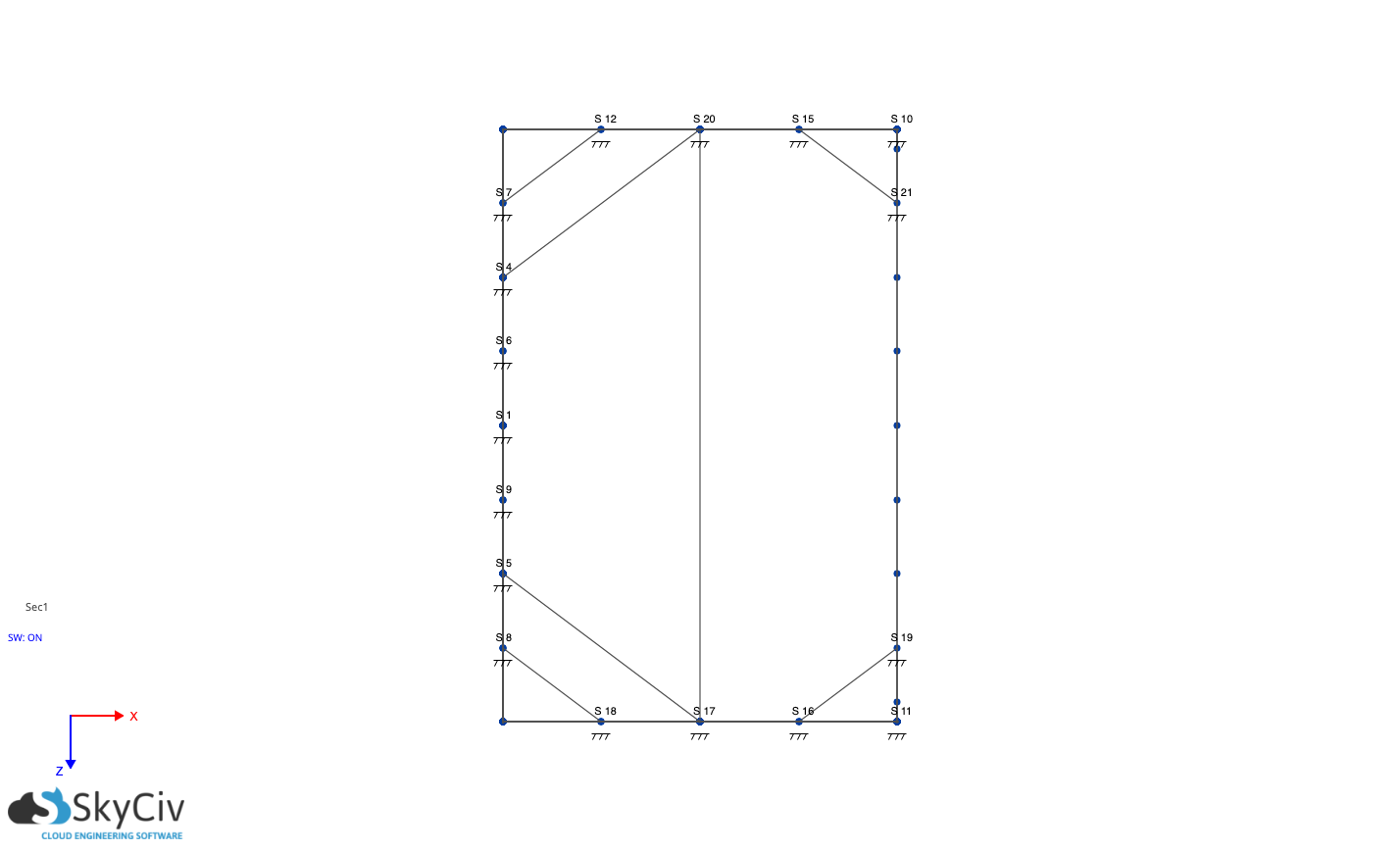 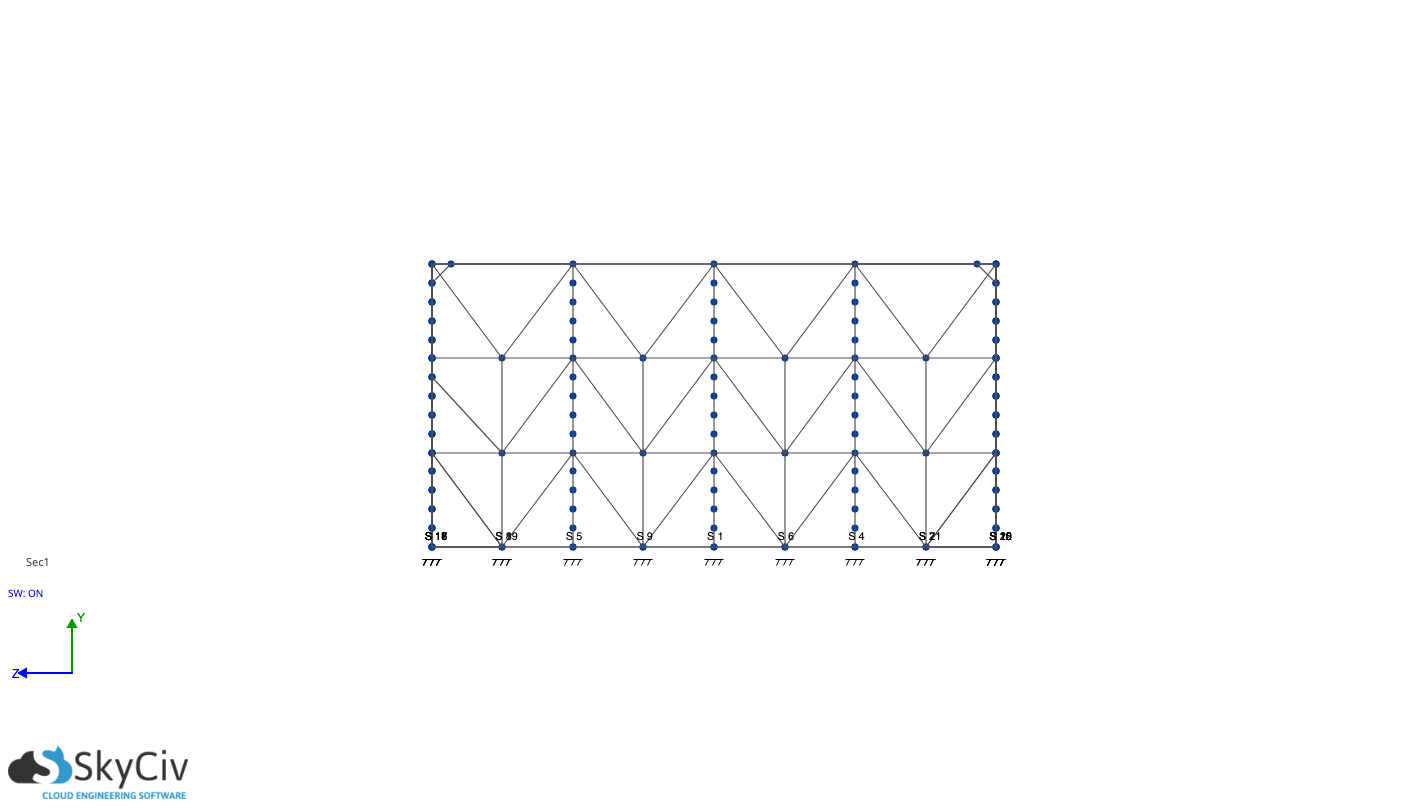 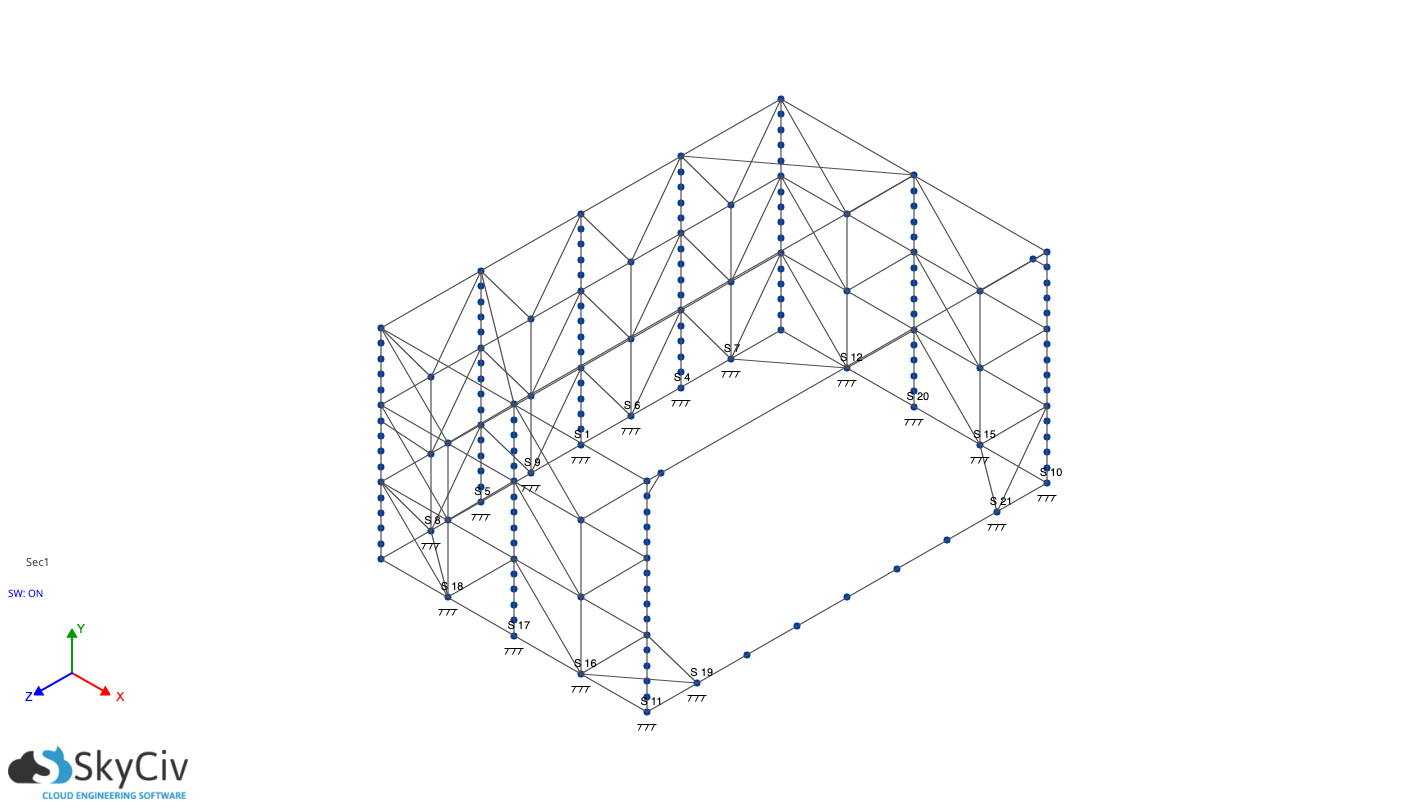 Every 10cm, there is a woven PE sheet of 2m x 3m x 0.4mm dimensions, there are 14 in total. Each sheet has 3kN force acting on it and therefore a pressure of 0.5kPa, which I'm assuming is distributed uniformly. It's quite hard to be sure, but I think the PE sheet has a young's modulus of 0.3, a density of 0.91, a poisson's ratio of 0.029 and an ultimate strength of 20MPa.

Whenever I solve these loads using linear static + buckling simulations, one side is buckling. What causes asymmetrical buckling? Is this a known phenomenon? I have triple-checked the model and it is symmetrical. 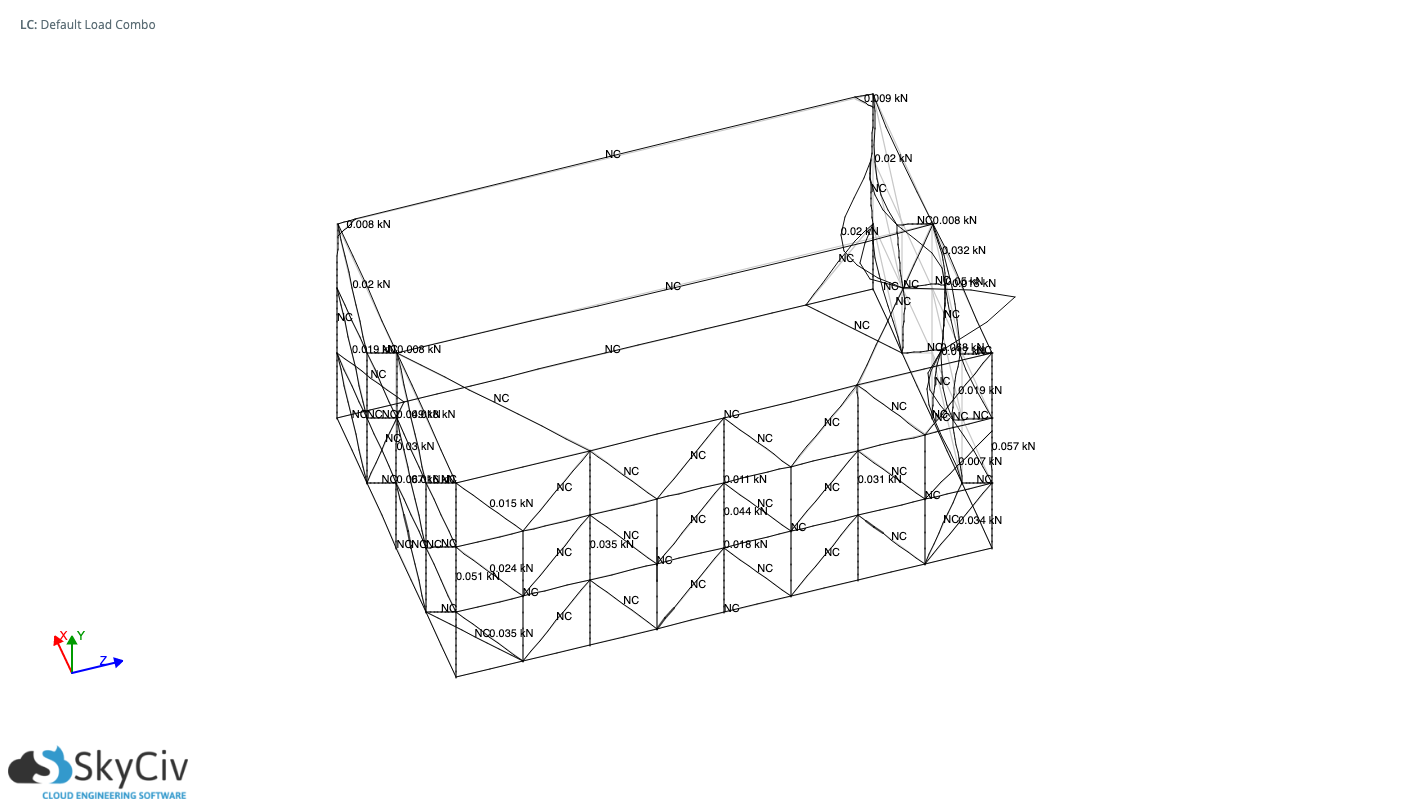 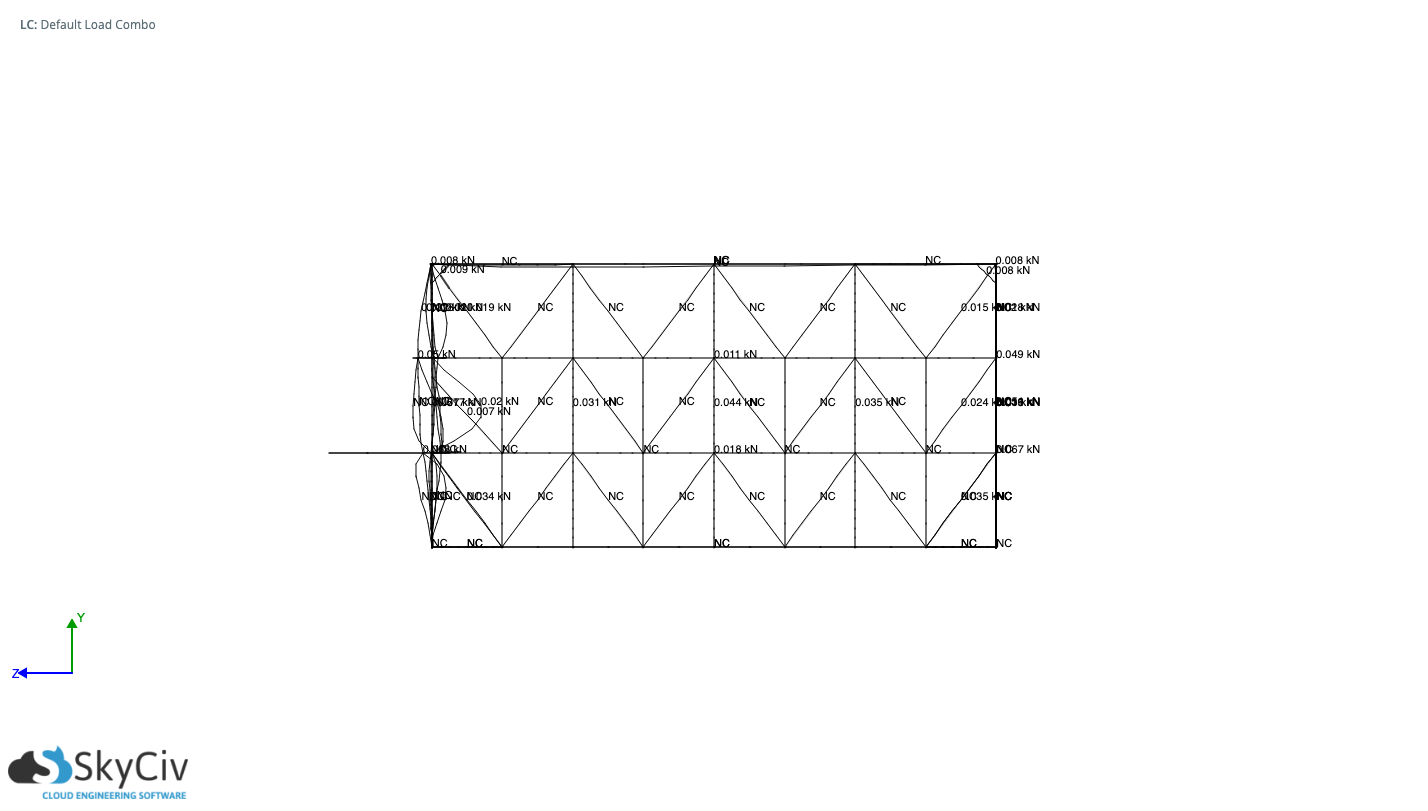 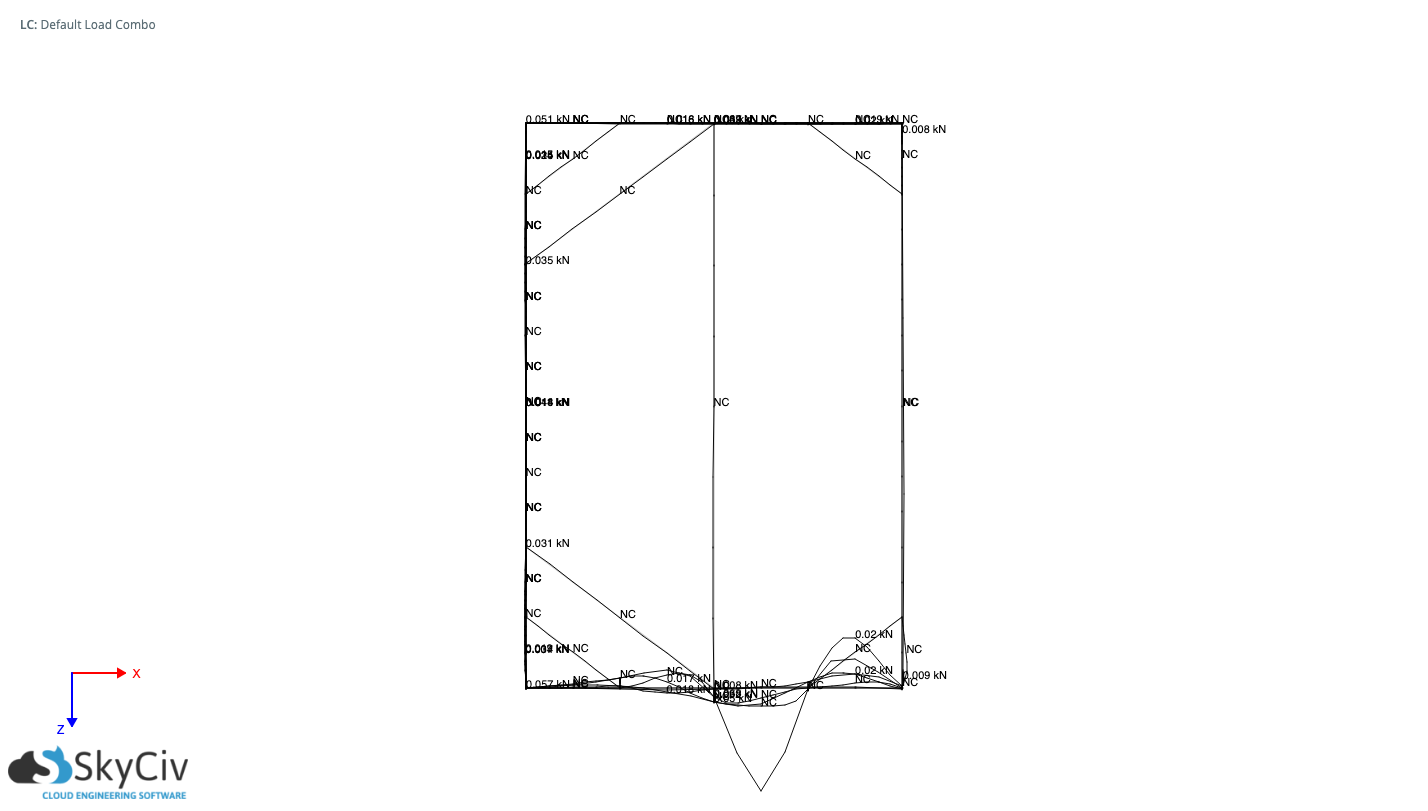 First of all, buckling is an instability failure mode. I.e. the structure resists up to a critical load, and beyond that the failure is very rapid.

In most textbooks, buckling is considered in single column members. (Obviously, buckling can occur in structures like the one you have.) In an example with two columns (see below), 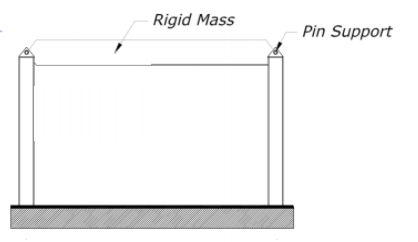 if you had two columns with one(e.g the left) having a smaller EI, then only one side would collapse, and the other would remain relatively intact.

In real life, when the properties are similar (cross-section/material etc) then the column that will start to buckle first will be determined by small imperfections, in either column.

A numerical simulation with buckling of two columns, theoretically two columns with identical characteristics will buckle at exactly the same load because the physical imperfections are not there. So if you set out to calculate the behaviour numerically with pen and paper you'd result into an identical load which doesn't explain what you are seeing.

In the extreme scenario, for a perfect column, buckling should not occur, because there is not an initial imperfection. (see below) (in a way its similar to the no 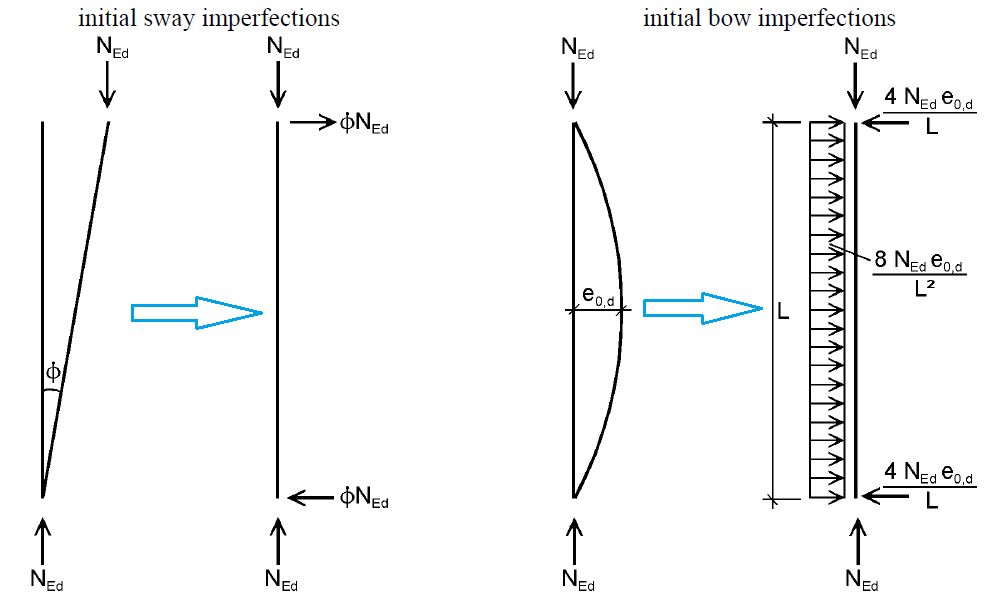 Some possible causes can be the following:

Any person would expect the solution to this problem to be 0, however you'd be surprised to see something like the following (left is Windows Calculator, and to the right is Octave - a Matlab clone. Click to see in more detail) .

So, internally the way a decimal number (as in the XYZ coordinates of a node) has tiny discrepancies, which can act as imperfections for buckling. This is a much more plausible/common place.

Given the type of the problem, I would expect reasons 2 and 3 are most likely explaining the behavior you are observing.

Not the answer you're looking for? Browse other questions tagged structural-engineering structural-analysis structures buckling or ask your own question.

1
Critical Buckling Load for a Spring Supported Bar
0
Euler buckling formula,triangular structure
2
What is meant by "perfect geometry" in the context of Euler buckling?
0
Why is buckling caused by nonlinear geometry?
9
Definition of buckling as a sudden deformation
1
Buckling of Parallel rods
0
Meaning of this sentence in lecture notes about buckling of nonlinear column