How to calculate the deflection displacement of a circular looped, closed bending beam?

There is a given ring A, with a given cross section B. Ring A is placed on Columns C. The number of the columns is a variable, but minimum three. The linear distance X between two columns can be calculated, as well as the distance along the arc length.

For a large ring with a high number of columns, the arc length may be approximated to a linear length. 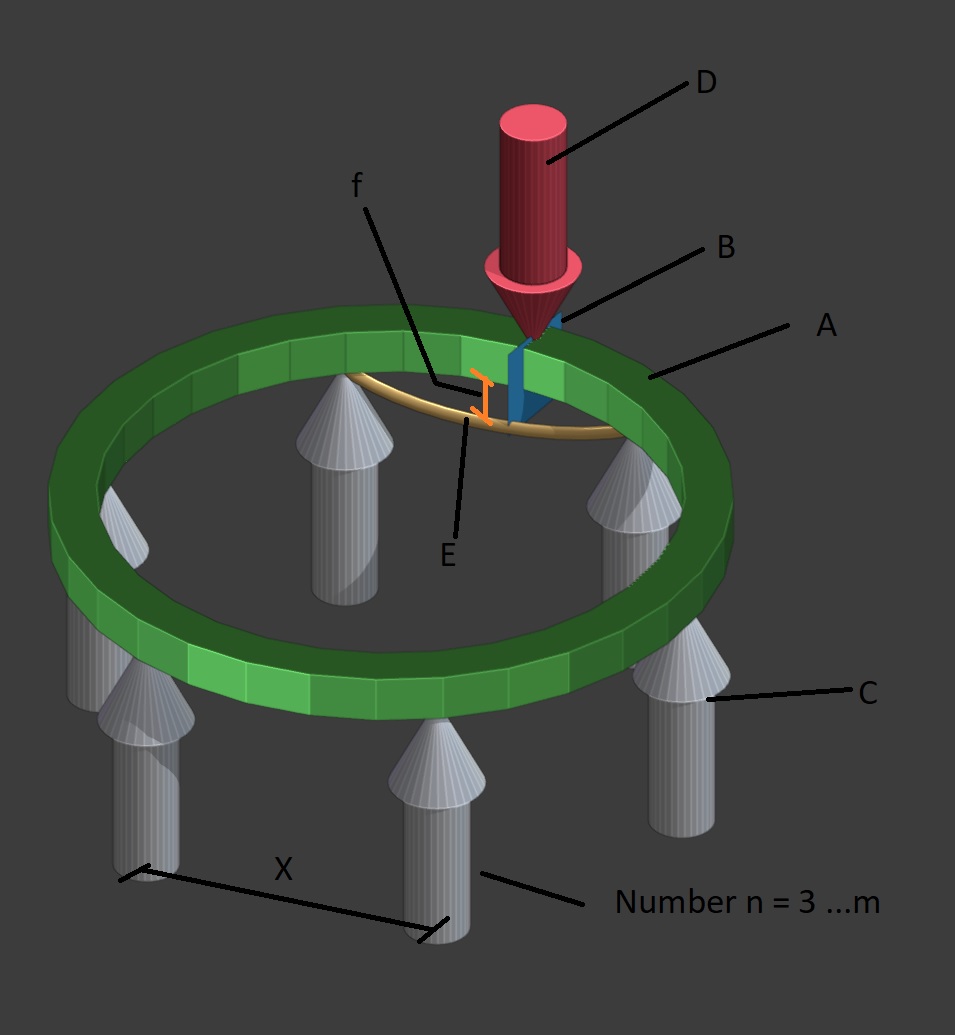 On that ring, a known point load D is placed right between two columns.

In the given Image, E ist the bending curve of the deflection displacement.

How can the deflection displacement f be calculated?

Any help is appreciated.A approximation method would also be helpful.

I am going to assume here that you will use the curved section between the two columns as a straight line, to introduce simplification. Otherwise, there might be chance for the whole ring to topple.

Considering the case you are gluing/welding them ontop of the columns, then you may refer to the link below to calculate the displacements within that region of the ring which is lying between the two columns. The rest of the ring can be assumed to not experience any deflection.

How to calculate Deflection of a beam fixed at both ends

Now, when you consider that you are just placing the ring ontop of the columns, then both of the ends can be assumed as pinned supports. A pinned support means that the ring at the supports cannot move in perpendicular or sideways directions, but can rotate at that point. (You may further research about what pinned supports are). There is an assumption here that the ring at the support cannot also move in the perpendicular up direction (although it can in the figure as you shared). Another assumption is that it cannot move sideways because after coming into static equilibrium, it will not be possible for the ring to move sideways. However, in this case, the rest of the part of ring i.e. which is not in the region between the two columns will also experience deflection.

How to calculate Deflection of a beam pinned at both ends

Since the ring is welded to the support posts. Assume the assembly is stable, the posts are non-yielding nor buckling, and the welded connections can be assumed fixed. Then you can use the solution provided by the "Roark's Formulas" - Table 9.4 Case 1 and 1e as shown below. You shall use Case 1e to find the support reactions, then use Case 1 to find the deflection. The terms and parameters are listed at the bottom of this answer. Please note, you may also need to know how to use the unit step function. 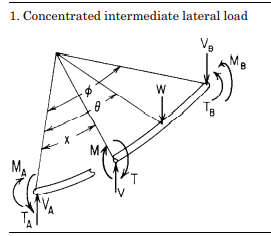 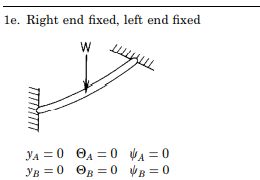 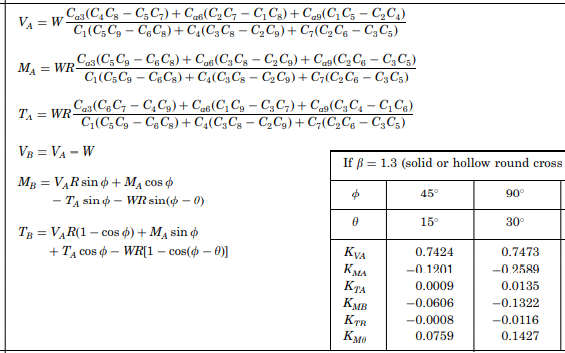 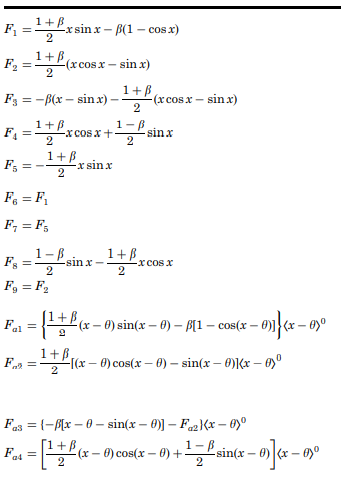 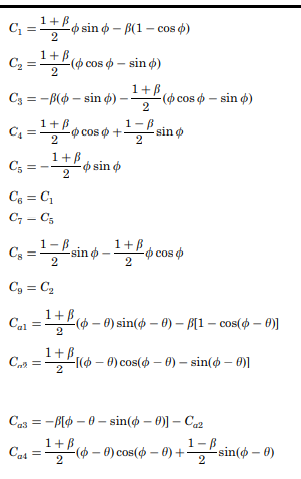 1
How do the springs really work in my design?
2
Maximum deflection of a beam with both ends fixed and distributed load
4
FEA: What boundary conditions am I missing?
2
How to calculate bending of shell
0
Advice for designing internal structure of glider wing
0
Maximum I-beam girder S12x31.8 span
2
Bending behavior of built-up C-Channel