Which force generates the reaction moment in a fixed support

The question is: Which force causes the reaction moment at a fixed joint ?

Lets consider a very simple example, a beam with one end connected by a fixed support to a wall. 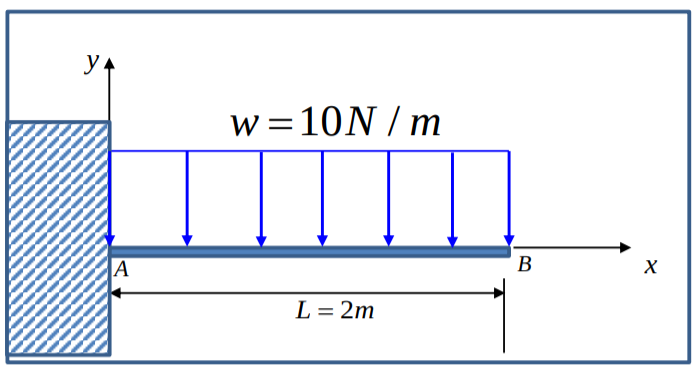 Focusing on this example, suppose F is the horizontal reaction force. From the force equilibrium condition along the x direction, we get that this force has zero magnitude and thus cannot generate the reaction moment.

So, to conclude, if the moment at A is caused neither by the vertical nor the horizontal reaction force, by which force is it caused?

I interpreted your question as 2 separate requests. 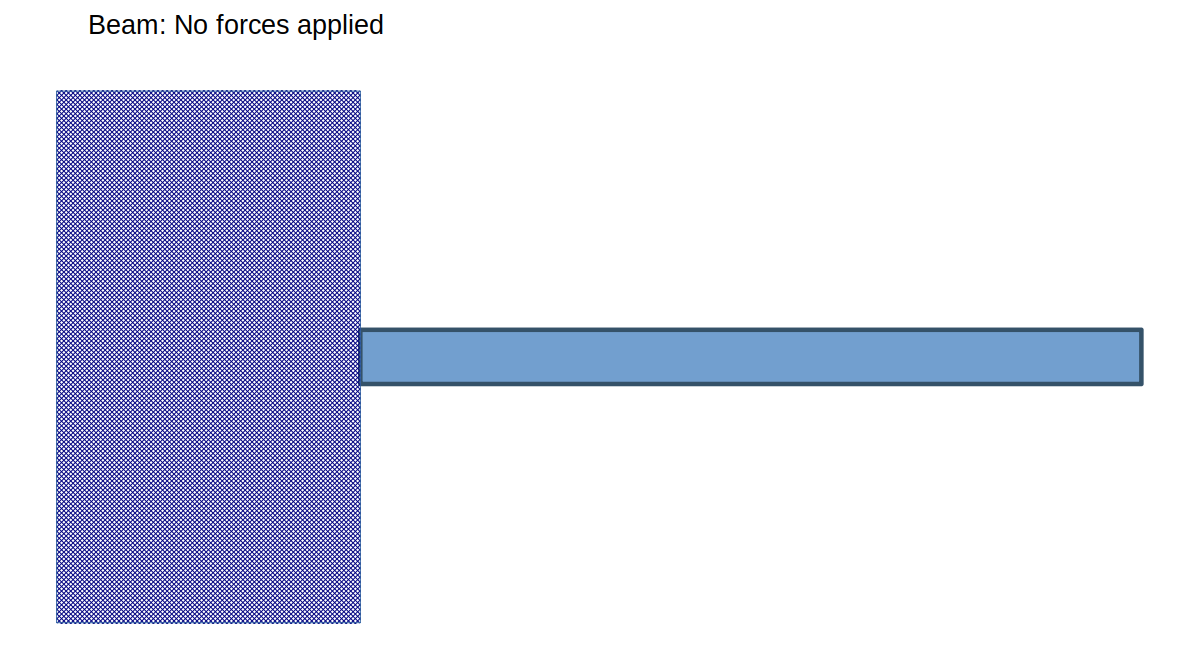 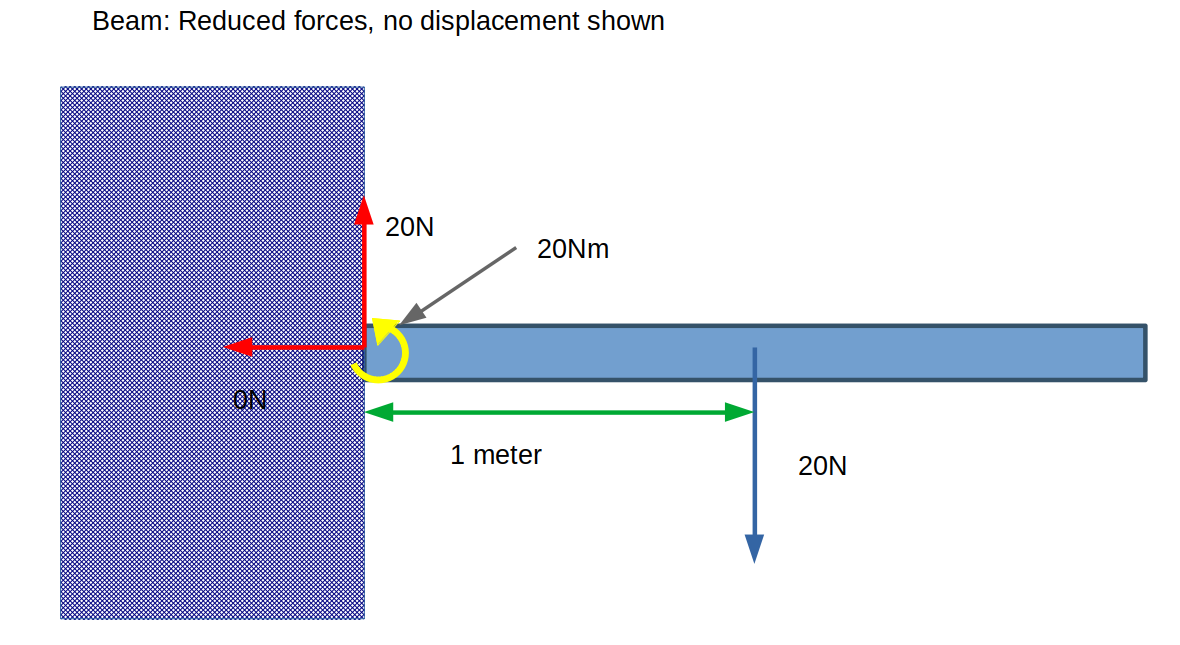 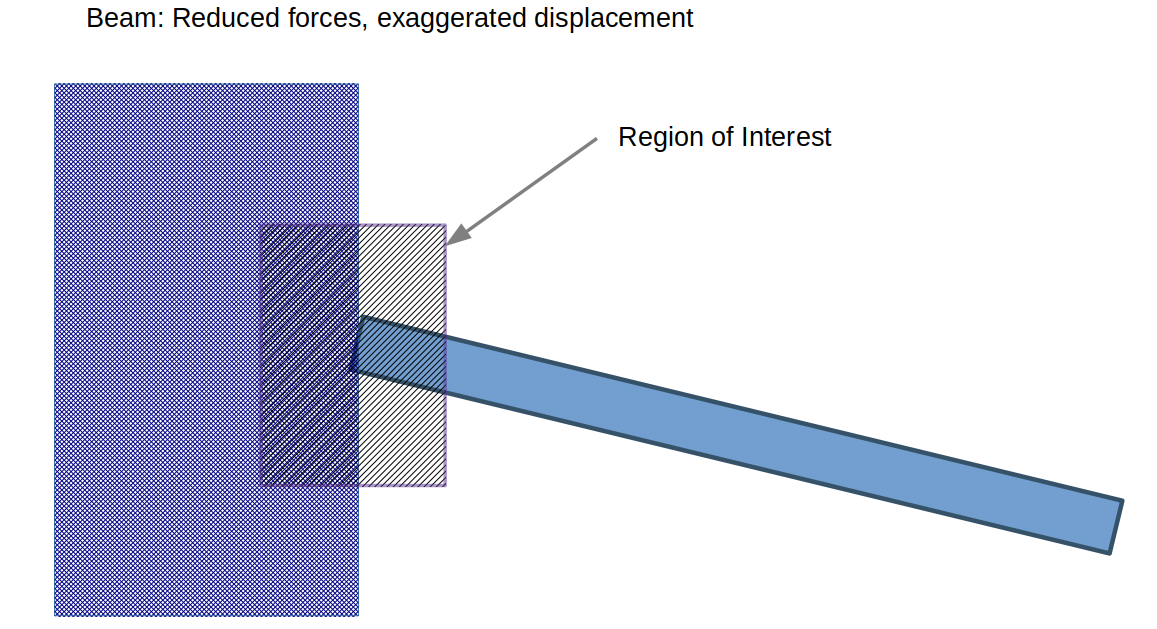 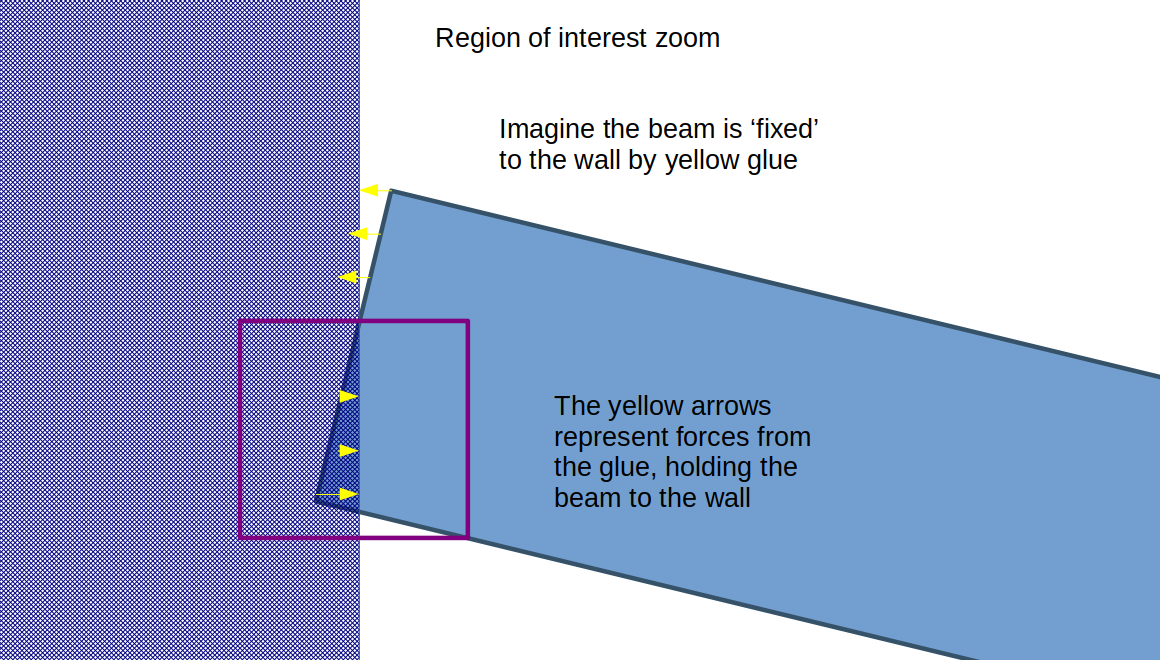 Q2: Here is the final solution to a section cut 'C' at 1 meter into the beam. PLEASE keep in mind you should make sure you fully understand how I calculated all the forces and moments here. Essentially, you want to cut the beam, and make sure the sum of the forces on (both of) the beam(s) and the sum of moments is 0, just like you would do for other statics problems. Again, the new pivot point is 'fixed'

The internal moment of the beam at 1 meter from A is 5N-m because through static equilibrium: 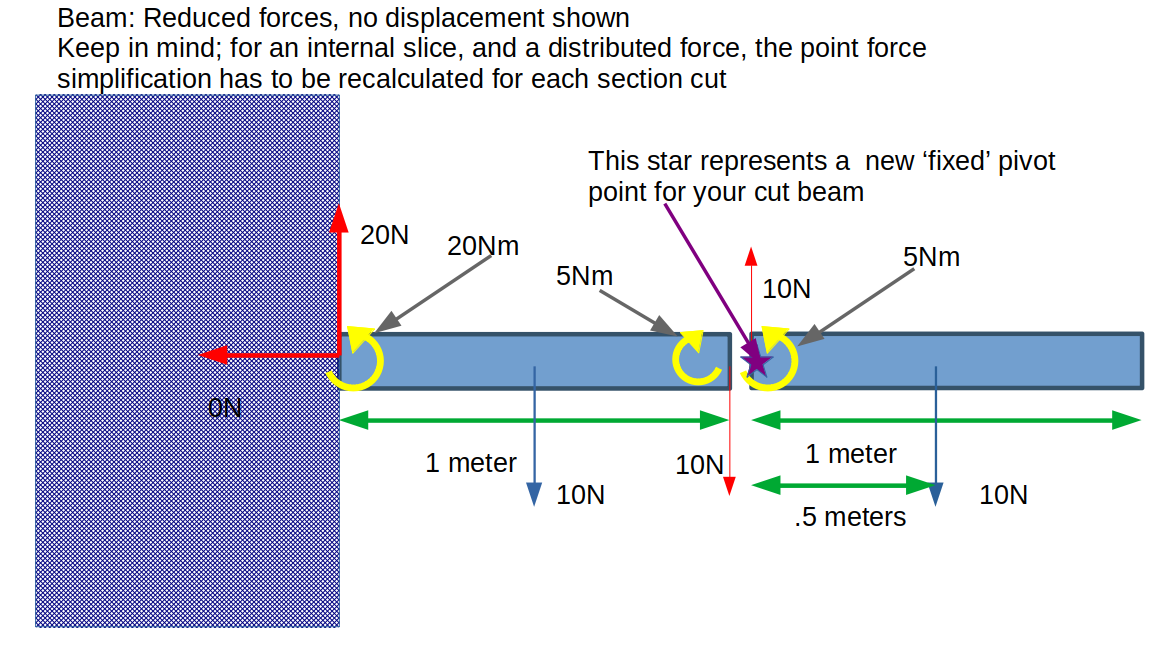 the moment at pont A is the sum of contribution of all small defferential dx moments along the beam's length.

It can be simplified as the moment of the total load acting at its CG.

I think your are confusing the free body moment on a random point with the moment at A.

IMHO you are confusing the "moment of a force about a point A", with the the "reaction moment" that develops at the support of a structure, and more specifically how they are calculated. Although they are related there are not the same thing.

The first one is a very fundamental concept in physics. Moment of a force is the product of force times the distance of the point from the force carrier (colinear line to the the force).

The reaction moment that develops is developed by the structure. Although in statics we assume rigid structures (i.e. small or nonexistent displacements), in real life all structures deform. The deformation of the structures may have a significant effect on the structure.

What I am trying to arrive at is that "the carrier structure as well as the load determines the support reaction".

Additionally, regarding the part of your question

This sentence is wrong on many levels, so it would be best if you actually did the math so that we could tell you where you got it wrong. I'll try to explain it with a small example: Assume C is right at the middle of the beam in your post.

In that case the CB section has a length of 1m, and the total transverse force on it is 10N. The reaction that develops on C is based on those values, so on C there is a Transverse force of 10 N and a 5 Nm bending.

On the AC section, again the length is 1m, and the total transverse force on AC section is 10N, however on C, there are also present the reactions from the section CB. Those forces are a Transverse force of 10 N and a 5 Nm bending (with opposite direction that above). So although there is a cut at C, the reaction forces that develop at C are such that the entire structure is in static equilibrium.

1
Buckling of a cantilever with midway support
1
Shear force and bending diagram un-uniformly distributed load
2
The internal normal force, shear force and moment
0
Calculate deflection of a beam with an arbitrary shape
1
How to determine the fixed end moment?
0
How to derive fixed end moment of a beam fixed at both ends with a point force not in the center
0
Moment of a force
1
Horizontal "pinching" force of an arch with applied moment
0
What causes an EUC to propel forwards when leaned forwards?