How do I create a 3D helical sine wave in Solidworks?

I'm trying to place this blue helical sine wave around the helix (which I already thickened) that is wrapped around an ellipsoid but I just can't make it work. What I'm trying to create is that body which I have created first but with wavy grooves along the outer edges of the helix.

I have just started using Solidworks last week so I'm not that familiar yet with most of the commands and features. I hope someone can give me an idea on how to solve this problem. Thanks in advance. 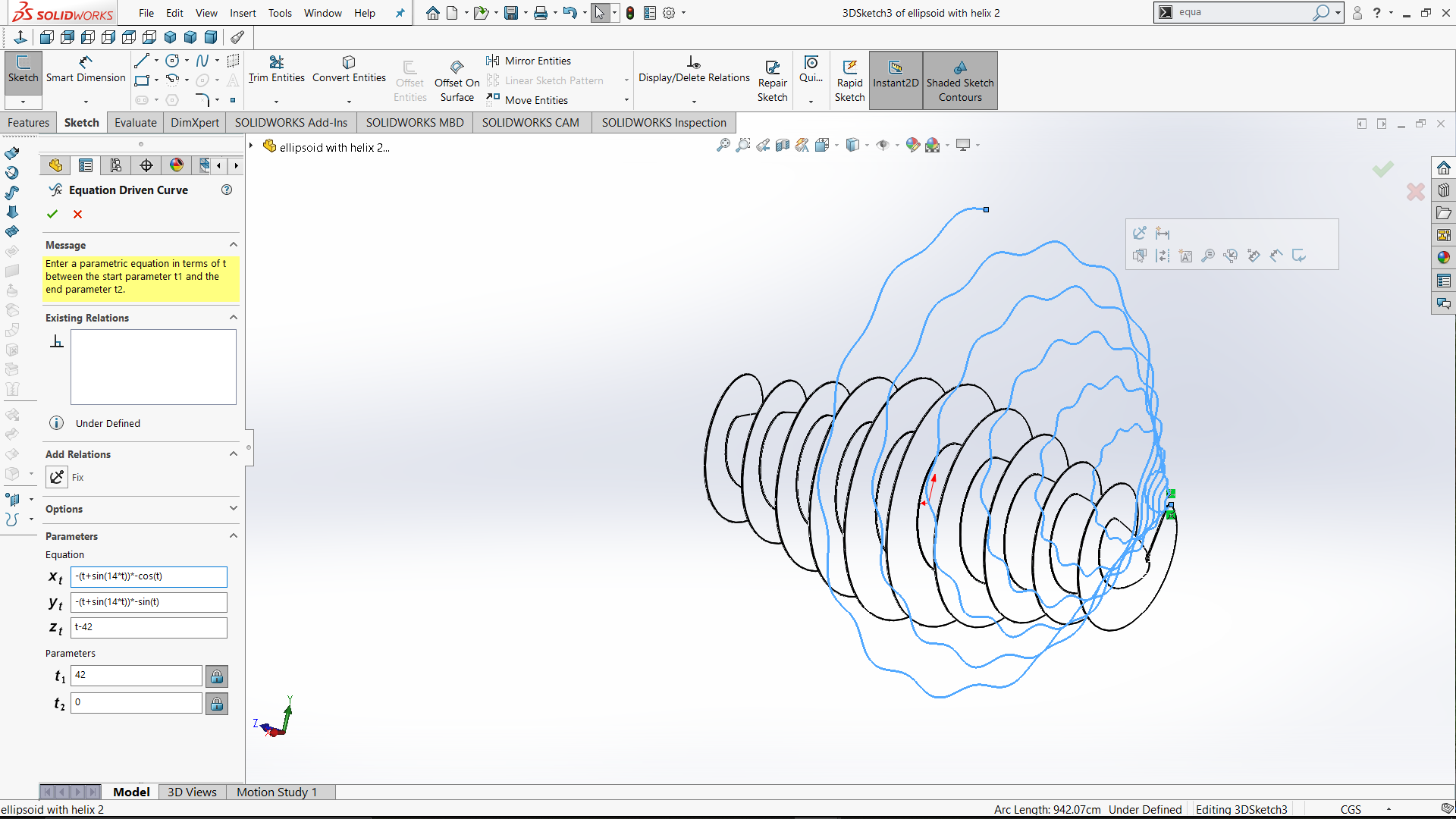 You can change the parameters in the above equations.

Not the answer you're looking for? Browse other questions tagged mechanical-engineering solidworks or ask your own question.

0
Cannot Create Centerline between 2 Holes in Solidworks Drawing
0
Modified Sine Equation
1
how to pattern a cut-loft around a helix
3
How to model Motor Windings in Solidworks?
0
Mirror an entire part in solidworks to create a new part