How to create laser cutting files from solidworks for cardboard box

I'm working on producing some carboard items from Solidworks. In order to manufacture these items, I need a 2D drawing which I can supply to the laser cutters, which they will follow. It is easy enough to create items with simple shapes: outline; cutouts & extrude. And it's also very straight forward to create a drawing from such a simple 3D part. But for cardboard boxes where you'll often want to add line cuts, how can you reflect this in the drawing in Solidworks. Obviously, it's impossible to generate a feature from a line. And without a feature, you can't propagate the line into the drawing. 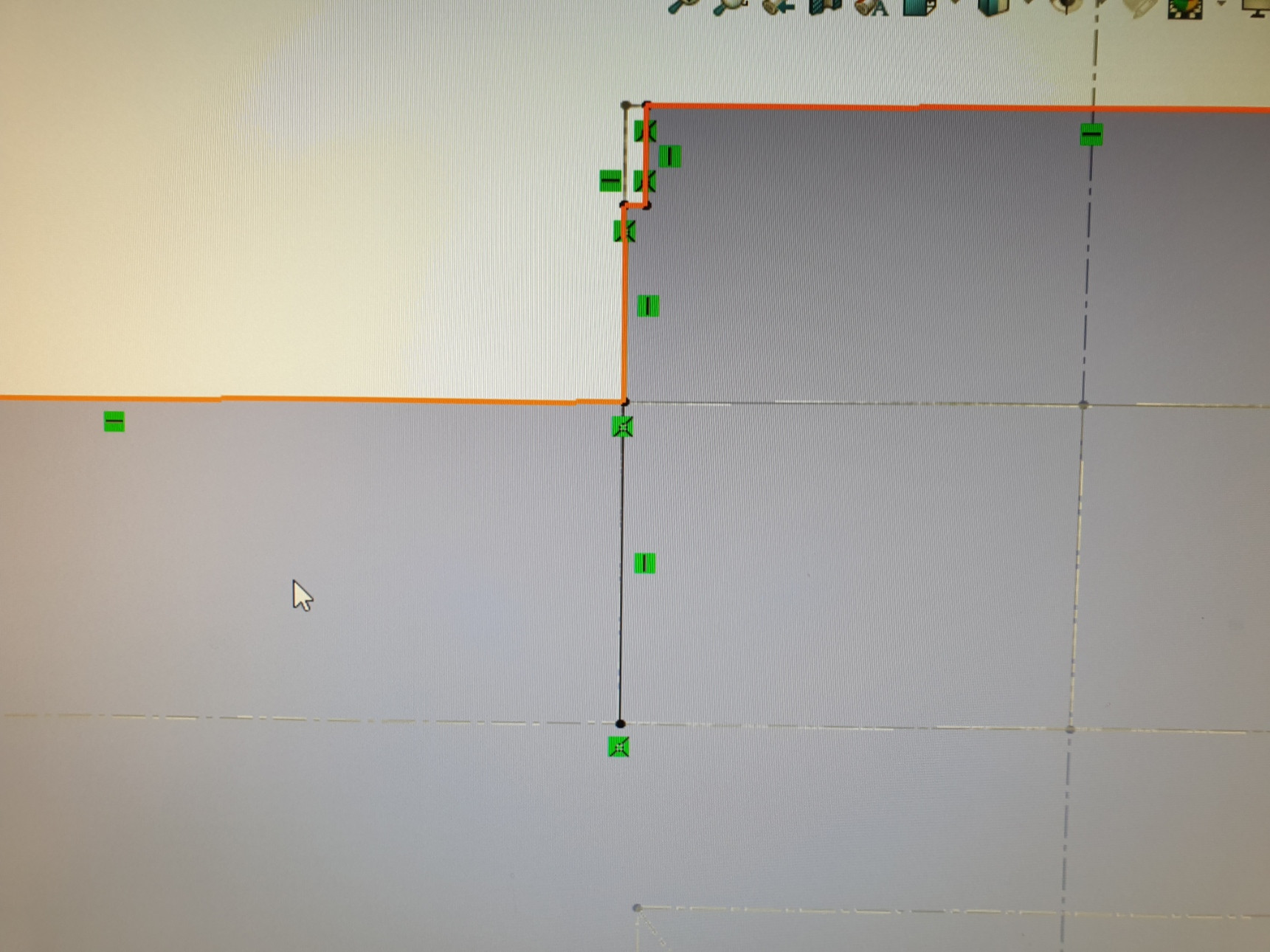 So in this example the free hanging line is illegal. I'd need to convert it into a slot to create the feature properly. But what I really want is a single laser cut. Not a slot.

One work around is to just make each cut into a full cutout with a width of say 1mm. But doing that means I end up cutting twice as much and paying more. Is there a way of adding single line cuts. Perhaps by converting a sketch directly to a drawing without creating a feature first?

Dashed Cuts for bending guides... The best way to do this appears to be with a single dashed line. The goal again is to produce a simple drawing which the laser cutter will follow. The dashed line requires no interpretation. The laser cuts where there is a line, and it does not cut where there is no line! Short of actually drawing each tiny line segment, is there a way to achieve this? This is compound by the above concern, that I don't yet know how to produce a drawing that shows a 1D line, much less a colineal series of lines to produce a dashed bend line.

Well the main problem is that a B-Rep model can not end up producing nonmanifold edges. The thing is a laser obviously has a kerf and your CAD application is intended to model the end result after cutting. Even a cut without a Kerf would produce a cavity with 4 sides. Obviously optimization like this is the CAM modules job.*

But if you must like to suggest an alternative approach just make the individual line cuts as a separate sketch entity and then include the lines in your final 2D export.

As for dashes who cares just make the line a different category and let whoever is downstream worry what different lines mean. Data is still going to go to a CAM operator (even if its you).**

Thing is your treating soldworks as a direct modeller, don't. Its an indirect modeling engine.

* Note that some operators like say LaserBoost actually tell you bluntly that you are not allowed to do these one line cuts. This also makes sense, there is really no provision in technical drawing standards for what the nonmanifold line would mean. So you would need to explain things anyway, and have huge problems if you for some reason have QC problems.

** different layer or color etc. This way if worst comes to pass nothing in-between mangles your dashes to actual dash segments which is bad indeed. Think about categories of things not how they look on output as that's undecided in the pipeline anyway.

Your also not expecting to define starting point of cut job, cutting direction of each line in the model etc. in solidworks so there's still a lot that gets done by something/someone downstream.

Not the answer you're looking for? Browse other questions tagged solidworks or ask your own question.

1
how to pattern a cut-loft around a helix
1
On modifying imported STL files in Solidworks
0
Increasing the style spline resolution
0
Coiling and bending pipe in 3D model
0
Solidworks - The protrusion disappears when I enter into sketch mode? What am I doing wrong?