how to pattern a cut-loft around a helix

I'm trying something fancier.. hopefully it will be clear from the screen-shot.. linear and circular patterns work. now, however, I'd like to spiral the cuts. first try isn't working.. it gave me an error at one point, but I didn't comprehend it, and it hasn't shown up again. 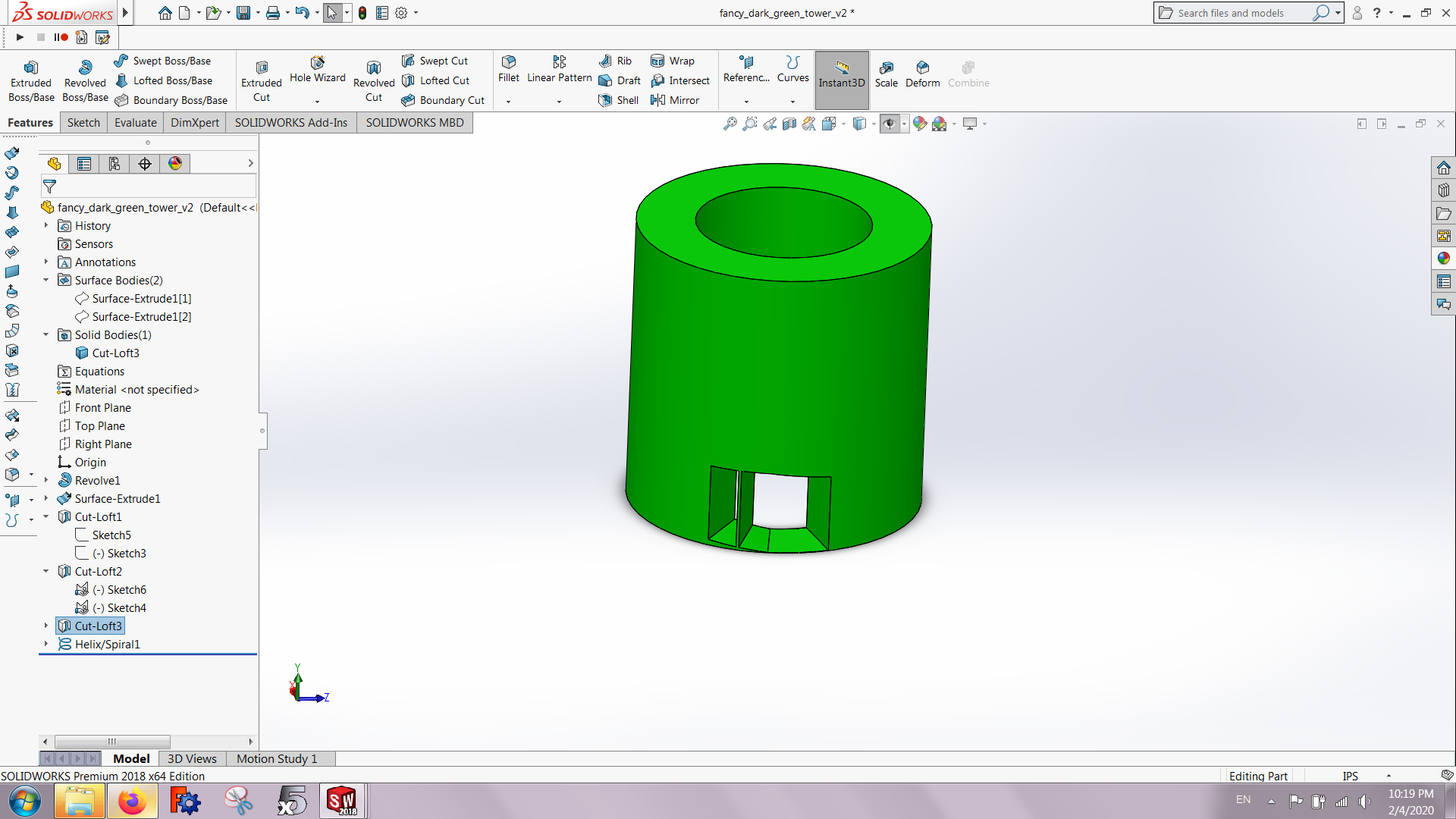 here is a second screen-capture presenting the problem. I try to select the outside of the cylinder as the surface that the pattern should be normal to, and it doesn't work.. 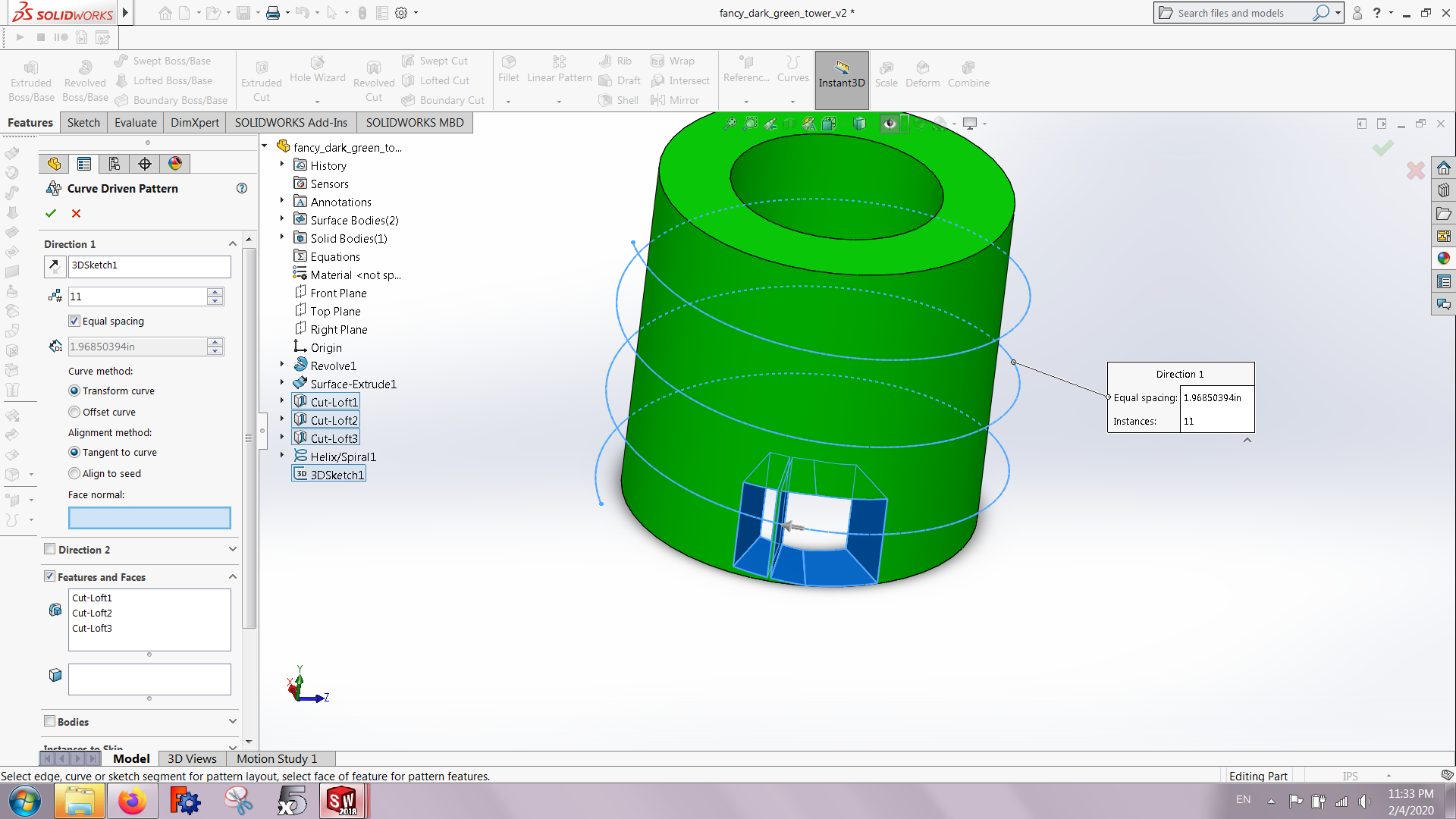 partial solution: I tried the following (somewhat lame, it gave me no sound?) tutorial and this time it worked: https://www.youtube.com/watch?v=X9xSMBdqcr4 . two things I've learned: the first one.. is rather trivial but irks me for some reason. a helix can't be created from an existing sketch, you have to create a fresh sketch just for it. this seems.. wasteful of time and effort, particularly considering the second thing I've learned: in order for the curve driven pattern to work, the helical path -must- be on the surface to which the object to be patterned is to be normal... so the question would become, why is solidworks built this way. is there a reason for it, or is it just an oversight? :-)

I've pretty much answered this in the comments, but didn't want to hyperlink an image:

Another thing to note - you can use the helix feature directly as your path, there's no need for a 3D sketch. 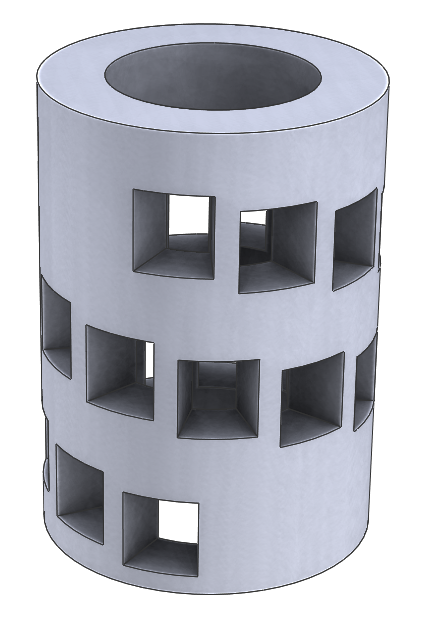 3
How to model Motor Windings in Solidworks?
0
Quick Solidworks question: How to cut a 3D part along a line in a sketch?
0
Coiling and bending pipe in 3D model