tl;dr: After an extended conversation with an old-timer, I realized a few things:

I thank all of you for your ideas and your analysis. If anyone is interesting in seeing how the project unfolds, keep an eye on waterunderground.net. It's pretty empty at the moment, but should have more content in a month or so.

I am designing an open-sourced well & water-usage monitoring system for people in Northern California. The goal is to be able to measure water flow from well-to-tank, tank-to-house, and tank-to-irrigation, plus monitor the water depth in the tank and the well. Our current target parts cost is under \$200 for a system including CPU, 3 flow sensors, and 2 pressure sensors, although we think we may be able to get it closer to \$100 after a few design iterations.

We appear to have the flow sensor portion solved now that we finally have a supplier of Female G1 => U.S. 1" slip adapters to integrate cheap Hall effect sensors into a standard U.S. piping environment. The depth measurement solution is not so straightforward.

I'm asking for a sanity check on my reasoning here before I go off and start buying stuff that is wrong, either in size, type, or altogether.

I need a low-cost way to measure the depth of 2 columns of water with moderately decent accuracy, say +/- 5%. Although our own property is site Alpha 1, we would like a solution that scales up, or down, for other properties with similar needs.

We have the following criteria:

Amongst several solutions considered so far, our current front-runner is a "bubbler", as described in this article:

A bubbler-type level sensor is shown in Figure 3. A dip tube having its open end near the vessel bottom carries a purge gas (typically air, although an inert gas such as dry nitrogen may be used when there is danger of contamination of or an oxidative reaction with the process fluid) into the tank. As gas flows down to the dip tube's outlet, the pressure in the tube rises until it overcomes the hydrostatic pressure produced by the liquid level at the outlet. That pressure equals the process fluid's density multiplied by its depth from the end of the dip tube to the surface and is monitored by a pressure transducer connected to the tube.

We are planning on using:

Note: although we can easily calibrate the reading from the tank sensor, the well may be more problematic. In our own case we have a way to use a drop-line to directly measure the well depth and water column height, in other cases this may be difficult.

User null asked if there was unnecessary redundancy in the system; wouldn't just the depth in the tank be sufficient? Not really. Each of the measurements gives us some information the others do not. Although there is some overlap in what is being measured, I see that as an opportunity for a sanity check on the system.

For example, if the measured flow from the well does not have a fairly close correlation (shifted in time because of the tank) with the combined flows to the house and irrigation system, then something is out of whack.

Combining the flow-from-well chart with the well-water-depth chart can give critical information about the well's recharge rate. If recharge is dropping off, then we have some serious trouble coming toward us.

Finally, if our well-water-depth is dropping and we aren't using that much water then it could mean that one of our neighbors, say the the 300 acre vineyard about 1/2 mile up the hill, is over-pumping. Unfortunately, California is the only state without any regulation of below-ground water, so we can't stop them, only get ready to order a 3,500 gallon load of water for $175 a pop.

An alternative could be a barometric chip enclosed in a waterproof container with a membrane, weighed down to rest at the bottom.

A barometer circuit for Arduino is available from Adafruit for under $10. If you go for standalone chip, you can reduce the price even more. It communicates over I2C, so you can attach it to BeagleBone as well. Your worst headache now is an enclosure that is entirely waterproof but doesn't isolate the inside from pressure changes - some kind of flexible membrane would be necessary.

The accuracy would be somewhat affected by weather (air pressure) with about +/- 0.5m inaccuracy though it may be nullified by a second barometer on the surface, measuring the air pressure.

As usually, the device would need to be callibrated in software, individually, by submerging it to two known depths and recording the readouts as fixed points, letting it extrapolate from there.

I think your actual goal is to measure the volume of water in the tank.

At least for the tank, you could apply strain gauges to the base of the tank. More water in the tank means more weight, which in turn means a different amount of strain. The exact relationship depends on the base and how you apply the gauge.

The advantage is that you do not have to put anything inside the tank. The disadvantages are that this will not work for the well.

Measuring water in open channels is a basic element of water conservation. With the increasing demand for improved water management techniques, there is a serious need for low-cost and accurate water-measuring devices like flow meters & Liquid Level sensors.

Ever since the development of the Parshall flume, attempts have been made to simplify the construction and improve the accuracy of water-measuring devices in open channels.

The circular flume is an appropriate device for measuring flow through furrows because its circular shape fits to the natural shape of a furrow, reducing the possibility of lateral flow around the flume. The device also has been used successfully in lined and unlined canals.

This is just my raw information which i've shared with you, further you can also study about it

Depending on accuracy and sustained purity of water (doesn't need to be particularly pure or dirty, just keep the same level of purity), a very cheap system would be two wires exposed to water (e.g a double wire with isolation stripped on one side), immersed in the well/container.

All you need is to measure the resistance between the two wires; apply fixed voltage through a resistor, measure voltage drop between the wires. 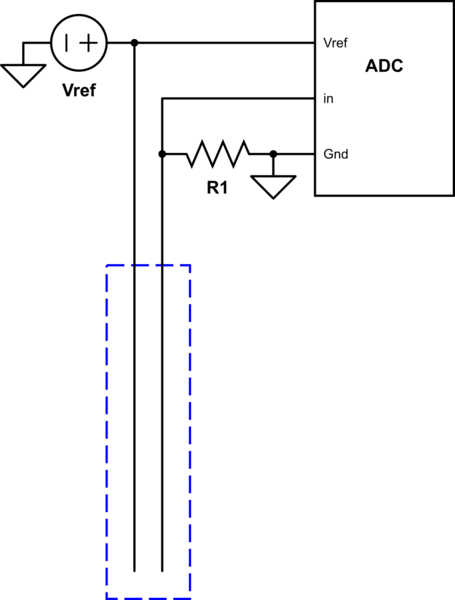 The water, allowing current flow between the wires at varied distance makes them create varied resistance depending on how far they are immersed. Callibrate the system making measurements for specific depths. Both Arduino and BeagleBone have ADC on board, and the components (other than the boards) will be below $3. This will fail though if the water purity changes as the change in water resistance will utterly thwart the fine readings of wire resistances.

This can be bypassed with a circuit similar to this one, but keeping the wires in isolation (including the immersed tips; some hot glue perhaps?) and in a higher distance from each other (e.g. a Ladder Line twin-lead wire) - but in this case you need a somewhat more complex circuit - an LC frequency generator with the two wires acting as a capacitor. The water level will act as dielectric changing the capacitance of the line, and you need to measure the frequency changes in software. Still, the circuit board shouldn't be more than $15 or so.

RE: for your well: 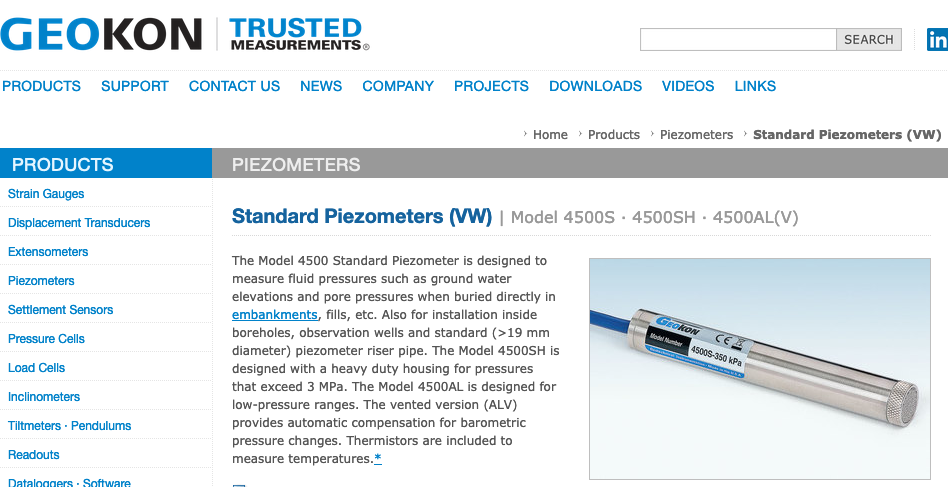 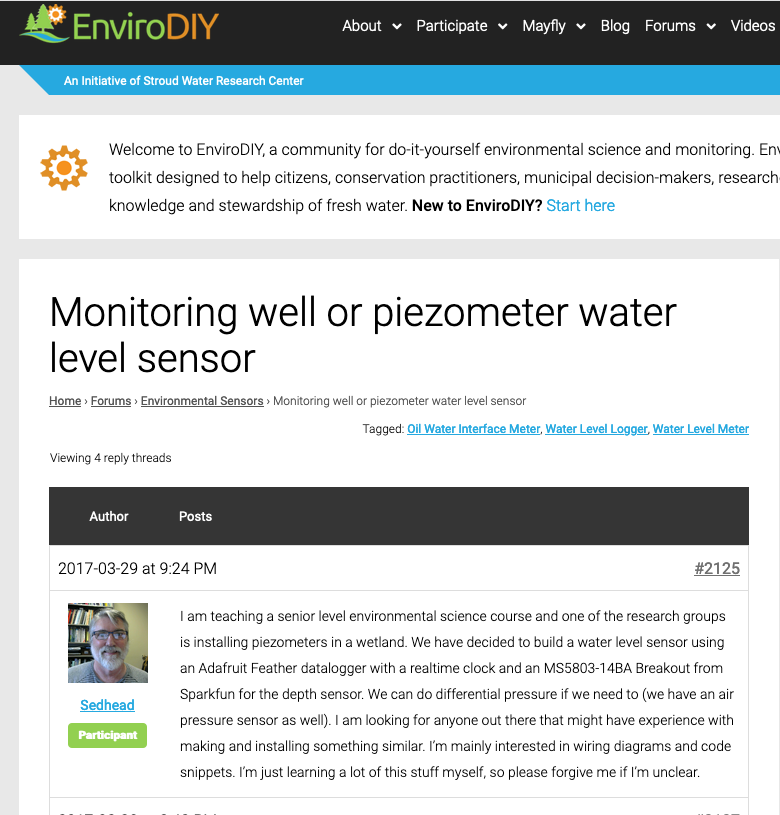 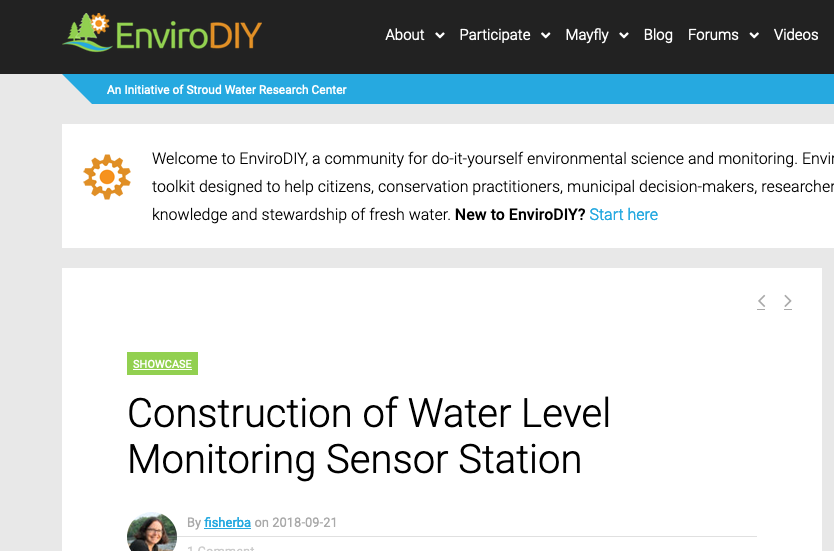 Not the answer you're looking for? Browse other questions tagged civil-engineering fluid-mechanics sensors pumps water-resources or ask your own question.

14
Can I use a ultrasound sensor to measure water level?
9
How can I measure the thickness of a sedimentation layer in a closed tank?

4
Method for determining pump characteristics
2
Most efficient/low power consumption way to pump water
1
Can a vacuum in a room increase the pressure in a tube?
1
Low maintenance device to trade flow rate for lift height?