Use two passive CPU coolers on one single CPU?

I aim on building a silent, completely passively cooled PC, with no moving parts at all (I am aware that it is cheaper to go for an inaudible computer instead, using low speed fans. This is not the point.).

I came up with the idea to install not one but two CPU coolers, of which in theory one alone should keep a high performance CPU cool only using natural convection, but not in practice. For this I thought of using a triangular shaped piece of copper, with thermal compound between each surfaces.

Will this improve heat dissipation compared to a single heat sink or is the thermal resistance of the copper block a problem? I sketched the idea below: 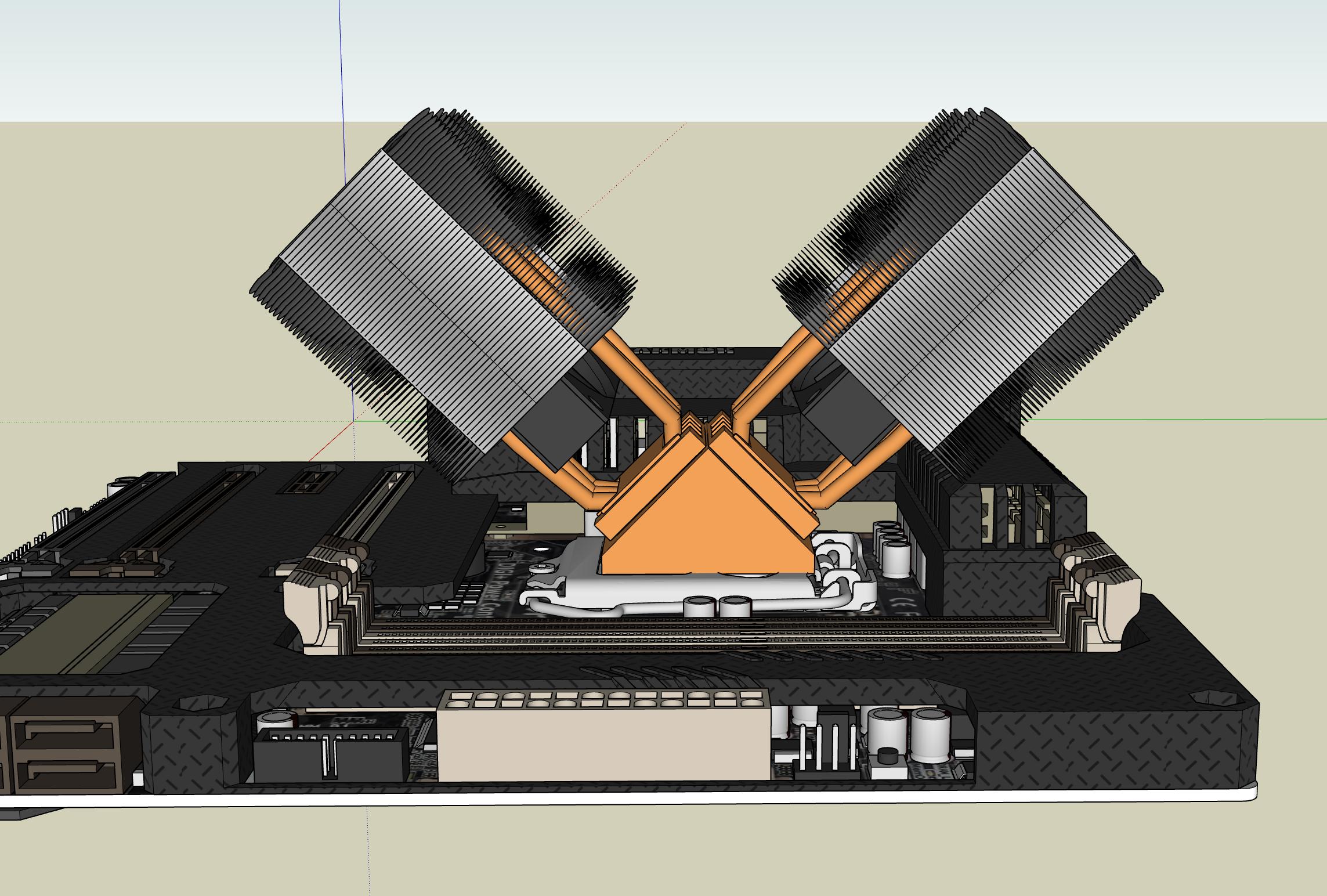 Well, I would think that two smaller ones rigged up in an "amateurish" fashion (apologies, but that's we both are, right) are going to be worse than just one (sufficiently large) properly mounted heatsink. That giant triangular piece closest to the CPU would probably delay heat transfer -- even if you have excellent cooling on the other side of it.

What I have done was to use just one cooler, and that is sufficient if you choose one that's large enough.

I have one giant case (Antec 182) with a giant heat sink (Thermalright HR-1) which never even gets lukewarm under load of a 3.something GHz cpu.

I have an HTPC case (Streacom FC10) in which the sides themselves are giant heat sinks connected to the CPU and PSU by way of heat pipes. This also works excellently, and is fully enclosed. 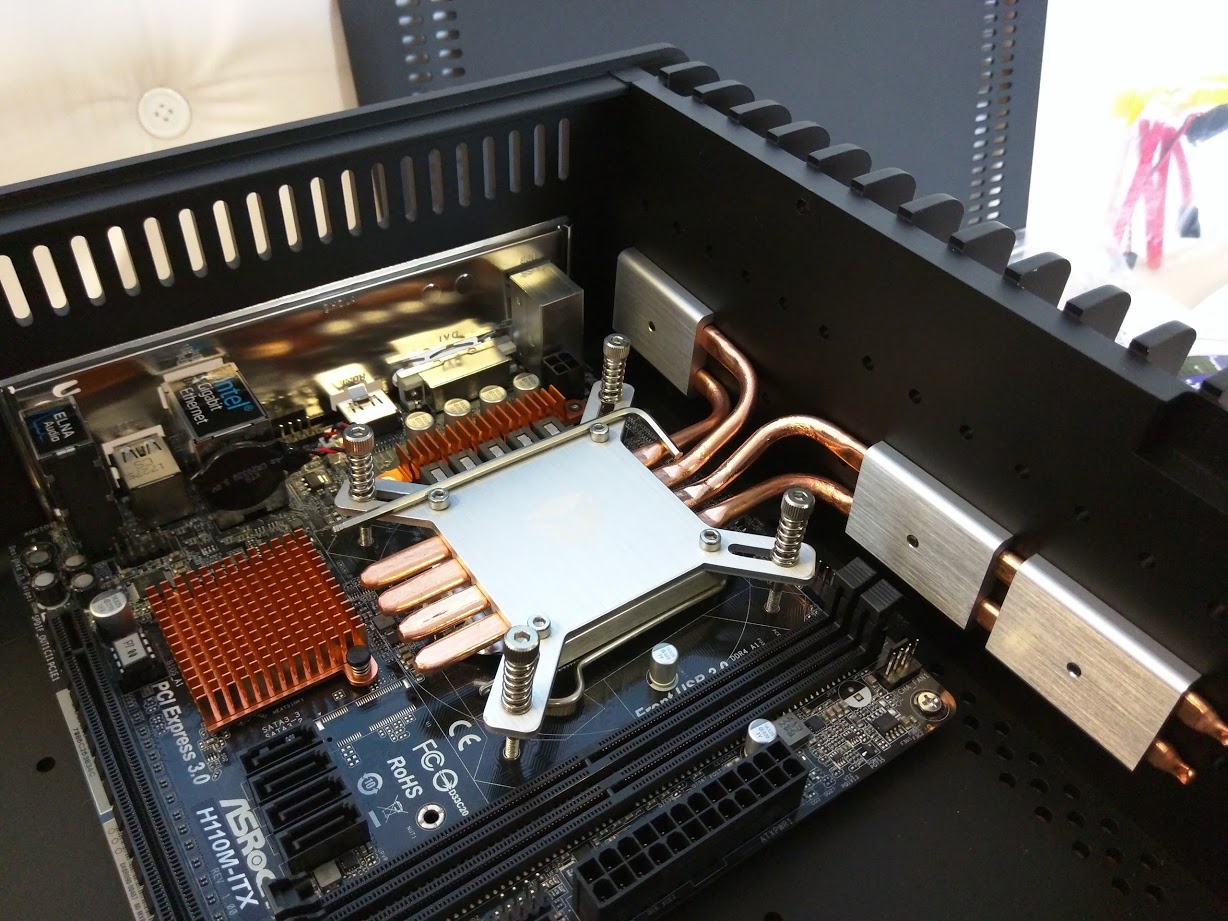 I was going to suggest a Streacom case, I've had one for years and it works excellently.

Looking at your original design, if you could get the triangular block made as a vapour chamber instead of a solid block it might actually work. You'd need to consult with a company that makes heat pipes to see if the triangular shape would work or not. Given the diagrams I've seen of how they normally work I'm guessing not due to the varying and long distances between input and output surfaces, but would be an interesting engineering exercise that could have unexpected results. Who knows, you might have stumbled on a great design and they could manufacture it for you...

As to your build, these high density heatpipes might be of interest: https://www.fanlesstech.com/2018/09/flat-cool-pipes.html 😉

Not the answer you're looking for? Browse other questions tagged cooling computer-engineering thermal-conduction computer-hardware computer or ask your own question.

3
How do I spec out a thermoelectric cooler?
0
How to calculate temperature rise on AC induction motor in an evaporative cooler centrifugal blower?
2
How thick do I need to make the insulation in my homemade furnace?
2
Can I oversize my air conditioner if I use a two speed compressor?
0
How to dump moist air without heat backflow in evaporative cooling system?
0
Wire heating and heat transfer in a cylindrical pattern