I'm a neuroscientist interested in building a device to replicate the following study.

Essentially, they sent air through a nose catheter to stimulate mechanically sensitive cells of the nose. They had 8 seconds of continuous air, followed by 12 seconds off (0.05 Hz). This was to mimic the breathing associated with deep meditation, and they report it induced alterations to consciousness.

I'm interested in building a device that can replicate their paradigm, as well as send air bursts at an arbitrary frequency of my choosing. Ideally the range should be between very slow (~0.05 Hz) and higher frequencies (~100 Hz).

I understand pulsing most standard pumps won't work for those higher frequencies. My mechE friend proposed some two way valve that would be able to pulse between two directions, the nose catheter, or just out to the air. I could then just use a standard continuous pump or fan.

I'm unfamiliar with the terminology and haven't been able to find such an electrical valve. Does anyone know of any such valves, or perhaps has a better design in mind?

The RDWorks forum has a discussion which covers adding an air diverter valve that can be operated by the Ruida class of laser cutter controllers. It is a simple matter of directing a relay to the line that trips the solenoid of this valve.

Priced at US$22.49 currently, it won't break the bank. Combined with an arduino and a MOSFET to handle the 24v load current of the coil, you should be able to regulate the airflow in the manner you describe. 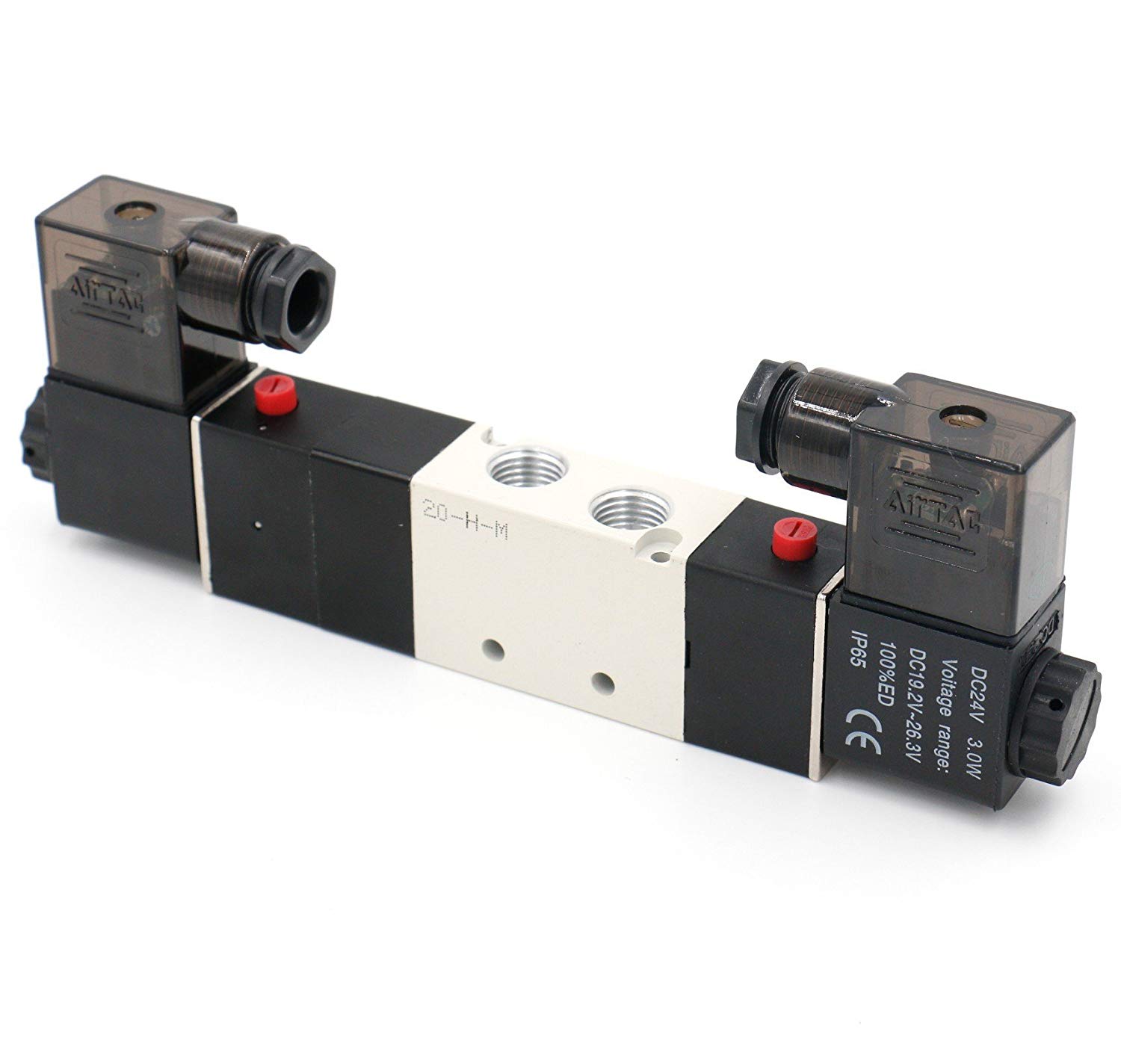 4
Tankless air compressor for electronics desoldering station
28
Is it possible to build an air compressor with no moving parts?
1
(Un)latching component for wearable device
1
How can I build a electronically controlled valve for a 1/4 inch tube
1
How do I build a dc generator at home for my presentaion?
0
Worm gear for a lifting device
1
Compensating for a magnet in a device with a magnetometer
0
How to determine ideal flow path length for specified pressure drop
1
Could a Jacob's Ladder produce enough hot air for a hot air balloon?
1
Is a no-moving-parts air pressure transformer possible?