How to digitalize a UV image (create an array of the light output at the pixel level)?

I would like to display an image onto a screen using a digital light projector and somehow record the amount of light the screen is receiving from each pixel.

I have thought about using a visible light filter over an array of very small photovolatic cells and recording the voltage output by each cell, but the logistics of the wiring would be immense, not to mention I can't seem to find cells small enough.

I have searched for 'UV screens' and many other terms but I can't seem to find anything. There are many results for UV diodes but they are too large to get the resolution I need.

Does anyone know if such screens exist?

Let me explain a common problem where this is an issue:

This frequently occurs with 3D printers that use ultraviolet-cured resin: 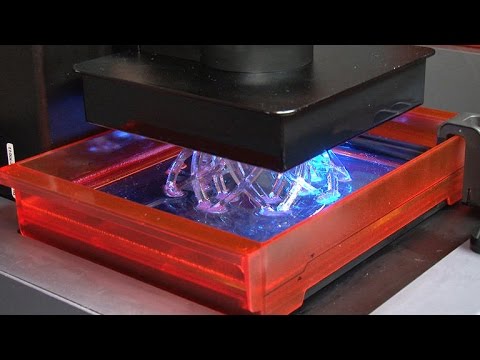 The theory is: projector displays black&white (binary, not grayscale; uniform regions of 100% brightness and 0% brightness) image onto the bottom of a transparent container of the resin, curing one "layer" of the item, then the layer is lifted (using a mechanical actuator), the space fills with more uncured resin, and next layer is displayed and cured.

In reality the projector's light is non-uniform - some areas brighter, other dimmer. This depends on a lot of hard to determine factors, like light source construction, lens alignment errors etc. As effect, rhe resin will cure to a different degree in different areas of the image.

Independently, the projector is capable of displaying full grayscale (or even color) images (for no other reason that that's what's cheapest due to demand and economy of scale).

Therefore, if you know the brightness layout of the projected image, you can compensate in software - adjust the projected image of item layer, by dimming areas that were brightest; display a grayscale image instead of 1bpp, that results in actual uniform exposure of the "screen" surface, and uniform curing of the resin.

But in order to generate these adjustments, you must obtain the individual map of brightness of the projected image, as generated with this specific projector. With visible light, that wouldn't be very hard, just take a photo of the screen displaying a white sheet using a normal camera. This being ultraviolet though makes it quite tricky.

The obvious answer is that this process is silly. Just use your original digital image.

Not the answer you're looking for? Browse other questions tagged optics photovoltaics or ask your own question.