Relation between links and pairs in Kinematic chain

I came across a equation for kinematic chain (for lower pairs only) :

where L: Number of Links; P is the number of pairs

how could this equation be derived ?

EDIT: I tried putting values in the equation.Since for the pairs to be any integer the links can only be an even number(can be verified from the formula).

Question 1:How to visualize kinematic chain with (6links;5 pairs) or (8L;6P)(with the help of diagram)

Ok, will answer both of your questions here, you may want to merge them into one question.

The reason you are having problems is that you have heavily overloaded the word pair in your source document. So everything they are talking about is a pair. However, not all instances of word pair means the same thing. So while the chapter previous to this chapter talks about kinematic pairs, this chapter talks about kinematic chains. So the formula,

talks about kinematic chains. It's a definition of sorts stating that: Number of links in a kinematic chain is number of link pairs minus 4. Now, it would be better if we would call link pair something else, in other literature this is often called a dyad. Which is smart because this is less confusing terminology as it underlines that we are NOT talking of kinematic pairs.

Ok so what is a dyad? A dyad is a pair of links connected end to end. Remember we are calculating chains. All non dyadic chains should be broken off for calculating purposes.

Image 1: Dyad vs no dyad

OK so the joint in a dyad needs to be a lower kinematic pair to count as a single joint. Still not counting joints but individual chain pieces. So how to handle nondyadic connections? Well you ignore them your not counting them. 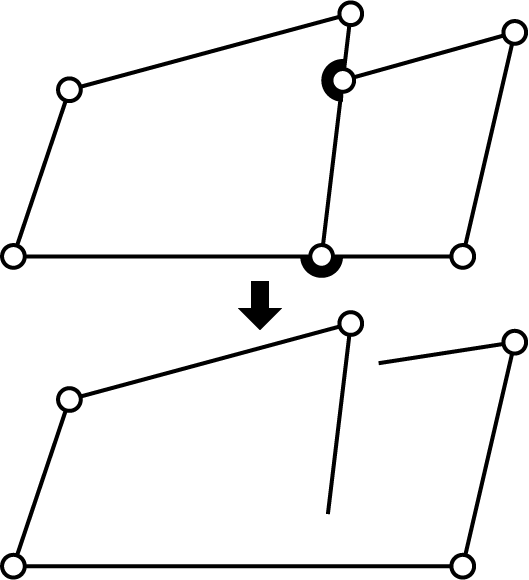 Image 2: Calculating dyads when there is nondyadic connections. IT can be easily shown that there are 5 dyads in each direction

Counting the dyads. Count how may lkinks you can jump over form link to link. Either in just one direction or both (but your formula assumes only one direction is counted hence $2p$). 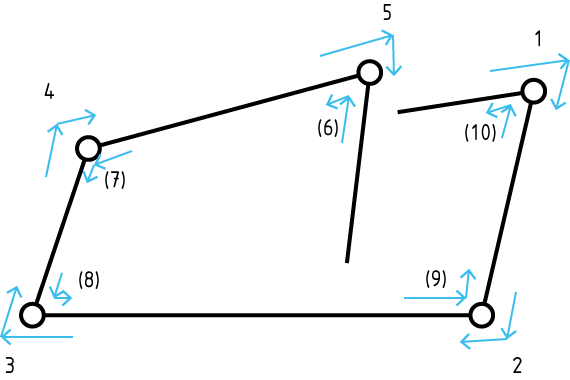 I find that talking about kinematic chains this way yields little to the conversation its just better to take Kuzbach mobility criterion and state that its a kinematic structure if the degree freedom is 1. As its easier to concentrate on type of joints instead of counting dyads. Kuzbach also becomes easier if you dont think of them as separate types of terms but think that each joint has a X freedoms locked and those are the basis for the freedom subtractions...

Not the answer you're looking for? Browse other questions tagged mechanical-engineering kinematics machine-design machine-elements or ask your own question.

44
Is it possible for a bicycle chainwheel to have a fractional number of teeth?
10
What is the difference between the Polar Moment of Inertia, $ I_P $ and the torsional constant, $ J_T $ of a cross section?
0
Difference between Linkage, Kinematic chain, Mechanism, Mechanical element, Mechanical machine and their precise definitions
0
Axial compressor - change of temperature not proportional to number of blades and their geometrical properties?
6
Elastic (Young's) Modulus relation to the Eigenfrequency
0
Calculating the Surface Temperature of a Cable with known heat flow
1
Chain length increasing during rotation of chain sprocket pair?
2
On steam locomotives with six driving wheels, why are the rear set of wheels placed further apart from the other two?