How to pull on one side, while keeping an angle?

I have the following setup, consisting of a bar attached to another bar via a ball joint (indicated by a circle, and attached to the wall over a pulley with a weight at the end (the small "kg" symbol). I want to pull on one side of the bar. This is sort of like a one-handed cable row at a gym. 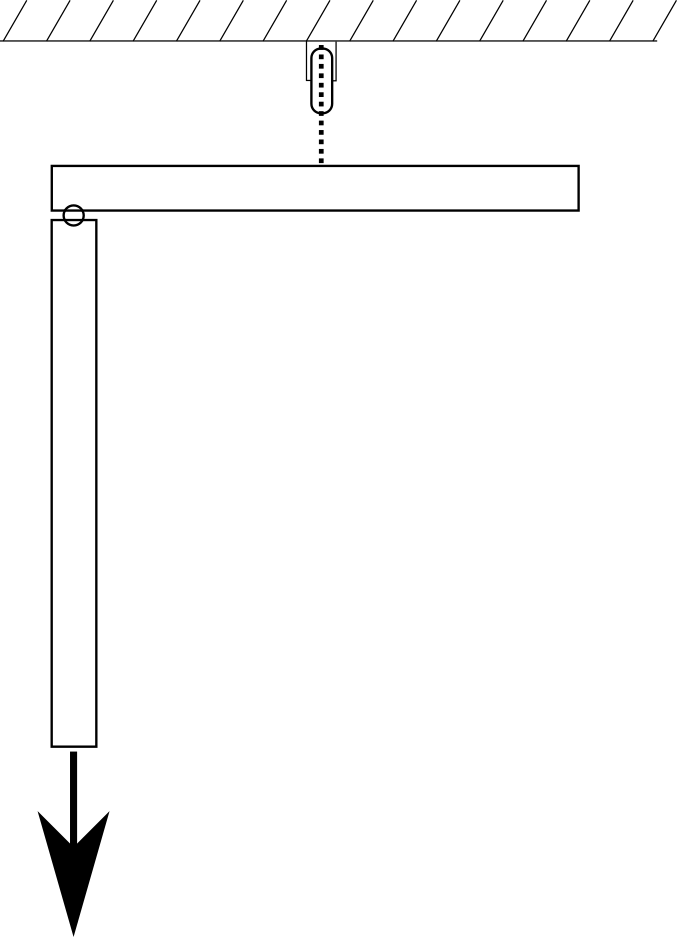 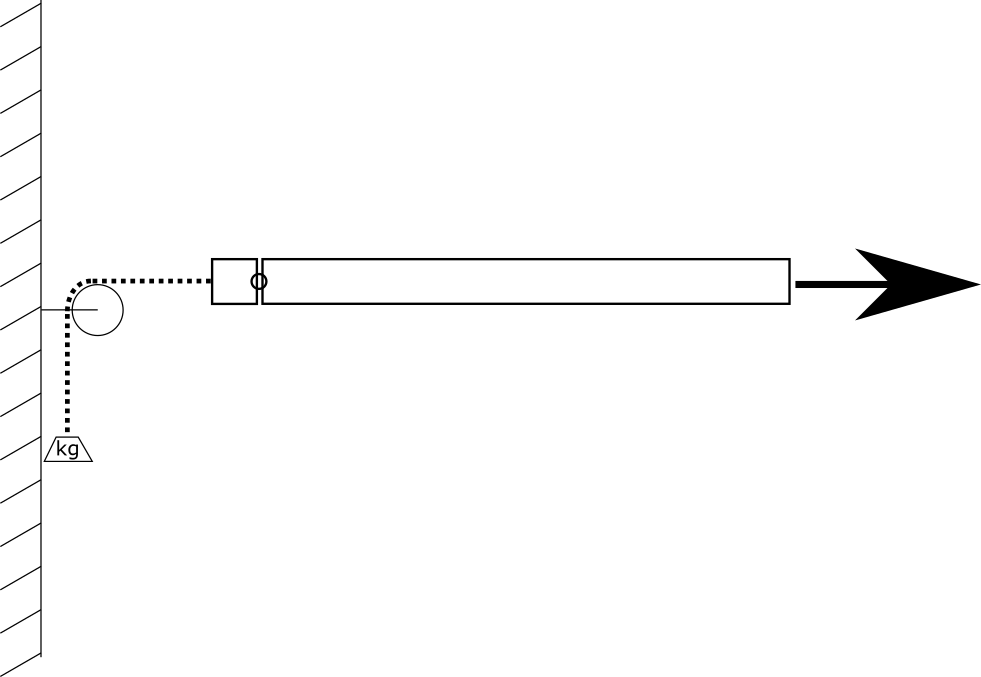 But when I pull, indicated by the black arrow, the angle (in red) between the force and the bar gets wider than the 90 degrees before the pull. 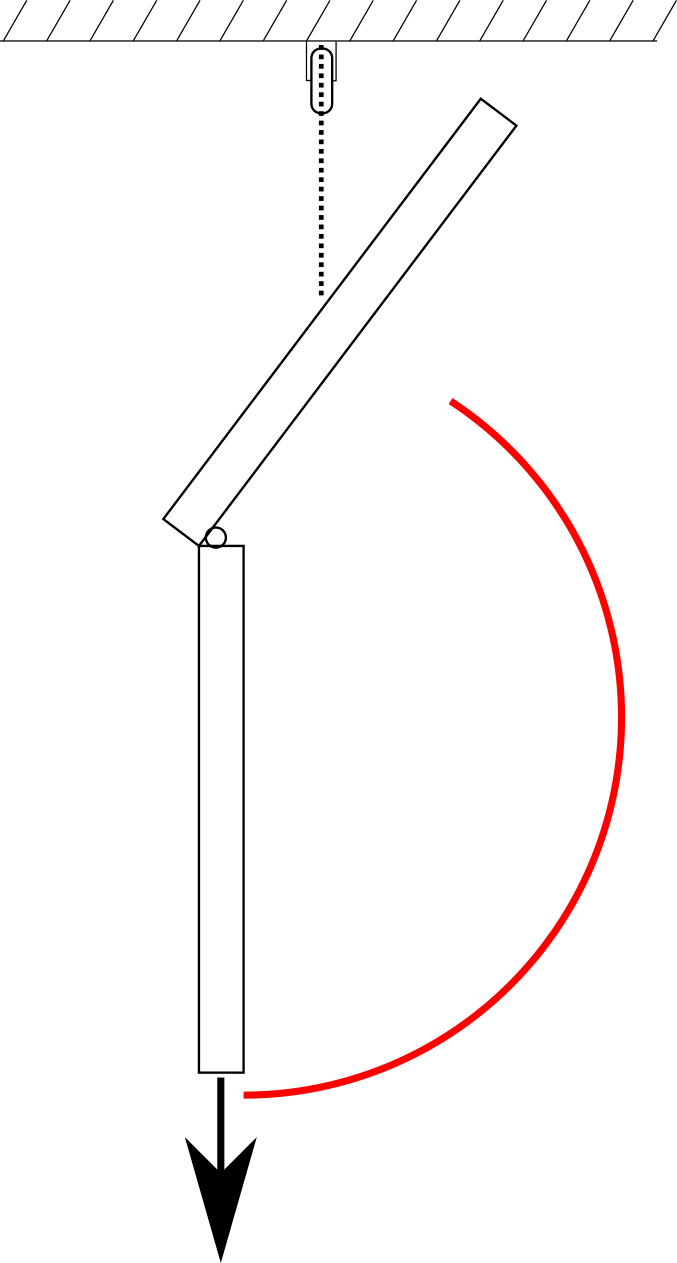 I thought of adding a blocking element: 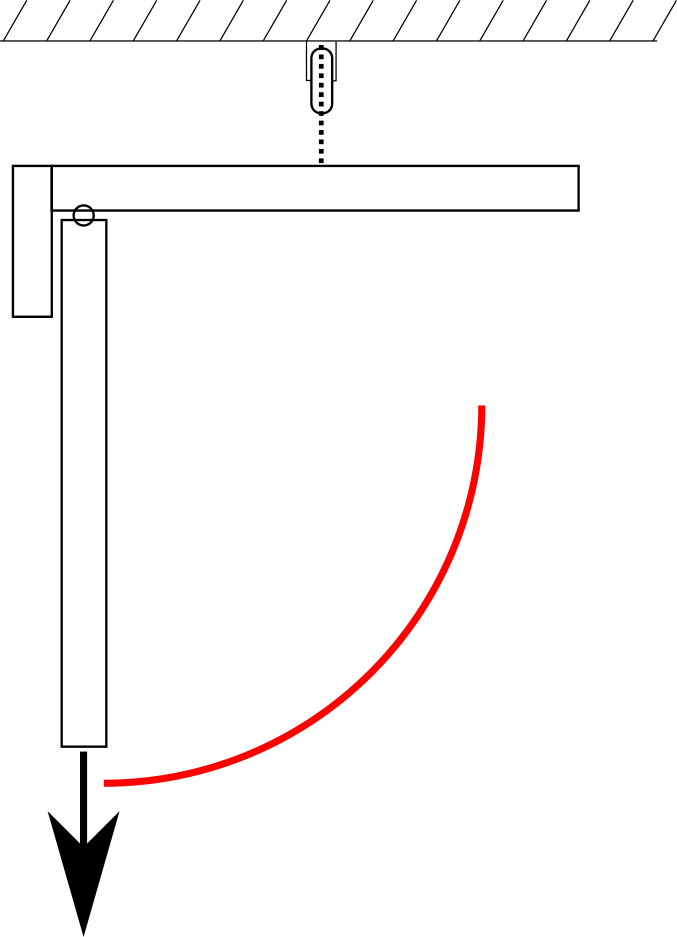 But this would not help, as the pulley always aligns with the pulling force vector. 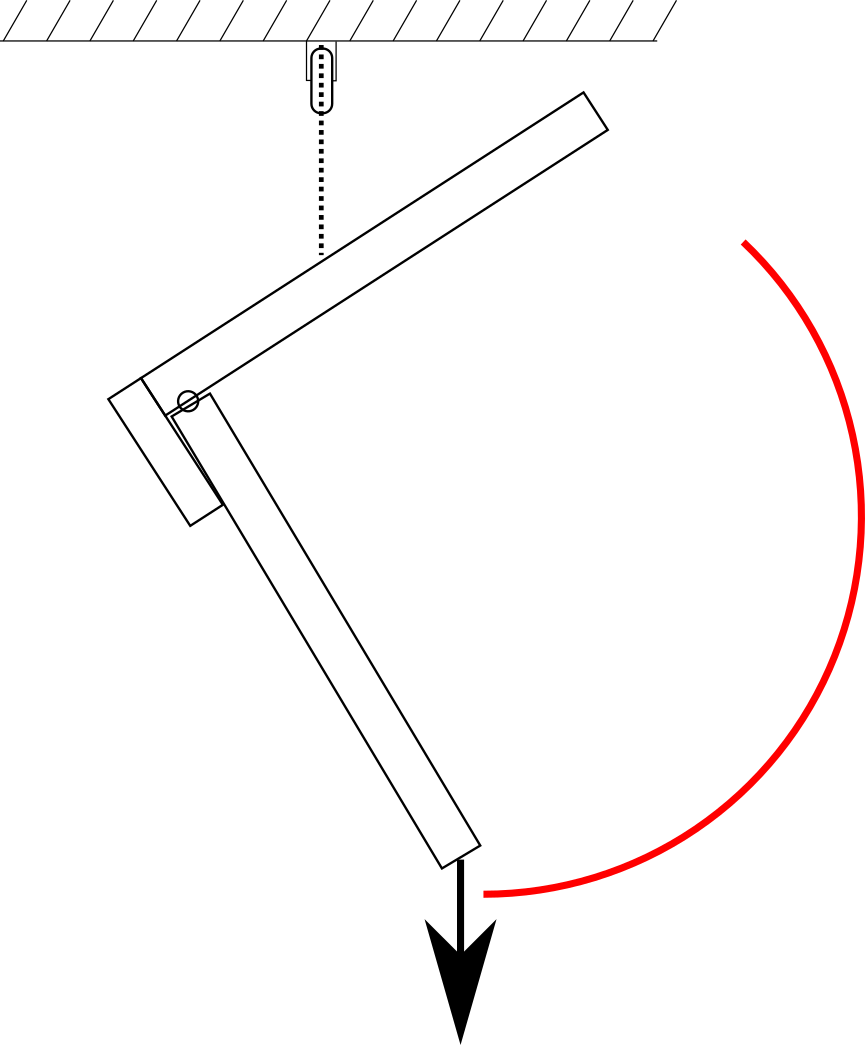 Idea 1: Adjust the pulley attachment position so that it is in line with the pulling force. If this is a rowing machine, then maybe use 2 pulleys like this: 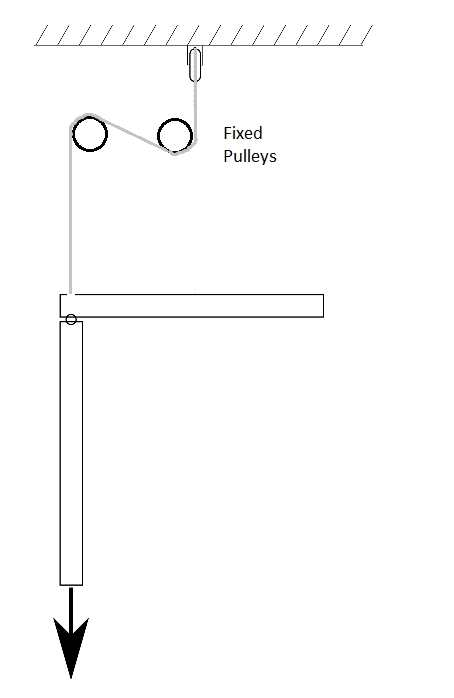 Idea 2: Use a linear bearing to prevent the bar from twisting: 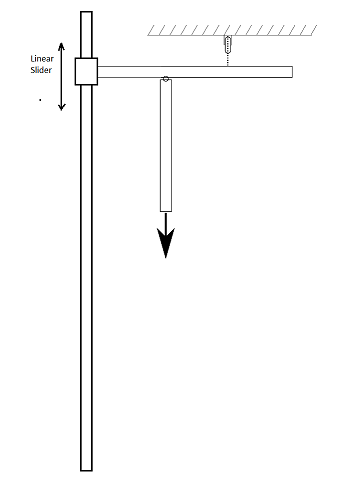 Not the answer you're looking for? Browse other questions tagged mechanisms pulleys or ask your own question.

2
What components are needed to reverse the direction of a belt conveyor using one reversible motor, and how do they change the tension on the belt?
1
How to make slider driven crank go in a certain direction when transmission angle is zero?
6
How is mechanism used in modern projector different from intermittent mechanism used in conventional one?
0
What would the tension in the cable be?