What is the difference between a bogie and a chassis

Both bogie and chassis seem to define the part of a wheeled vehicle that describes how the wheels are linked together. Are these terms interchangeable? if not how are they different?

A chassis is the term commonly used to describe the overall structure or main structure of almost anything. The case for a computer can be described as the chassis, as it holds/supports/contains the components which comprise the computer.

In vehicle terms, the chassis is the structure or frame to which wheels, suspension, engine, body, etc. are attached.

A bogie {wheel} (sometimes bogey) is considered a secondary load bearing wheel, often used to provide distribution of forces in a tracked vehicle such as a bulldozer. In railway terms, it is the non-powered wheel assembly that supports the rail cars and also can be used to join two cars while providing a pivot.

If you consider that the wheel alone is the bogey, the chassis that contains four of the wheels is also called the bogey, primarily in railway applications. 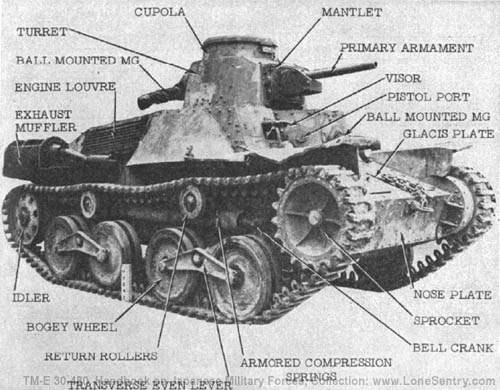 Not the answer you're looking for? Browse other questions tagged mechanical-engineering robotics or ask your own question.