What is it about the cabin electrical supply on cruise ships that makes surge protectors dangerous?

Surge protectors are banned on cruise ships, and so are confiscated during boarding. Extension cords and cube taps etc. are discouraged, but not banned.

I'm asking specifically about surge protector incompatibility, and would like an answer that includes the technical details of the ship's cabin power supply.

I've asked in various places (not StackExchange) and have never been able to get a technical answer as to how a surge protector can cause damage.

Most responses are along the lines of "they cause fires", "fire is really bad on a ship", and "they ban all extension cords", so please don't give a similar answer.

To discourage "they ban all devices" responses, please look at this ad from Amazon and note the "Non Surge Protection & Ship Approved": 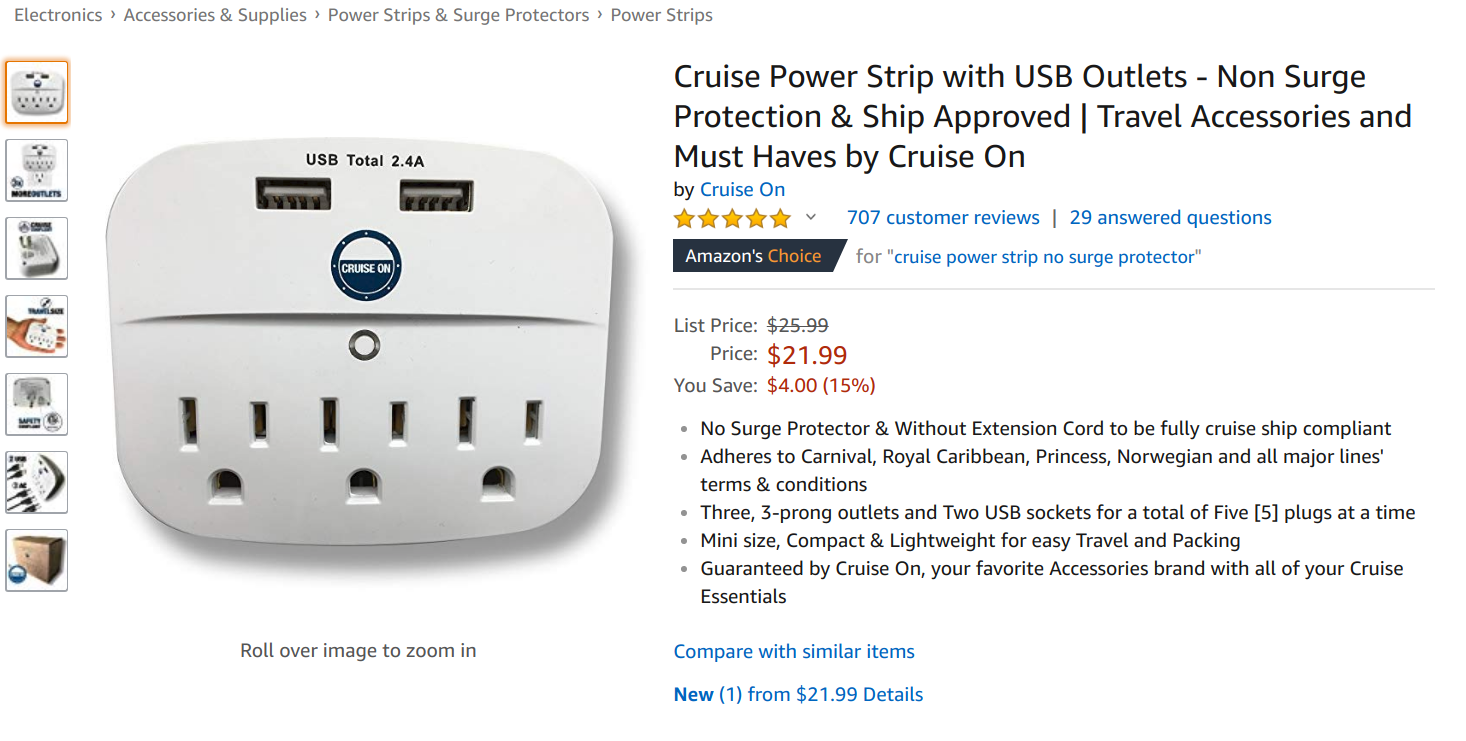 Learning that ships use an isolated-neutral system was a great help.

Here is a summary (many details omitted) of where I am so far. In particular, I run into what seems like dead ends (in bold) where the bad effects aren't nearly as bad as they at first sound.

A marine casualty investigation of two separate stateroom fires onboard a U.S. Flag Container ship revealed that the sources of the fires were attributed to the use of SPDs plugged into a lighting circuit. It was discovered that a ground had developed on another circuit that was connected to the same distribution panel providing power to the staterooms. This ground created an imbalance of voltage between the two power conductors supplying the SPDs which caused excessive currents, overheating, and subsequently, a fire. In this instance, even if the SPDs automatically tripped as designed, only one power conductor would have been secured while the other would continue to provide power, possibly shorting to the device’s ground wire and the structure of the vessel.

This safety alert only applies to vessels with alternating current power systems and may be most likely applicable to larger industrial and commercial vessels.

On land, a grounded neutral is used. Any ground fault (hard or instantaneous) will cause breakers to trip or fuses to open. At worst, you are in the dark.

At sea, loss of power coming through narrows or channel may cause a dangerous situation. So an insulated neutral is used. A single ground fault (hard or instantaneous) will energize the hull, but much like birds sitting on uninsulated wires, the crew is not at an immediate risk, but the ground fault must be cleared because:

Circuit protection is designed to protect the insulation of wires to prevent fires. 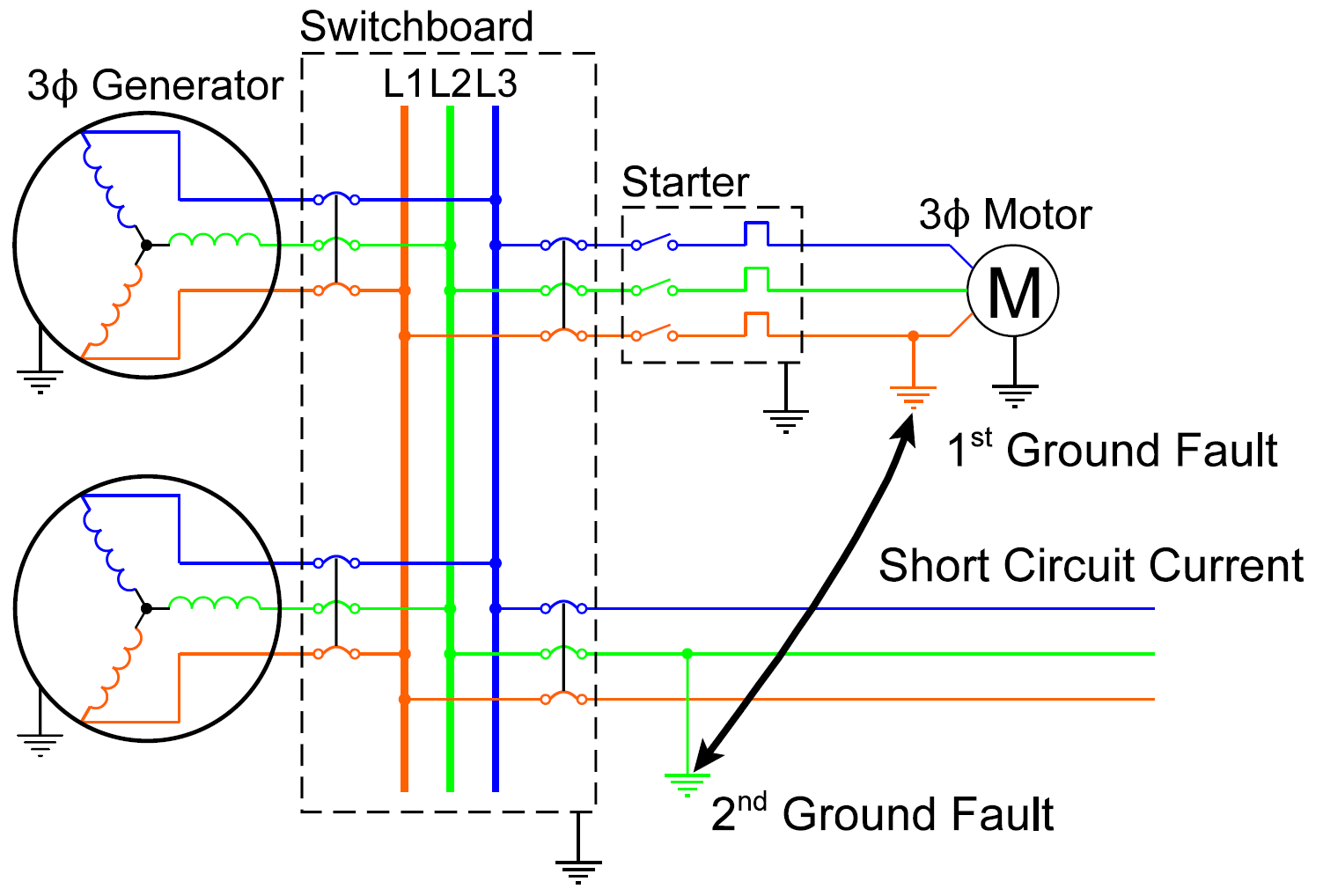 So ground faults are dangerous and must be cleared as soon as possible. Circuits must have circuit protection (fuses or breakers) on all power lines because ground faults can develop on different power circuits.

Ground faults occur in ships in all spaces. In panels, in wiring, in devices, dirt collecting on surfaces, maintenance, failures, etc. All metal surfaces are bonded to the ship hull so that ground faults can be detected and cleared.

As ships get larger and more electrical power (>6MW) is required, the voltage must increases to decrease current to reduce copper usage. But higher voltage (>1000V) means higher short circuit currents. To limit short circuit current, 6.6kV systems use a high impedance or resistance (1.32kΩ) connected to ground (ship hull) to limit short circuit to 5A. The integrity of maintaining power if a single ground fault occurs is given up because it is to dangerous. Ground faults still occur and may black out the ship, but they must be detected and cleared. The dangers to crew or the ship power or cathodic corrosion protection are more complex.

For the question this means the ship hull is at 0V, but without hull return (no current is meant to flow in the hull). 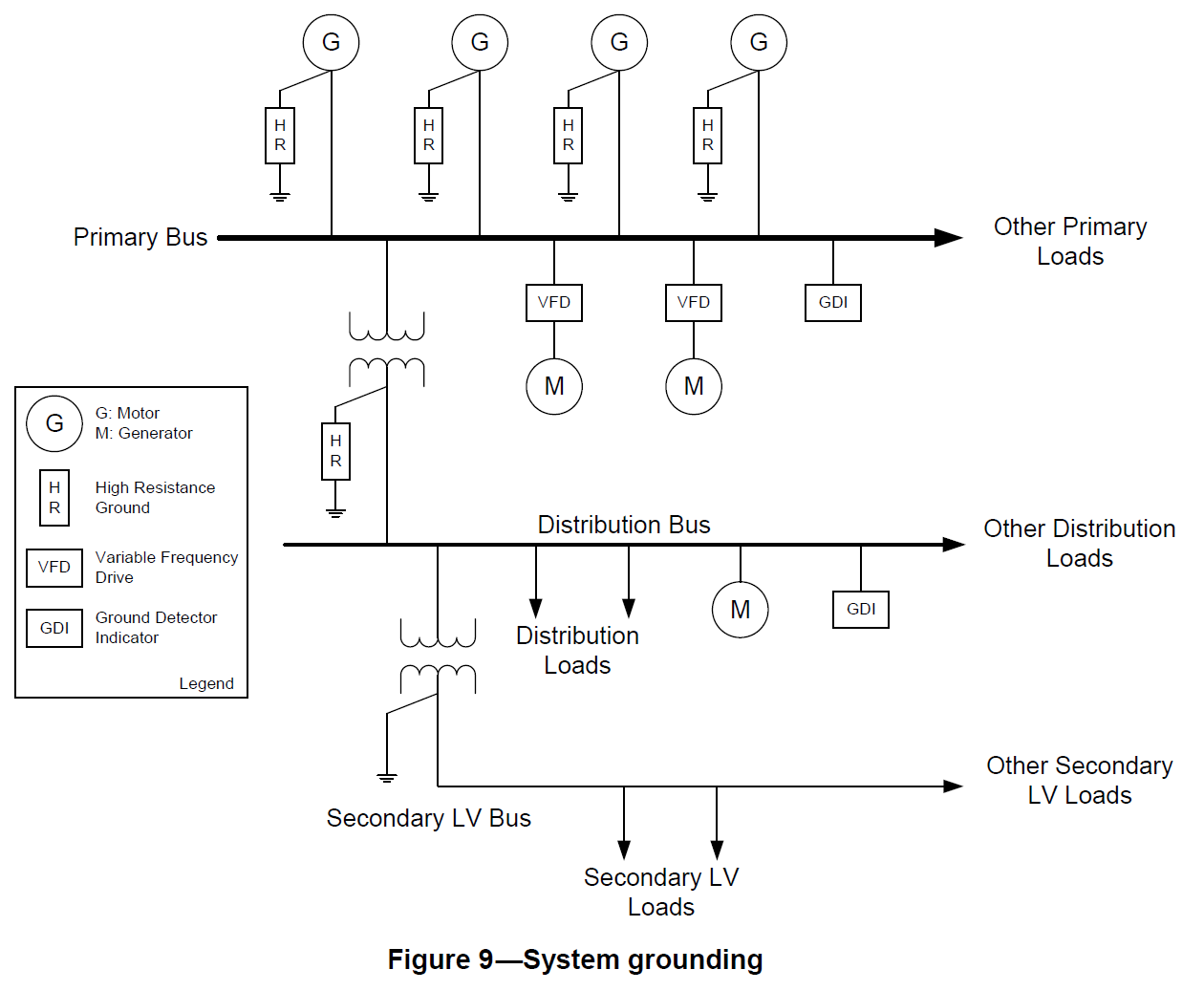 Lower voltages (440V, 120V) are achieved by transformers. At 120V, the loads can be connected as 3-wire delta or 4-wire wye. Individual consumers get one phase and every third light or cabin is a different phase to keep the load balanced as much as possible.

At LV Bus, Neutral is solidly grounded to ship's hull at the transformer. If 4-wire wye (120V/208V) (neutral, 3 phases) is used, neutral is not grounded at receptacles, but power cables may have 3 prongs, Line, Neutral and Ground. So the Receptacle Ground is connected to the hull, so single ground faults in devices plugged in can be detected and cleared.

If 3-wire delta (120V) is used, there is no ground connection at the transformer, but Receptacle Ground is connected to the hull. This is probably where the problem occurs. 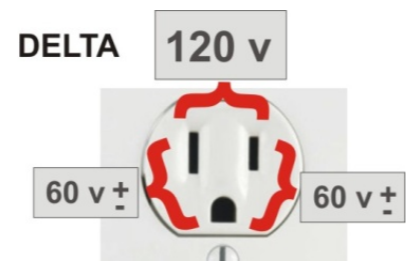 120V power strips or surge protectors are designed to interrupt the live L, but there is no protection on neutral N.

Here lies the problem with inexpensive and older SPDs that only disconnect one “hot” terminal lead. The other “hot” terminal remains hot if the circuit breaker supplying the receptacle and SPD does not trip.

All circuits have breakers/fuses on all power lines. The problem occurs when the current is enough to activate surge protectors or power bars, but not enough to trigger built in circuit protection devices.

Cabin 1 overloads circuit, power strip breaker trips, but only interrupts A. B is live with 60V (possibly 69V) and because of the plugs ground plug, possibly connects B to ship hull.

Now any other ground fault anywhere on ship occurs and higher than designed currents flow, melting the wire insulation, and causing a fire.

Most likely, fault will occur in another cabin. Hair dryer in Cabin 2 trips power bar circuit breaker, interrupting phase B, but leaving phase C connected and possibly to Ground.

Properly designed surge suppressors and power strips for ships must have dual pole breakers to disconnect both lines in event of a fault.

Not the answer you're looking for? Browse other questions tagged electrical-engineering power-electronics marine-engineering or ask your own question.

23
Why doesn't a lightning strike destroy the lightning rod?
5
Did I wire these solar panels correctly?
1
Faraday cage to reduce EMI in audio amplifier
3
Can current passing through a wire potentially ignite gasoline? If not, why?
3
Motor control sounds
1
AC voltage b/w DC power supply o/p and Ground