Find location of resultant of forces without using moments 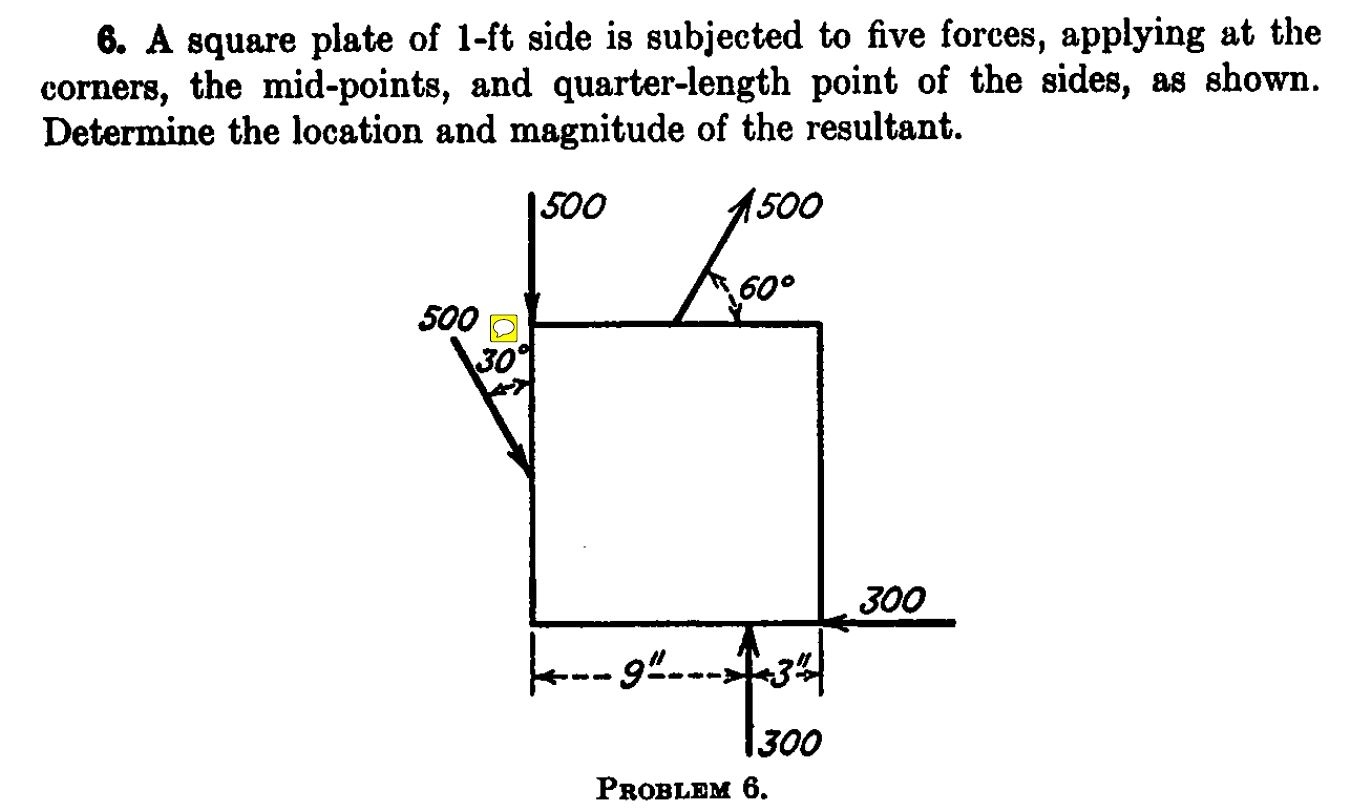 The problems is from Hartog's Mechanics.

Edit: This page explains how to solve it using moments: http://www.leancrew.com/mechanics/problem006.html

Method to Solve the Problem

This problem requires only 2 things:

Let's go ahead and perform this analysis on the problem given. 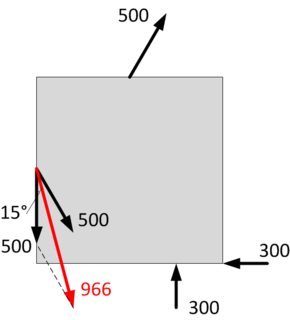 We proceed in the same manner. I did this manually (mathematically via LoC) but I'm too lazy to type it all out. I did, however, check my work by doing it graphically in AutoCAD. Here are some pictures of each step.

Find intersection of lines of action for resultant and top 500 unit load: 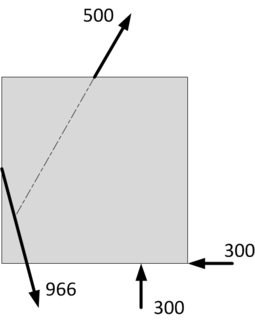 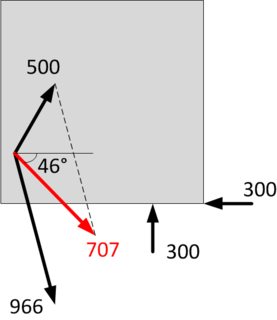 Find intersection of lines of action for resultant and bottom 300 unit load: 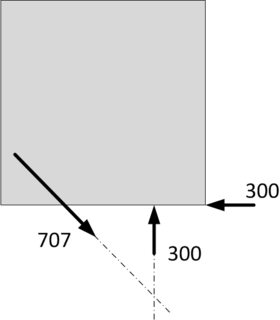 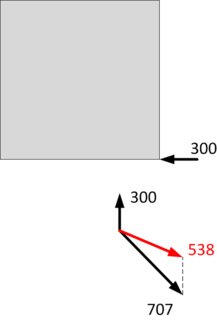 Find intersection of lines of action for resultant and right 300 unit load: 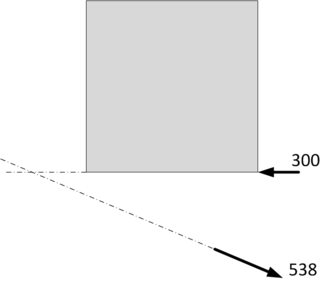 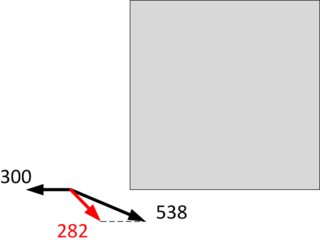 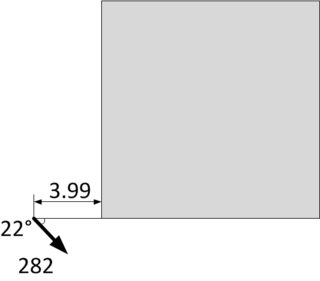 So there you are, how to find the magnitude, location, and angle of the resultant resulting from multiple force vectors applied to a rigid body.

The above are a few of the basic principles of a pretty cool but obscure method of static analysis called Graphic Statics.

If you'd like to know more, you should check out the book Shaping Structures | Statics, by Zalewski & Allen. As, alpehzero alluded to, graphic statics used to be an extraordinarily handy tool to solve otherwise tricky analysis problems prior to the advent and subsequent proliferation of computers. Note that research into graphic statics methods, particularly with respect to optimizing truss deisgn, is still being done today

To solve it without moments, use the parallelogram of forces to replace two forces with their single resultant force which acts through the point where the two force vectors intersect.

For example the resultant of the two 300 forces is a force of $300\sqrt2$ at an angle of 45 degrees, acting through the point 3 inches from the corner of the structure.

Repeat the process for other pairs of forces, till only one force is left, and that gives the magnitude, direction, and line of action of the resultant.

Hartog is a fairly old book (but still a good book!). Before computers, the quickest way to solve this sort of problem was to make a scale drawing of the force parallelograms instead of doing arithmetic.

2
Solving truss using method of joints
3
Force in a member of the loaded overhead sign truss
0
stress/shear analysis of components
2
Finding the reaction force at the hinge
1
Resultant of forces
0
Resultant of coplanar forces
0
Reaction forces on a three support continuous beam with two of them requiring compatibility equations. Superposition method done wrong!
1
Why does the method of joints not match a force balance result?
0
Help with Continuously Separating and Sorting Solids out of a Centrifuge