Looking to drive a series of belts for lateral translation using a series of pallet bands (92" rubber bands about 1" wide). Approximately 16 bands would be driven by a singular band as illustrated (roughly) below. I am hoping to use a geared up stepper motor with planetary gearbox that will respond to sound levels to effect the speed of translation. I am wondering if anyone has any advice about using rubber bands as belts in a pulley driven system, ideal arrangements for transfer of power, pulley types etc. 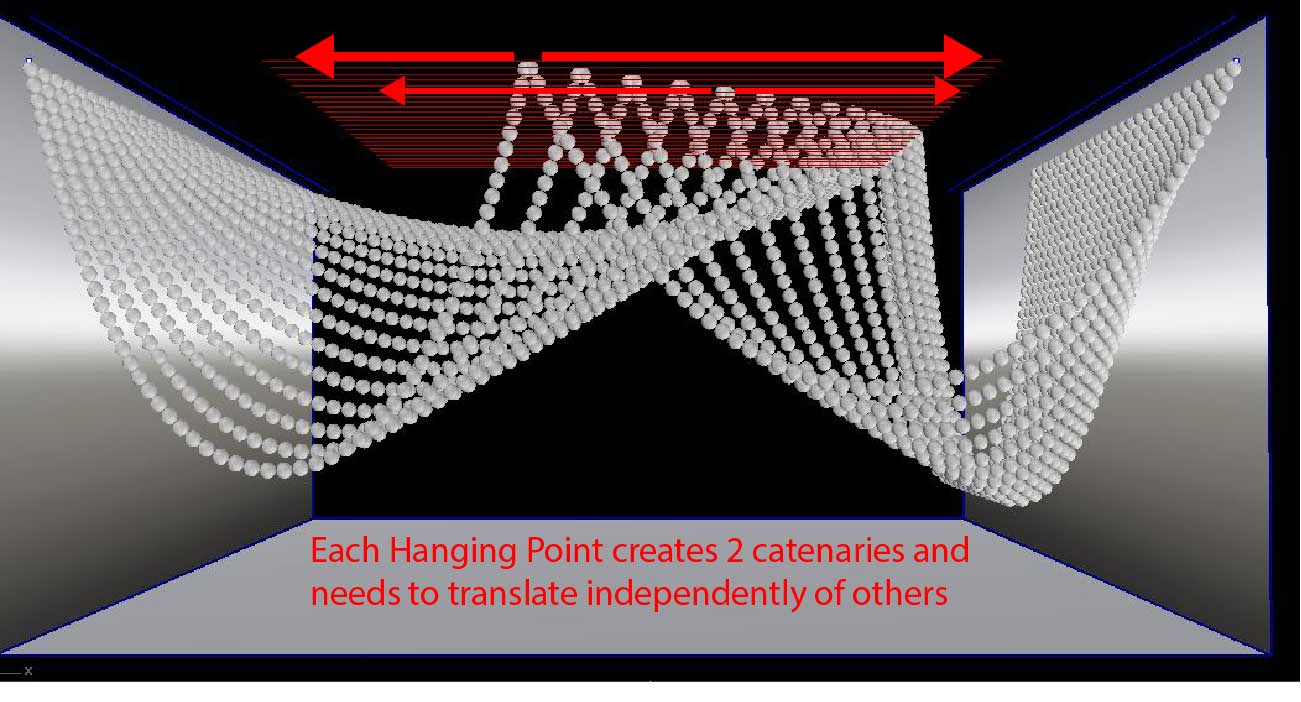 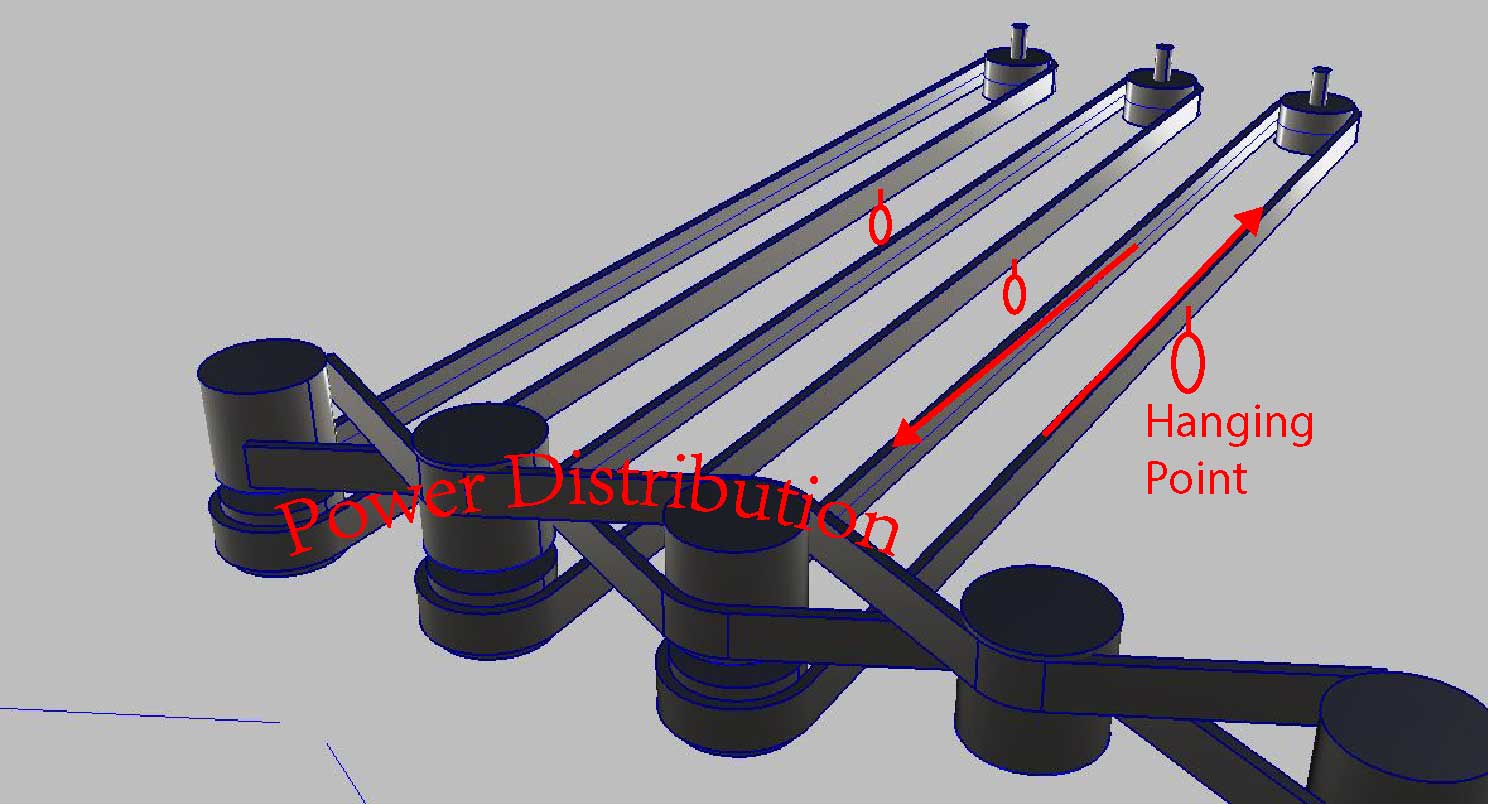 I would seriously consider using separate motors for each element. A drive train as long as that has a very high chance of causing a lot of practical problems with friction, slip and backlash as well as the difficulties of keeping everything aligned.

The chances are that a single motor would need to be significantly more powerful than the sum of individual ones due to the additional resistance of the shared drive system and the additional complexity is likely to wipe out any cost savings of one large over several small motors.

I would also be concerned about hanging the mounting point directly on a rubber belt of such a large span, even a modest load is going to cause significant sag of the belt which will further exacerbate problems with friction and alignment. This should be resolvable by using rails to support the weight of the moving elements.

If having a common drive is essential then I suggest that using a horizontal shaft driving each belt with bevel gears or a similar right angle drive system is likely to be less trouble.

2
Belt tension to rotational force
3
choosing between v belt and round belt for fast RPM, low torque application
0
Equations for power transmitted by a flat belt drive
2
Inverter + Direct drive vs. Belt drive motor in washing machines?
2
Endless synchronous belt problem
1
In an open belt drive, which angle of wrap should be taken for calculating tension in the belt?