What is the advantage of using GPIO pins as sinks instead of sources?

I'm following this tutorial on how to control Raspberry Pi GPIO pins with Python scripts. Instead of connecting the test circuit (LED + resistor) between the ground and the GPIO pin however, they connect it between the +3v pin and GPIO (see section 4, last paragraph). The author says this is to have the current come from the 3v pin rather than the GPIO pin. However, from my limited understanding of electricity, the magnitude of the current through the GPIO pin should be the same regardless of how the polarity has been set, the only difference would be its direction.

Am I wrong about the current? Is it actually better to draw power from the 3v pin instead of the GPIO pin?

I think the reason is if the GPIO is used the micro is starved of power.

In the method described 3.3V is the power source. So the micro is not starved of power. If the 3.3V was provided by the GPIO pin, the micro is sourcing the power.

I am generally used to seeing a transistor used to switch on/off elements like a LED. Below is an example schematic. 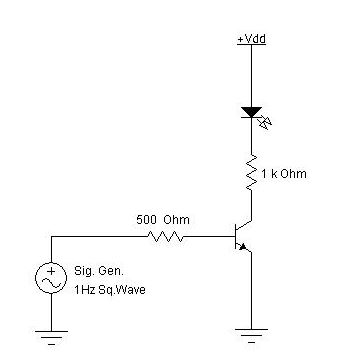 Further details can be found in The bipolar transistor article.

As far as I know this is still true.

Not the answer you're looking for? Browse other questions tagged electrical-engineering embedded-systems or ask your own question.

3
What is the need of having a separate flag as Auxiliary carry in microprocessor 8085?
2
What is the difference between BOR and POR micro-controller reset modes?
5
What is the behavior of unpowered FPGA pins on I2C bus?
6
What are the pros and cons of using Zibgee over BLE or vice versa for IOT application?
3
What is the difference between I3C and F4C microprocessor crystals?
7
Charging a smartphone battery while using it
1
Python delays on Raspberry Pi
3
What methods are used to extract energy from low energy heat sources?