I have made Image which is self explanatory. It has the question 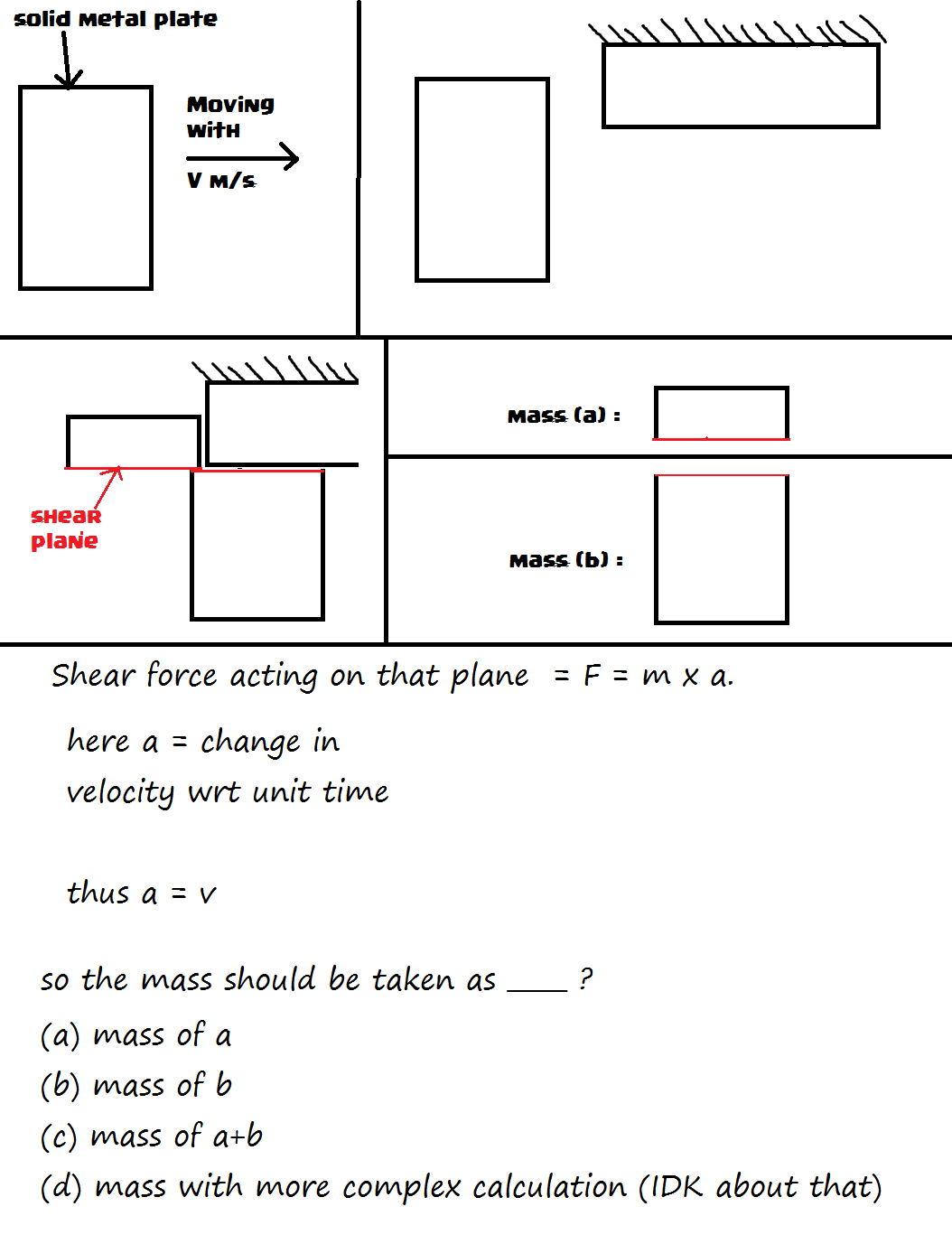 Suppose I have a metal plate that is travelling at V m/s.
A stationary body acts as a shearing body. When the metal plate contacts the still body, it starts to shear off. The plane in which it will be sheared is shown in diagram (red line). So I want to ask how much force will get applied for the shearing.

This is just an idea that I'm working through. I haven't seen this in any book that I have read (I haven't yet seen various books yet). This problem came in my mind yesterday while I was dreaming.

Also I am assuming that the acceleration of the moving plate will be equal to change in velocity (after shearing the plate stops), so a = (0 - V) / 1 (unit time)

how much mass should be considered for the equation F = ma ?

If am wrong in some calculation then correct me.

Simplistically, that can be found by

$$ F = A\tau $$ where $A$ is the transversal cross-section of the plate along the shearing plane (assuming thin-walled theory applies here) and $\tau$ is the shear strength of the chosen material.

This doesn't consider dynamic effects (buckling, warping, possibility of the plate simply bouncing off instead of shearing), but that's impossible to do with the information presented.

Not the answer you're looking for? Browse other questions tagged design or ask your own question.

5
Why does blood pressure cuff size matter?
5
Orthographic (engineering) drawing with same top and front view?
4
Selectively rotating (engaging/disengaging) one of 80 couplings on a small shaft?
1
possibility for hydraulic accumulator with no moving parts?
3
What mechanism do I use for this pen-like design?
0
ElectroMagnetic Pulling Force fdropoff with distance