I am trying to implement a simple single-phase fully-controlled thyristor converter using Simulink.

As load I have placed just an inductor, the firing angle is set to a=60 deg., f=50 Hz and the rms of the voltage source is 230 V. The output voltage is the one on the picture below, 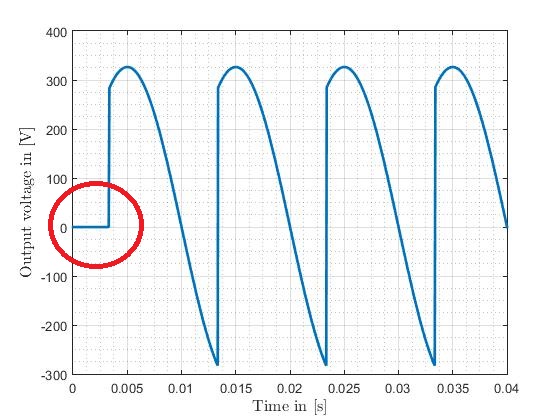 Do you have any idea how can I fix the part I have circled? The waveform is supposed to be repetitive, so there should be a negative part as in the next half periods.

Browse other questions tagged simulation simulink or ask your own question.