How do you create a chamfer in 3D CAD that joins the edges of two different shapes?

I am trying to make a 3D model. It consists of a cylinder resting on an extruded ellipse as you can see in the picture below. I now want to join the top edge of the ellipse with the top edge of the circle. In a sense, I want there to be a chamfer between the side surface of the ellipse-prism and the top surface of the cylinder. However, I don't even know what tool to use. Is it a chamfer? Is it called something else? The problem is that the distance from the cylinder to the edge of the ellipse changes depending on whether you are looking at the north/south/east/west sides.

This type of feature is typically called a "loft", but I would caution you that this should be used only if needed. Lofted features will cost you a lot of money if you try to get them machined. If you're going with 3d printing it doesn't matter too much (complexity is free).

That said, here's some pictures of before:

And after a "loft" command:

When you do a loft command, it's useful to give "guidelines" that to help the program determine what path the loft feature should take to get from profile 1 (the ellipse) to profile 2 (the circle). Here I just added a straight line from the circle to the ellipse on the long (XY) and short (ZY) planes of the ellipse. If you wanted the loft to have a concave/convex ("bubbled") appearance, you would do it by altering the guide lines in this step. Note that I colored the guidelines RED here because I thought Solidworks' gray was a little hard to see. 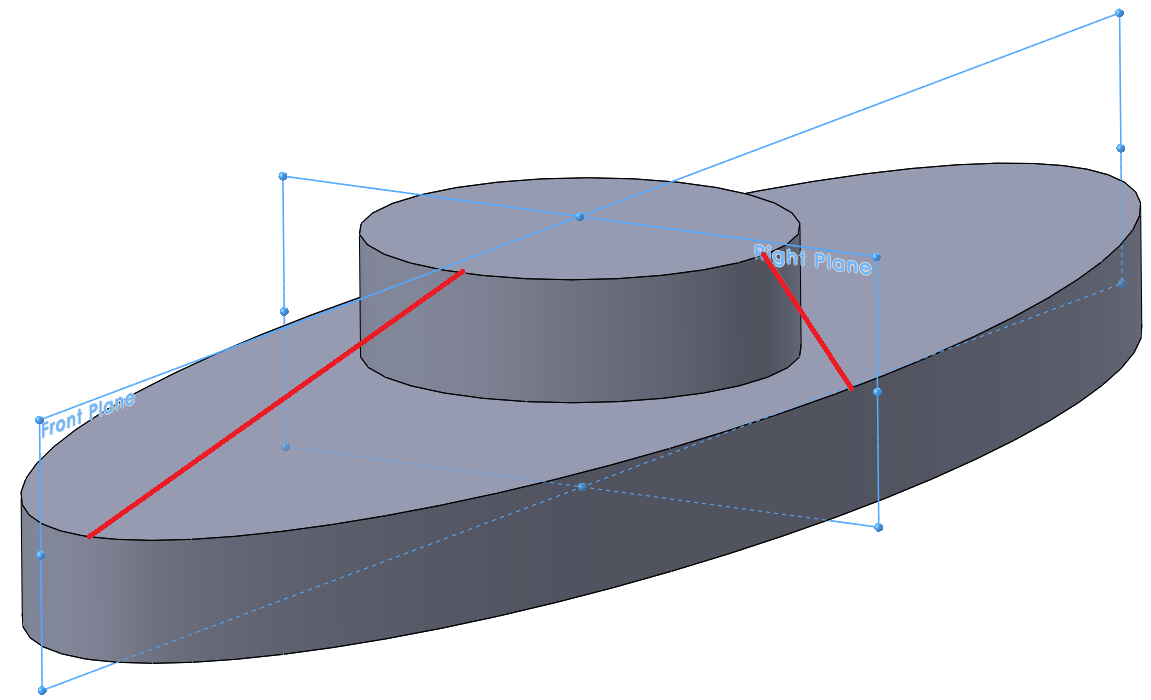 Finally, use the loft command. Assign the circle and ellipse as the "Profiles" and the guidelines as the guidelines, then accept the output. 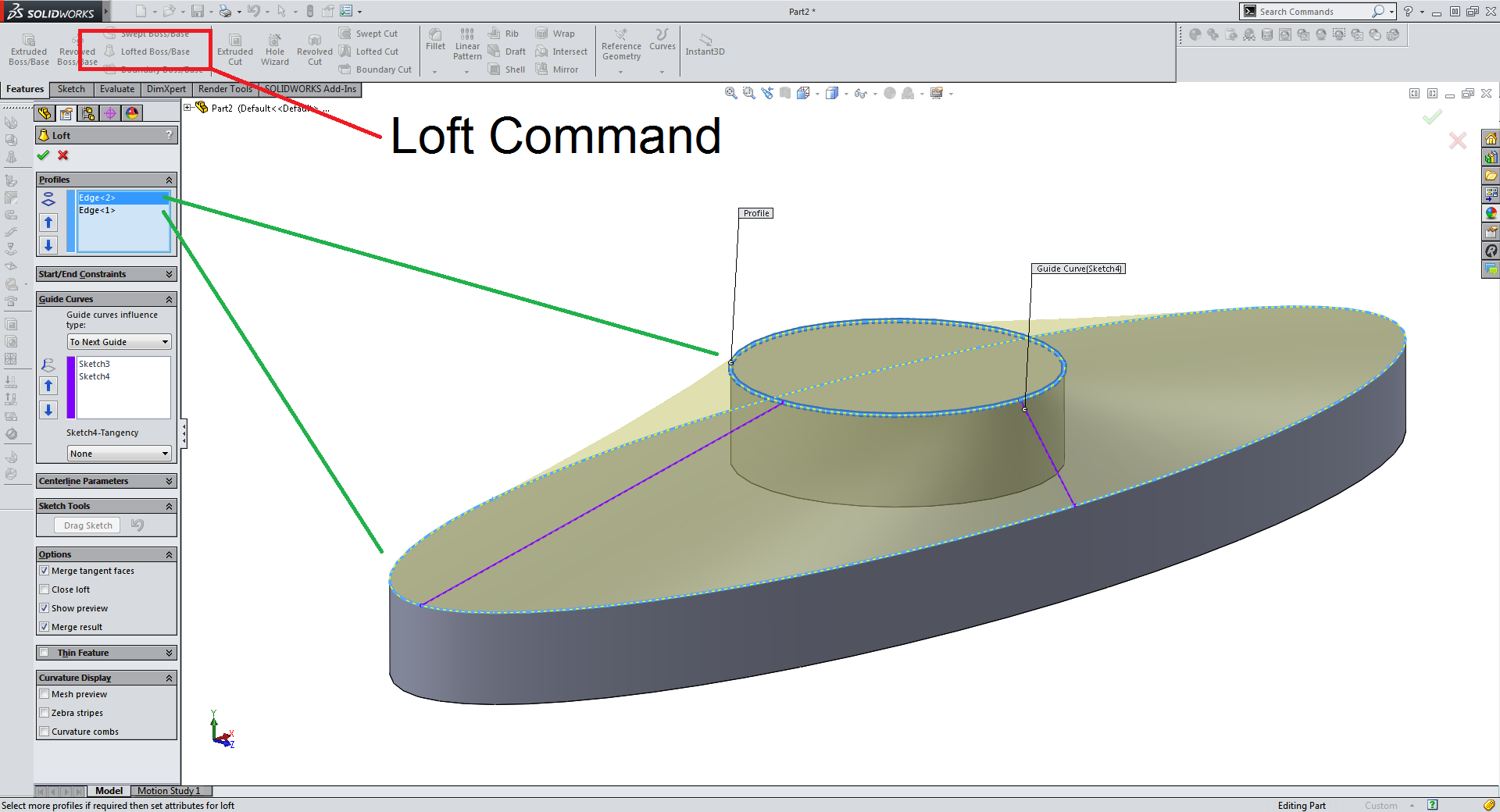 The process is similar in Autodesk Inventor, which I could show if you wanted, but I don't have (have never used) 123D, so I can't speak to whether or not that package has this tool.

Not the answer you're looking for? Browse other questions tagged mechanical-engineering computer-aided-design 3d-printing solidworks autocad or ask your own question.

1
How to have multiple copies of the same component all with different colours in Solidworks?
4
Looking for advice on design of some rollers
0
How can you calculate the torque and speed of a single output gear being driven by two different input gears?
1
how to create rounded edges on box using Autodesk Inventor? using overlayed plastic
0
How to draw orthogonal lines between two points in AutoCad which will be redrawn automatically if the points are shifted?
1
How to use the intersect tool for two components in an assembly with solidworks?
0
How should I create the pendant shown below?