How can I tell if a gear is pressed or threaded?

I recently bought my first lathe (A circa 50s PREMO, Australian built with tapered roller bearings) and the spindle has a little bit of wiggle parallel to the axis of the spindle. I decided to pull the spindle out to take a look at 'er, but I ran into a spot of bother with the gear that mates with the reverse tumbler. (And just to be clear, I'm absolutely certain the gear needs to come off before the spindle will come out, it's bigger than the ID of the cone pulley)

This may seem silly, but I can't work out how that thing is supposed to come off. The gear sits on top of a threaded portion of the spindle (And indeed before getting to the gear I had already removed two nuts from that end of the spindle), so that was my first thing to try. Grabbed it with a chain wrench, gave it a fairly good torque, nothing.

Next thing I noticed was that there was a keyway cut in the gear, so I took a look in there. Sure enough, the threads extend under the gear, but curiously there doesn't seem to be a thread cut on the inside of the gear. I would have expected to see the tell-tale profile of the internal thread, but nothing; smooth. My next thought was that it was simple pressed on with a key, but I couldn't see a key, and in fact I'm able to push an allen key down the keyway the full thickness of the gear, there's nothing there. In addition to the lack of a key, there doesn't seem to be a matching keyway on the spindle for the gear to key into. 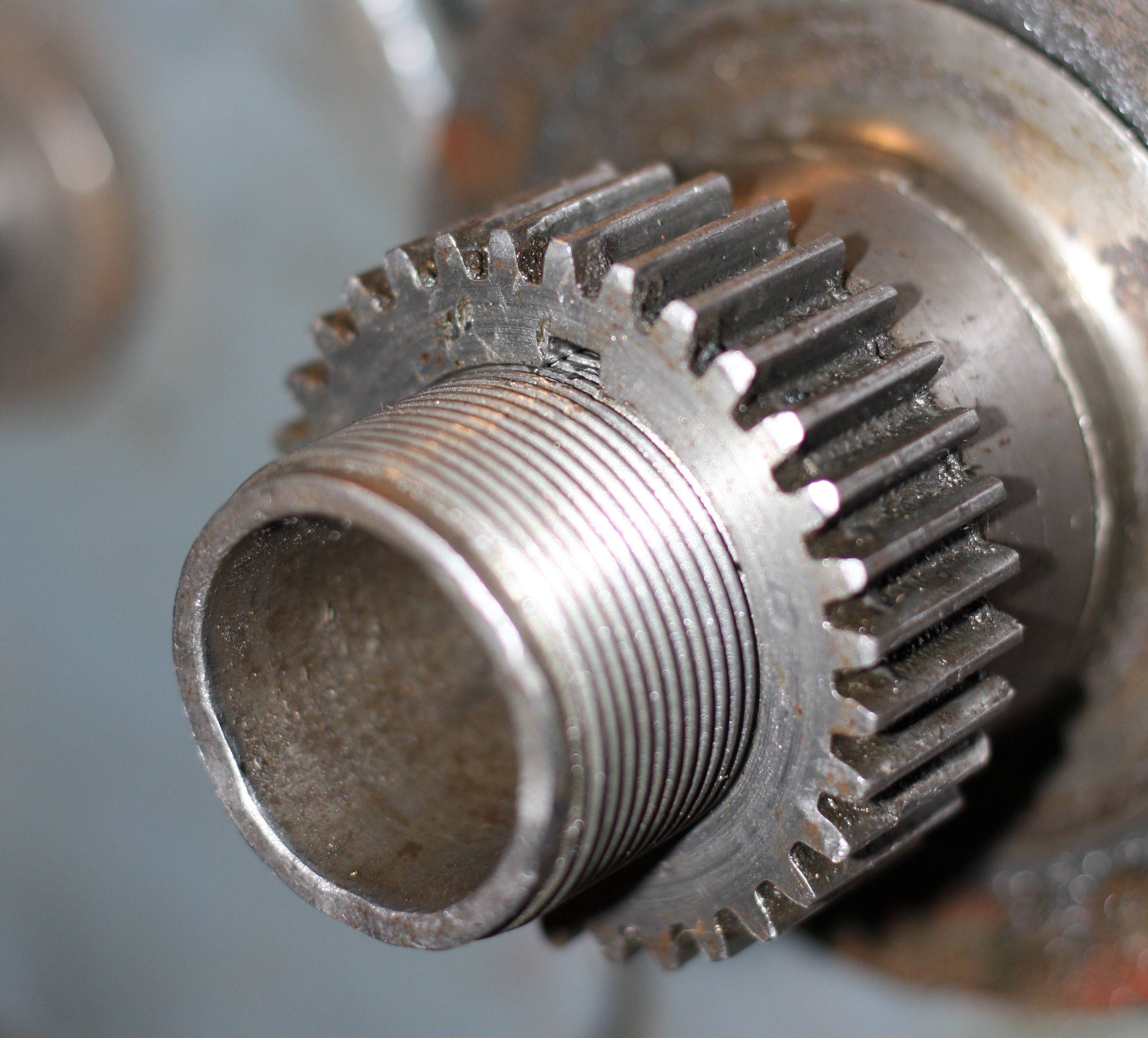 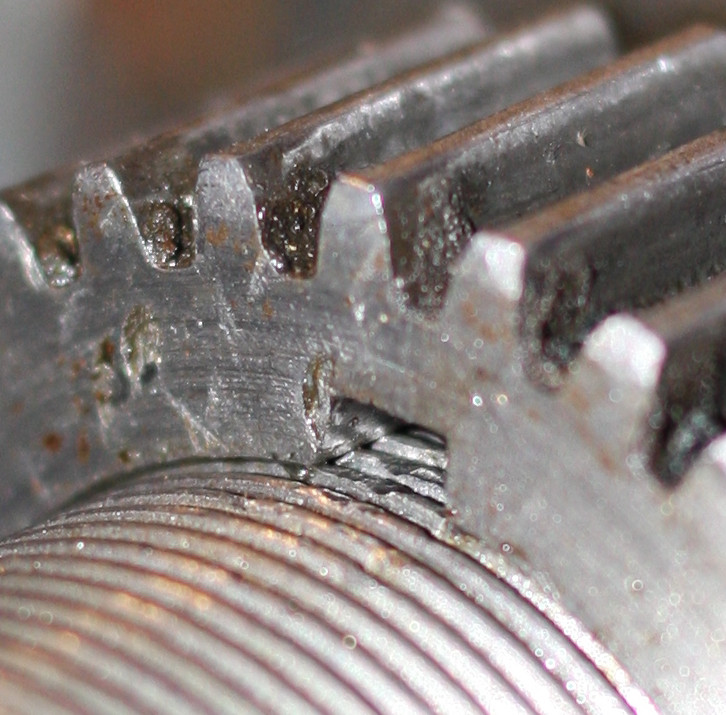 I decided that because of the lack of threads, it was more likely to be pressed on. So I whipped up a little shopmade gear puller, gave a little tug, and off it came. As it turns out, the gear and the spacer that I'd thought to be two pieces was actually one piece, and the key was under the spacer rather than the gear. Mystery solved. 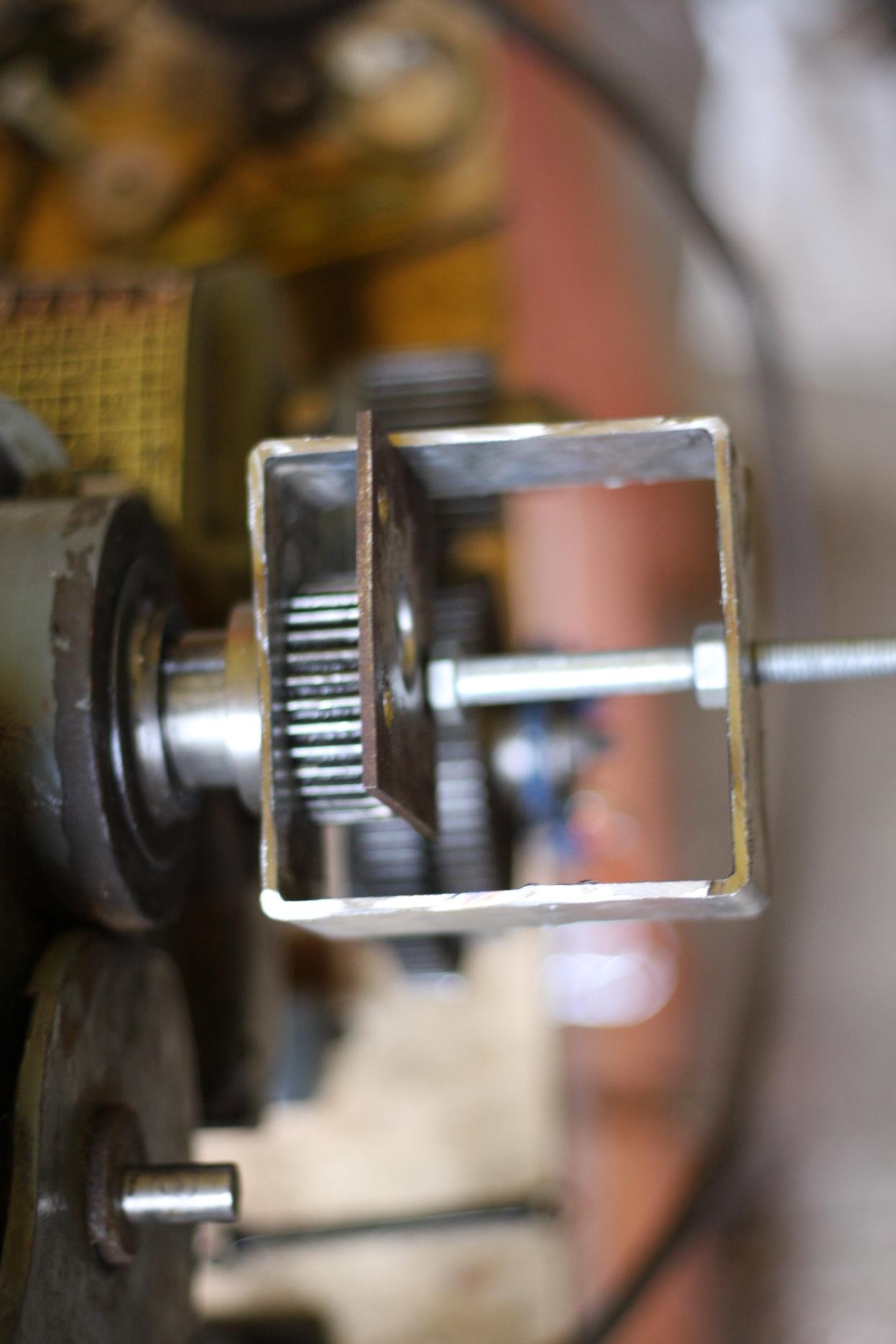 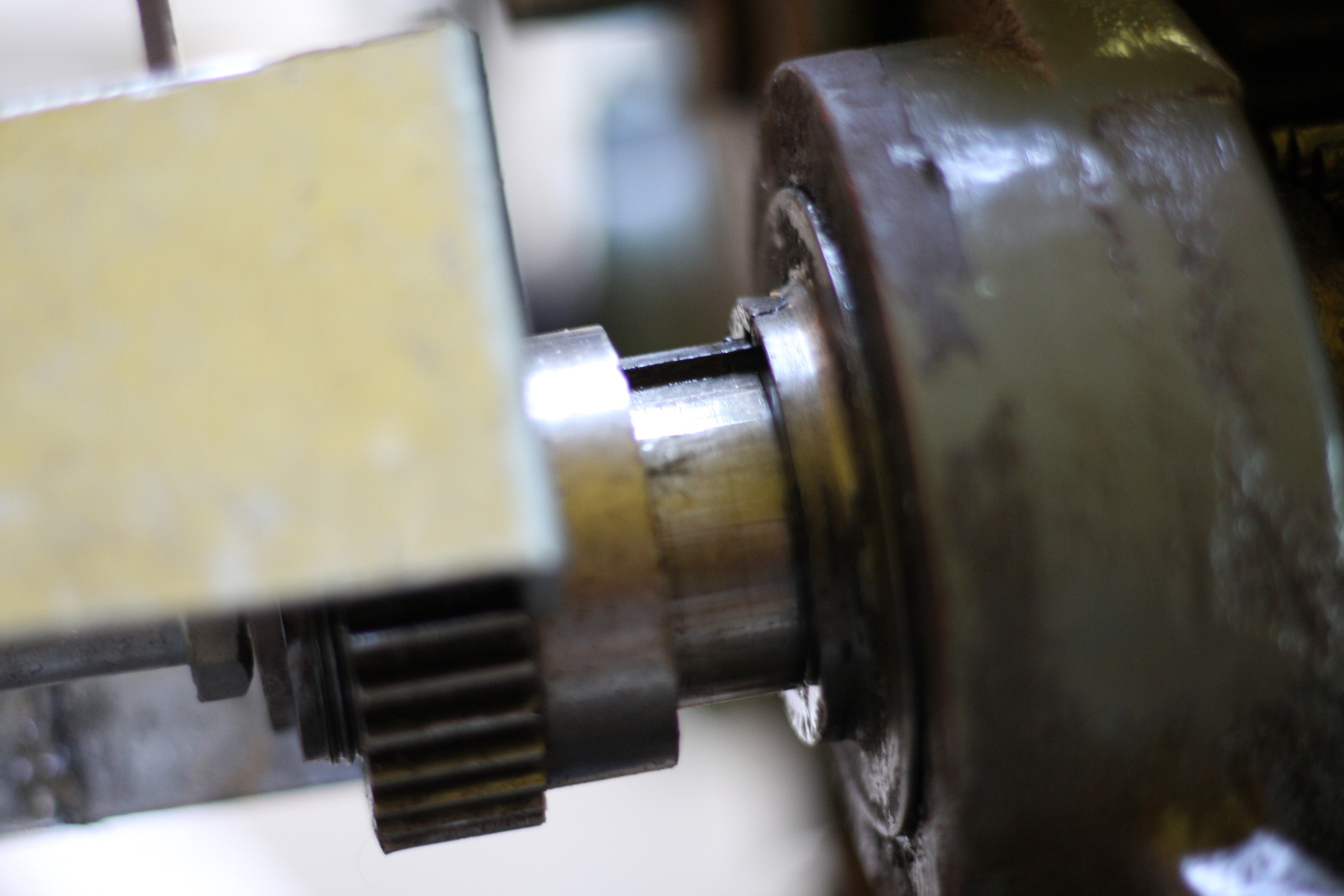