Locking the shaft of a small fan-like setup

I have a fan-like setup where a 4 mm-thick rod is attached to a small motor-driven shaft (also 4 mm thick) such that the rod turns about its centre as the shaft turns: 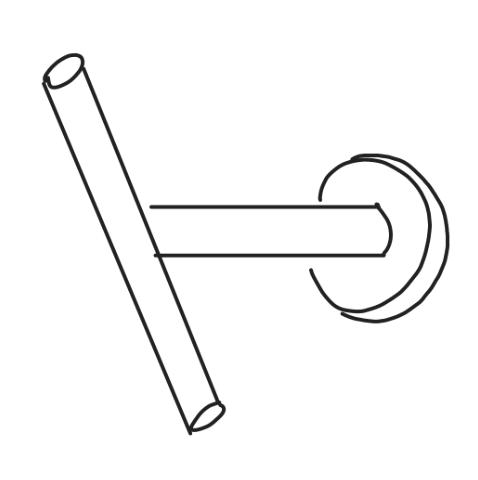 It's a closing mechanism for a catflap. It normally can rotate in both directions, but when late at night, it should lock the outward direction but allow the inward direction. 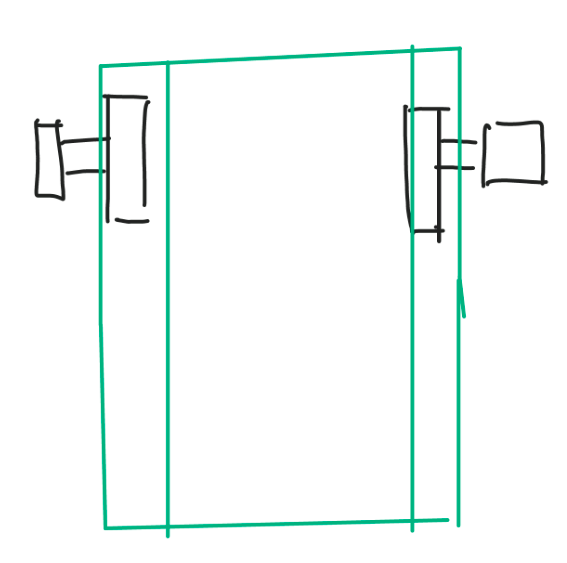 How can I block the shaft from rotating further clockwise (or the rod, for that matter) regardless of the current position? I'm hoping to have the shaft/rod blocked (using another motor) so that it won't rotate by +5 degrees or so even under some 7 kg-cm torque.

One method to control a shaft this way would be to use an electric clutch to connect to a Sprag Clutch, sometimes called a "one-way bearing". However, this would be a little expensive for your task.

Another method that may be more appropriate for you application is to use a plain hinge at the top (a piano hinge would work well), and a solenoid spring latch near the middle or bottom (chose location based on toque requirements). There is a wide variety of different types. You could also construct your own from a plain solenoid if necessary. Just have your timer/control engage the solenoid when you want the one-way operation to occur.

There are lots more options if the design is changed to sense the inbound cat and control the system accordingly.

3
Determine coefficients of friction based on the torque required to rotate a part on a shaft
4
Selectively rotating (engaging/disengaging) one of 80 couplings on a small shaft?
0
How can I couple two shafts along the same axis so that they rotate together, but only one shaft is allowed to drive the rotation?
4
How can I accurately measure the actuation force of small buttons (<1cm diameter) using home equipment?
1
Why is the rear wheel of the Penny-farthing so small?
1
What wheel setup on a small, solar powered car, would have the least rolling friction?
0
Measuring shaft torque of a small motor
1
How effectively will this evaporation setup cool down the water?