How can I control a Four-Bar Infinity Coupler such that it does not accidentally become a Paralellogram Linkage? It seems to me that, when the bars are all horizontal, gravity could change the movement of the green driven linkage. 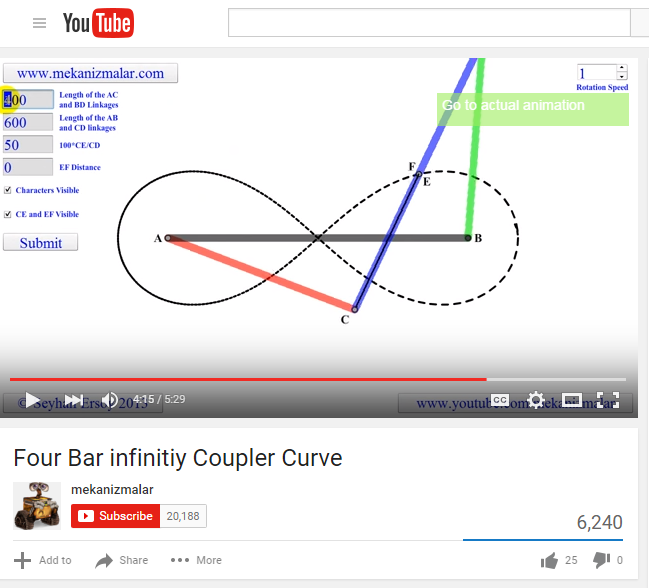 Correct, the linkage will randomly try to switch modes at the two top dead center locations. I have actually built one in the past and attempted to power only one of the rotational bars and expected the other to stay in its mode from flywheel inertia on that leg. However, the the linkage would still randomly switch modes and abruptly (sometimes catastrophically) change rotational direction.

Here are some possible solutions:

Gearing is complicated by the fact that the driver bar moves at a constant speed while the driven bar changes speed. 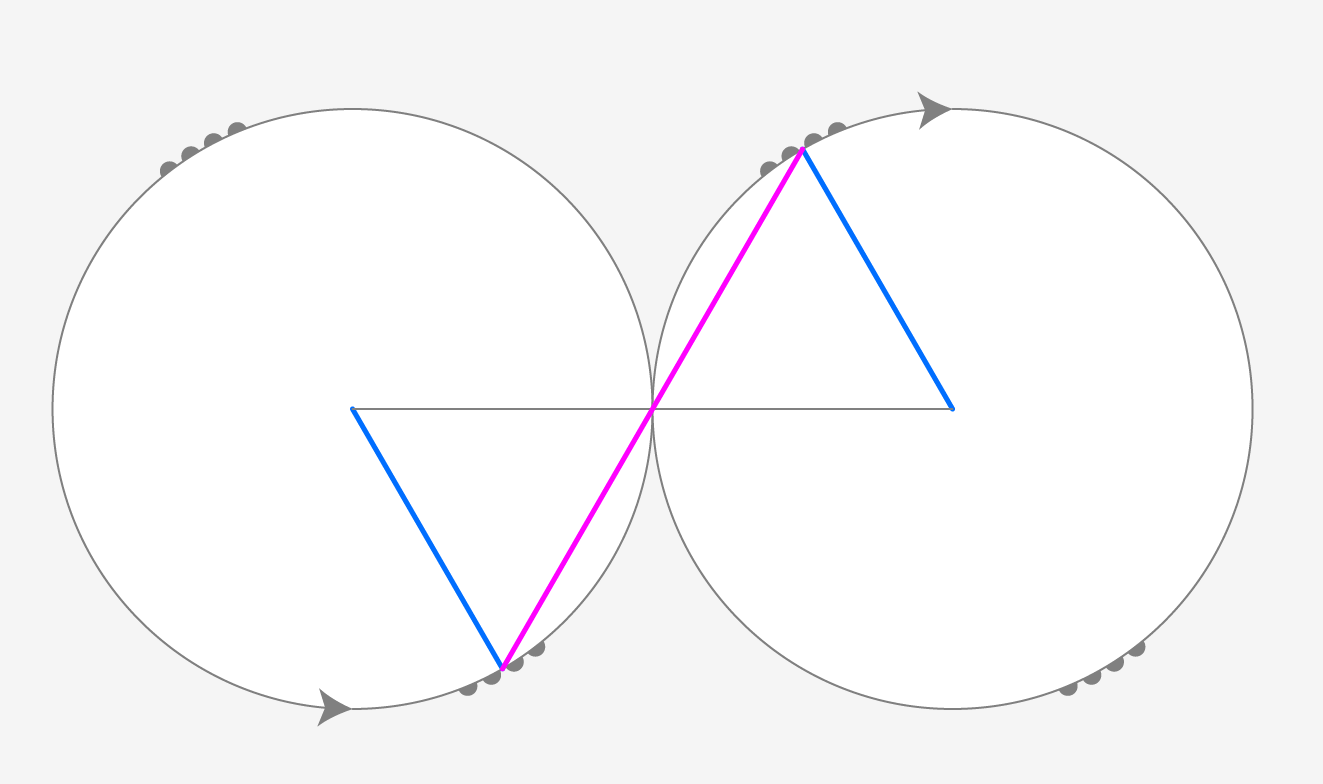 Not the answer you're looking for? Browse other questions tagged mechanical-engineering design linkage or ask your own question.

10
Are threads machined from high tensile steel more susceptible to damage?
3
How do folding barriers work?
4
Rotation around an axis outside of the mechanism
0
3D linkage design - terminology
0
Is there any mechanical engineering solution that employs 'ankling', as per a cyclist's ankle/foot/pedal setup?
1
What thickness of steel bar/pipe for home gym?