Why do 2 points on a mechanism not have the same angular velocities? 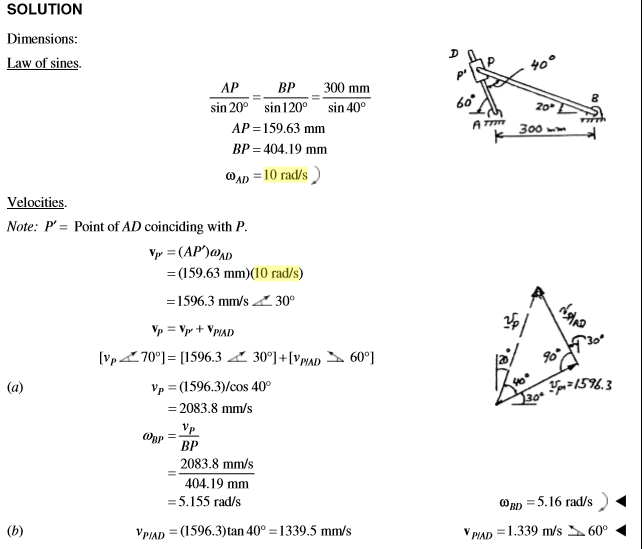 We are only given that the angular velocity of A is 10rad/s clockwise.

The velocity of P' is perpendicular to AD, and the velocity of P is perpendicular to BP. So clearly the directions are not the same. Thus there is relative velocity between P and P' as shown in the diagram. Now, if gyroscopes are mounted at D, P', or any point on AD, except A, they will all measure the same angular velocity. A gyroscope mounted at P will measure the same value as one mounted anywhere between B and P, excluding B.

Not the answer you're looking for? Browse other questions tagged kinematics or ask your own question.

1
What are the basic mechanism, components or parts to generate relative movements?
5
How to calculate the velocity of a piston-like linkage?
0
Kinematics Mechanics Find the length of the belt and the speed of the rack
1
Compound gear system: Finding velocity
0
Why is final momentum found by two formulae in case of increasing force not equal?