What do you call the difference between the on and off temperatures in a simple thermostat?

A simple thermostat will turn on at one temperature and off at a higher temperature. This keeps the thermostat from cycling on and off too quickly. The difference between these values is sometimes called dead band and sometimes called hysteresis. Both words apply to more complex processes like hydraulic valves and PID controllers, but what I am curious about is which one is better used to describe a simple thermostat.

What term(s) do you use in this context? Please cite sources if you can.

For some background, this question came up as a result of this Engineering SE question

Set point and trigger point are two terms that I am most familiar with respect to temperature controls. My experiences is limited to Thermotron and ESPEC environmental temperature chambers. I believe searching online resources section of both these organization's might lead to better focused definitions. Below is short list of terms defined in a Watlow controller. 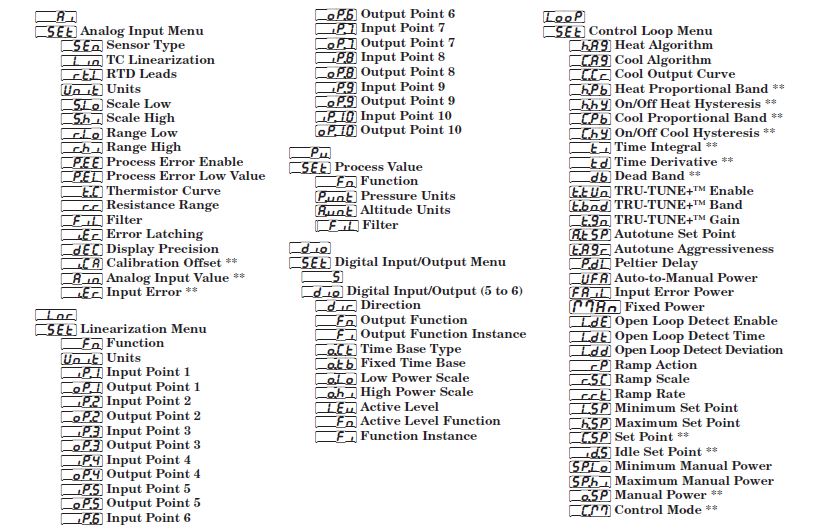 Below are excerpts from the user guide. 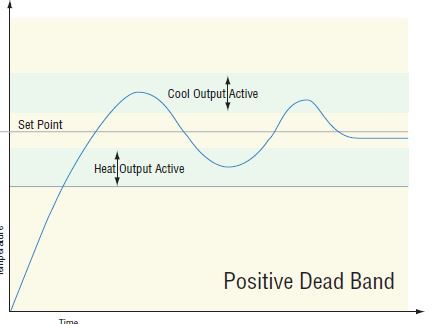 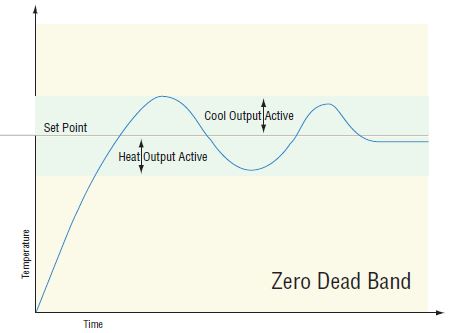 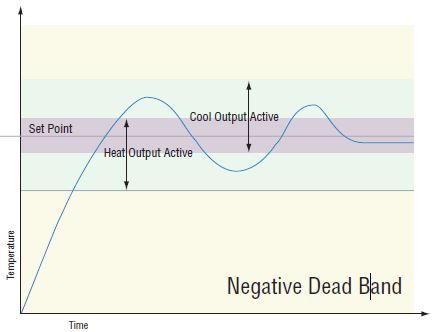 There is more interesting infomation with regard the on/off temperatures in the User Guide.

I'd say "deadband" is the more end-user term, and "hysteresis" more of a engineering term. Engineers will understand deadband in this context, but Joe Sixpack or even a electrician installing a thermostat may not understand what "hysteresis" means.

I disagree that these words apply to more complex processes. What is going on in a simple thermostat is exactly hysteresis, which is fine to express as deadband to laymen.

You are overthinking this.

The more precise meaning of deadband is actually different from hysteresis. A deadband is a region where the system doesn't respond to changes. This does occur in hysteresis, but the general case does not require hysteresis.

Such a deadband is usually undesirable, so systems are specified not to exceed a particular deadband. This is common in mechanical systems due to the combination of looseness of fit and static friction. It is often called the "backlash" in gear systems. Electronic systems can have a deadband caused by two diode drops, for example.

So in summary, it is OK to call the difference between the two hysteresis thresholds a deadband, but not all deadbands are due to hysteresis. In common usage, this is rather a fine distinction and I wouldn't count on people realizing this. Usually what is meant by the deadband in a system is clear enough from context.

In a engineering setting, use "hysteresis" when it really is hysteresis. In a lay setting, use "deadband" and don't expect anyone to understand nuances of hysteresis versus some other cause of a deadband.

The difference between the cut in and cut out of a temperature or a pressure control is the 'differential'. Simple controls have set differentials. I would use 'hysteresis' where there is a loss of movement in a mechanical gear and/or lever train when the train reverses direction. This is sometimes termed the 'lash'.

I think the Wikipedia Deadband article explains it fairly well.

A deadband (sometimes called a neutral zone or dead zone) is an interval of a signal domain or band where no action occurs (the system is 'dead' - i.e. the output is zero) ...

Examples of deadband I've come across:

"Hysteresis" is the term applied to any system whose state is path-dependent. You can have a control system, or for that matter, a mechanical system in general without a dead band but with hysteresis. Here's a sample curve from tdk-lambda 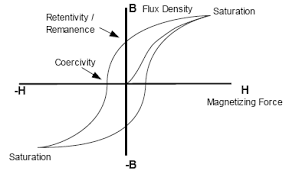 Not the answer you're looking for? Browse other questions tagged control-engineering terminology or ask your own question.

6
Is it a problem to have two heat sources controlled for different temperatures on the same heating circuit?