Is it a problem to have two heat sources controlled for different temperatures on the same heating circuit?

This is the situation - I have three heat sources, called CHP, burner 1 and burner 2 on the same circuit. All three feed to the same heating manifold, with various heat demands.

Preferably I want to heat with the CHP; if that is not sufficient, additionally with burner 1; and only use burner 2 if that is still insufficient. The CHP is always running and not controlled for temperature.

The reason for this scheme is that the CHP burns (free) sewage gas and earns money (electricity), burner 1 burns sewage gas and burner 2 uses (expensive) natural gas. Burner 2 is installed in case all other heat providers fail or the sewage gas runs out.

Here's my idea for a control scheme, where the actual temperatures are more examples than set in stone:

In the last case, burner 1 should run at nominal power and burner 2 at enough power to raise return temp. to 71 °C.

Will I run into problems with two burners on the same circuit controlling for different temperatures?

Your control logic appears to be sound. And with that logic, they could each be on separate simple thermostats if necessary. Just make sure all of your temperature sensors are sensing at the same location; or lots of craziness will happen. If you would like us to review your hydraulic plumbing you will need to attach a plumbing diagram.

One important thing to consider is that your thermostats will have a dead band. More expensive thermostats may have an adjustable dead band.

Dead band is the difference between when a controller starts and stops. So in your scenario burner 1 will start at 73 °C and will turn off at (possibly) 74 °C. This gives you a dead band of 1 °C. Depending on the thermal mass of your system, 1 °C may mean a cycle time of 1 hour or 30 seconds. If it is the latter; your themostat, relays and other hardware will wear out quickly so you will want to increase the amount of thermal mass or dead band.

Overlapping them would not necessarily be a bad thing; and would help the system quickly return to the 75 °C set point after a large load. Your choice here depends on how critical the 75 °C target is and how expensive fuel is.

You will also want to add some sort of notification system like an led to let you know when Burner 2 is on and that it is costing you money. Thermostats, relays, and temperature sensors do go bad. It would be nice to know if the system is acting up before the bill at the end of the month.

"Will run into problems" is a loaded question. If you properly design logic you should not encounter problems. But there are various types of temperature controllers in market that can help you avoid problems. Although not directly applicable, I am mostly familiar with Watlow temperature controllers and some insights into omega temperature controllers which are used in environmental chambers which perform similar functions. I suggest taking a look at these type of controllers because they offer out of the box solutions. Each vendor has different functions, features, and definitions but at a high level the following are the most common: 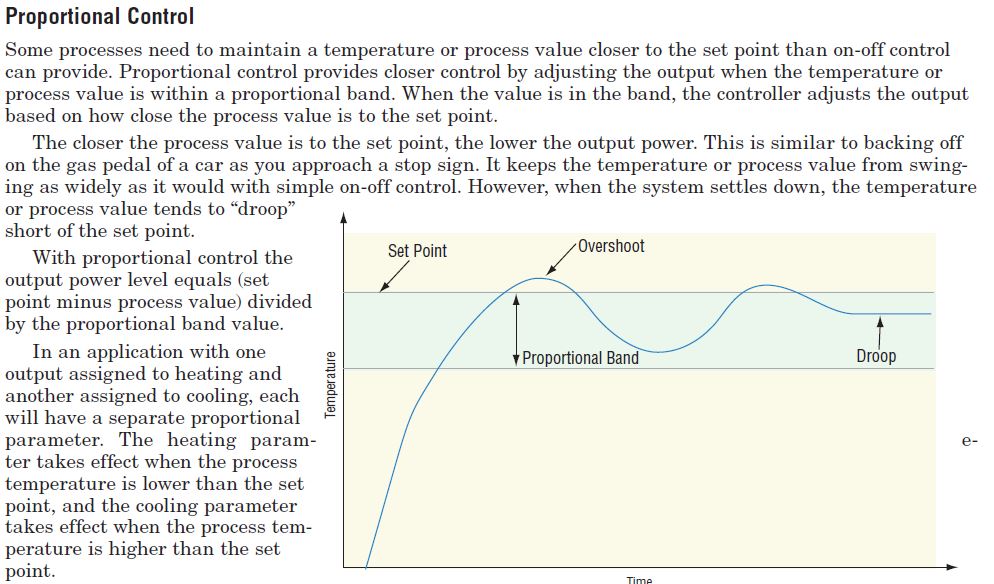 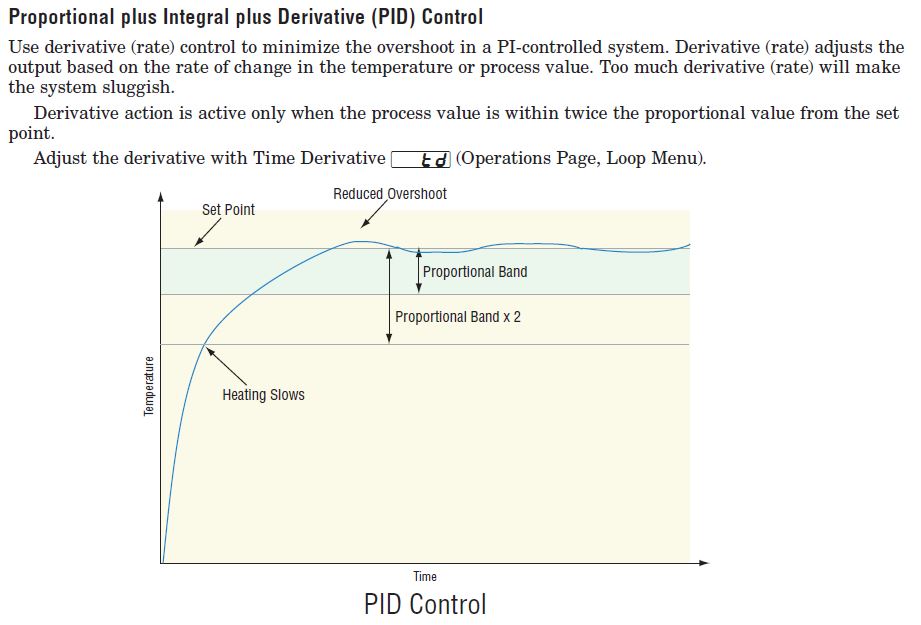 Using functions and features available in these controller you will able avoid common problems.

Not the answer you're looking for? Browse other questions tagged control-engineering heating-systems or ask your own question.

10
What do you call the difference between the on and off temperatures in a simple thermostat?

4
How do I calculate the density of seawater at different temperatures?
1
Heating circuit - help me understand control scheme of return temperature
0
When heating a house, does the water flow slowly decrease as the difference in temperatures approaches 0?
0
How do I correctly model a building to determine effectiveness of a heat source?
2
Why not drive an air source heat pump domestic heating system with an auto engine?
6
Calculation of the stored energy for a heat storage tank