Can I remove one or both of these support posts in my basement? [closed]

Below is a picture of two supporting posts in my basement. The posts are directly underneath the kitchen/dining room. Would it be feasible to remove one or both of the posts? What would the cost roughly be to make this change?

Note: I know that I should have a structural engineer take a look before actually making any changes. Also, I live in the mid-west. 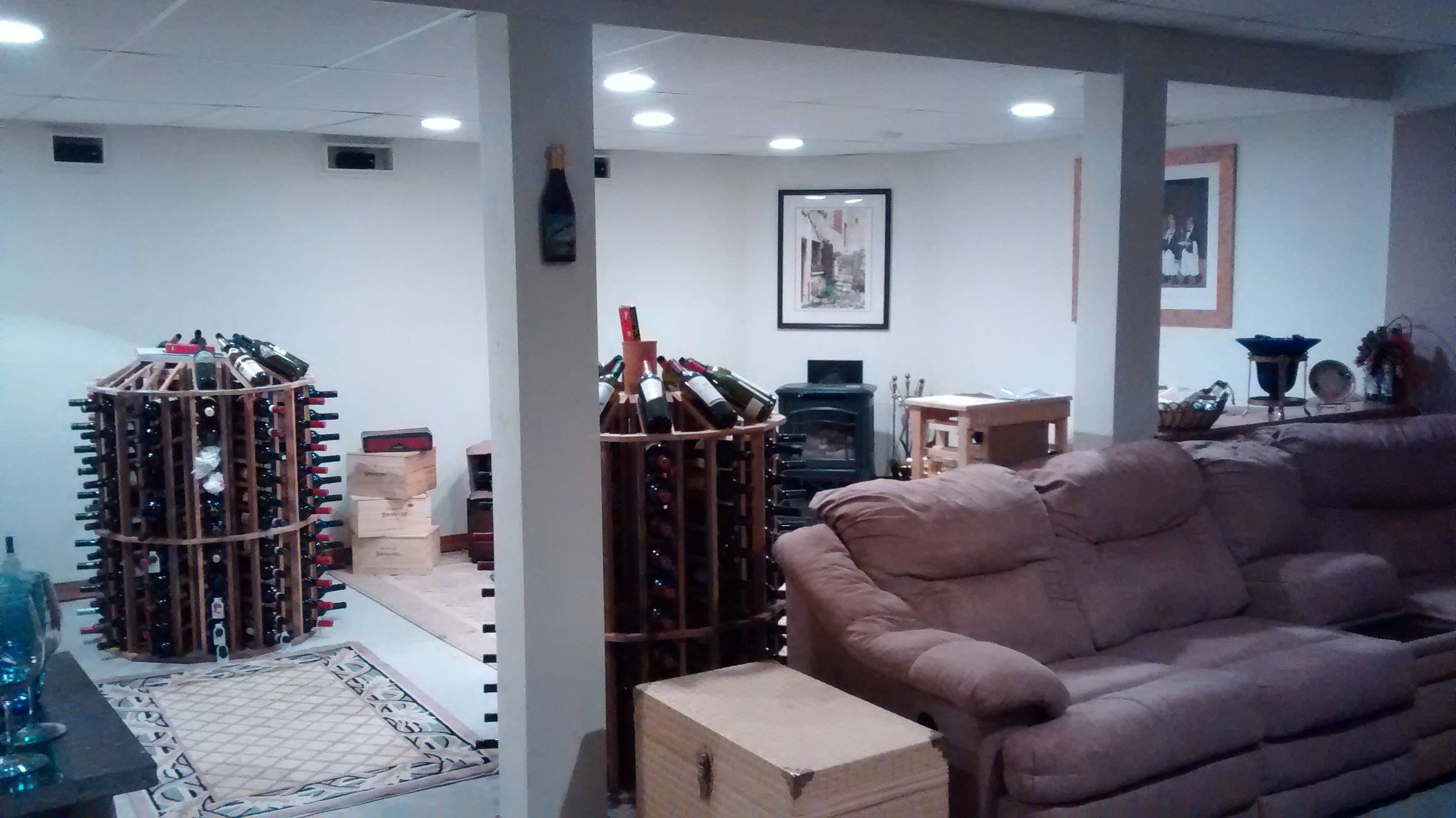 Whenever one speaks about removing a structural element (column or beam), the initial hypothesis must always be:

NO! GOD NO! WHAT ARE YOU DOING!

The second hypothesis must always be:

That being said, it can be done. But it is not trivial and requires a serious investigation by a structural engineer. This is a "last resort" issue.

So, with all certainty, if you simply remove the columns, the beam will collapse and probably take the rest of your house (this is the basement after all) and you with it.

So, you'd need to effectively redesign the structural layout of your basement. Without columns, you'll need to replace the current beam. That's basically a given. Then you'll have two choices:

There are then a bunch of issues of how to make the beams and the ceiling slab work in tandem to improve the beams' efficiency and to certify that the slab isn't "floating" over the beam, how to tie your new beams to the columns (if the beams are of concrete), limiting deflections and vibrations so that your dinning room doesn't sink or feel like a rock and roll concert when your cat walks over it, how to safely remove the existing columns and beam prior to doing your new layout, etc...

So yes, you can do that. But are you really, really, REALLY, REALLY sure you want to?

Not the answer you're looking for? Browse other questions tagged structural-engineering beam or ask your own question.

7
How significant is a 8,500 lb concentrated load in a large (25+ floors) residential high-rise?
6
How should one model a structural model with both line elements and area elements?
2
Tornado Safety: Basement or first floor interior room?
2
Does an external force at a joint between two members act on one member or on both?
3
How much weight can an aluminum tube beam support?
2
How can I determine the required thickness of these plate materials?
3
How does one build a waterproof basement?