I'm trying to understand and identify the equations to use in defining the relationship between wind velocity, turbine rotor diameter, and power output for a wind turbine.

To simplify my question, let's use the following assumptions:

The Betz limit will give you a good theoretical maximum from your wind velocity and swept area. Your real world turbine will fall somewhere below this number based on its efficiency.

For measuring power production over a period of time, you need wind data for that particular area. Wind data can be iterated and summed for a particular turbine, but generally the Rayleigh distribution is used for a close approximation.

Like EnergyNumbers mentioned, it is not economically feasible to collect power from very high speed wind that only occurs once in a while, so turbines have braking and feathering systems to protect themselves in a power off state during these situations.

It's not a simple relationship.

First let's deal with the kinetic energy of the wind passing through the rotor.

Now, an idealised wind turbine would capture as high a proportion of that energy as it possibly could: that proportion is given by the Betz limit, which is $\frac{16}{27}$.

However, in the real world, we don't achieve perfection, so at best the real proportion is a bit lower than that. And also, in the real world, we have to make trade-offs based on cost. And that means that at higher speeds, which happen less often, although we could capture much more power, it's just not worth the extra expense of uprating all of the electronics and the connection to the grid, for those times, because it wouldn't represent much extra energy over the lifetime of the turbine, but would be a lot of extra cost. So the blades get feathered at higher speeds - at any speed above what we define as the rated wind speed - and the power generated is capped at the rated power. And there gets to be some rare wind speed where, in the interests of a long and healthy lifetime for the turbine, it's most economic to shut it down completely until wind speeds drop again: that's the cut-out wind speed. And at very low wind speeds, there's virtually no energy in the wind - nothing worth harvesting, and not enough to get the blades moving. So below a certain speed - the cut-in wind speed - no power is generated.

All this gives us a curve of how generated power varies with windspeed that looks like this: (source) 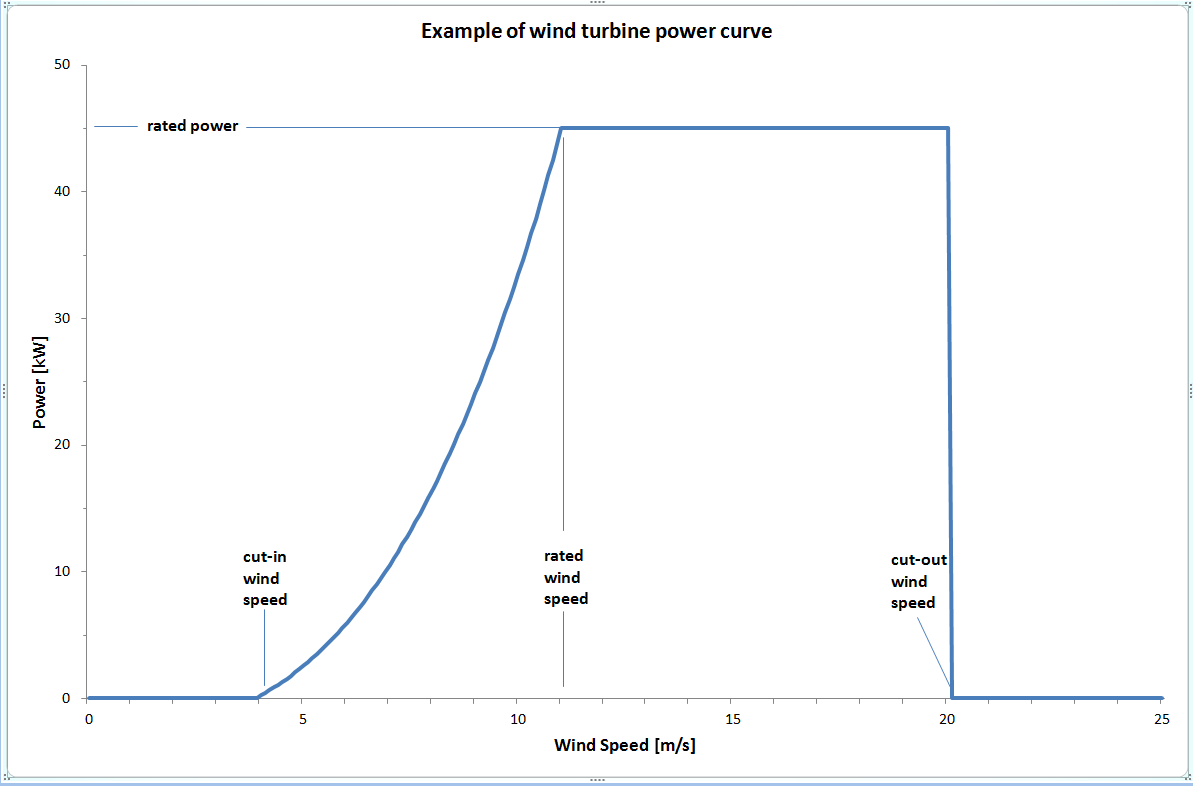 The power generated depends on the product of two factors: 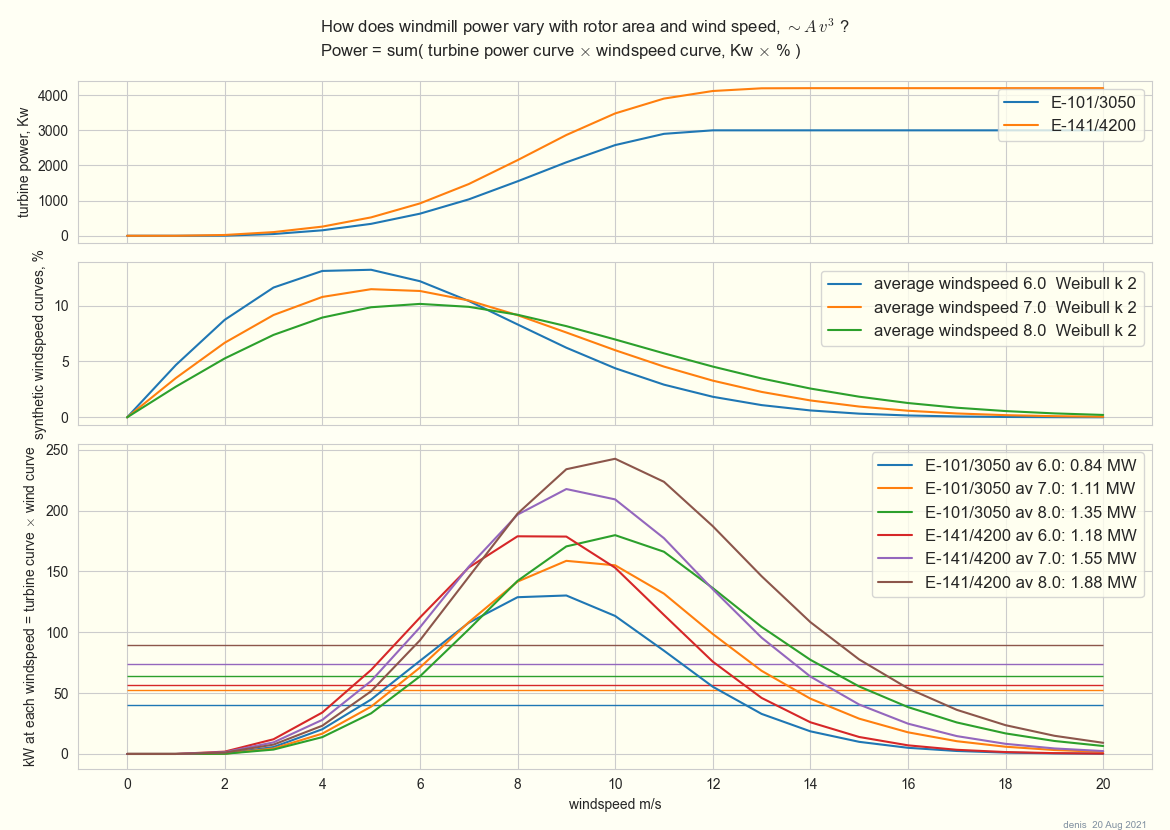 Let's compare this with the theoretical $A \, v^3$, as described e.g. in MacKay, Sustainable Energy -- without the Hot Air p 263 ff. Consider the effects of $A$ and $v^3$ on power separately:

(Fine print: why synthetic windspeed curves ? Real data is hard to find (worth \$\$\$). There are of course lots of histograms with average 8 m/s. Weibull give a family of curves or histograms with the same average, and a parameter $k$ that shifts less wind at lower / more at higher windspeeds.)

Summary: is there a simple model of wind turbine power$( A, v, height, cost )$ that fits power actually generated to within say 10 % ? Sounds unlikely.
Share
Improve this answer
answered Aug 20 '21 at 10:37

Not the answer you're looking for? Browse other questions tagged energy renewable-energy power wind-power or ask your own question.