Why is this box girder made of lattice on one side only?

Here's a zoomed piece of this image from Wikipedia 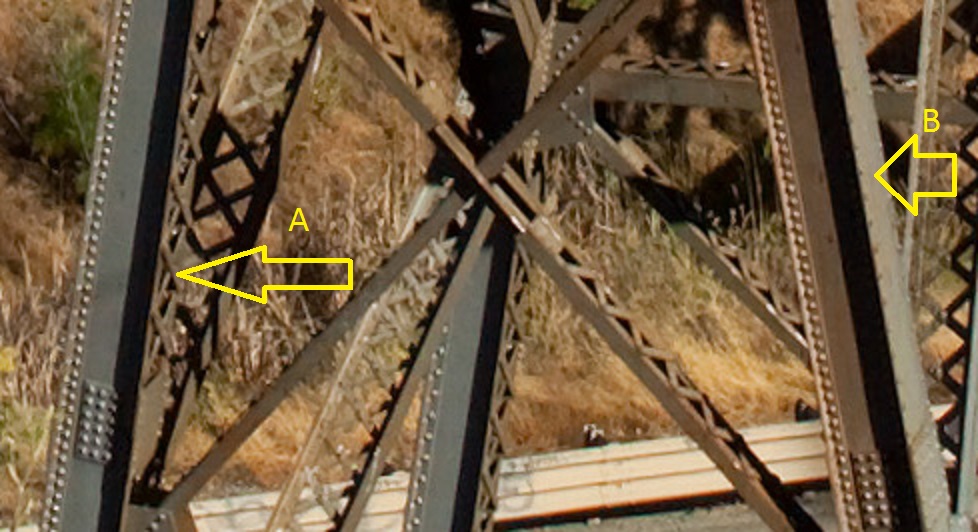 That's a close-up of a tower holding a railroad bridge. A and B are two of the four columns in the tower's corners. I assume that they are placed symmetrically, so arrow B points onto the typical "outerwards" surface and arrow A points onto typical "inwards" surface.

Note that where arrow B points the surface is solid and where arrow A points there's a lattice instead. Note the numerous rivets alongside each beam - the beams look like they are box girders assembled such that each of them has three solid surfaces and one lattice surface.

What would be the reasoning for having a lattice on one of the surfaces only?

I can see a few reasons why three of the sides would be solid and one side open. They are listed in roughly order of decreasing importance.

Not the answer you're looking for? Browse other questions tagged civil-engineering structural-engineering steel beam bridges or ask your own question.

8
Why build a cell lattice tower with square cross-section instead of triangular cross-section?
11
Why do we use multiple reinforcing bars instead of one bar with a big diameter in reinforced concrete?
5
Why use two tower cranes on one construction site?
12
Why was a coil chosen over a straight for this overbridge?
0
How to install a doorway through a stone wall where a barrel ceiling is on one side
3
Why is there a row of circular holes in this concrete beam?
0
Why is there a side walk in the ditch in between two highways?
11
Why are some public benches made with arm rests that waste so much space?
1
is this a picture of a plate girder train bridge or a deck truss train bridge?