Is hydrostatic pressure a dead load or a live load?

I have a structural analysis question. I want to know if the hydrostatic pressure in a water tank is a live load or a dead load and why?

Eurocode looks into this with very much detail, see the "Loading Standards" list, attached. You can see that there is a document dedicated to actions in silos and tanks. This deals with hydrostatic forces.

But as a rule of thumb you have two types of loads:

Self Weight (Dead Load): Loads that are fixed and do not change during the lifespan of the structure. The load factors only accommodate variances in quality of workmanship and materials.

Imposed Loads (Live Loads): loads which may vary during the lifespan of the structure. This means anything which may change. This would include your hydrostatic pressure, since the water level may change. 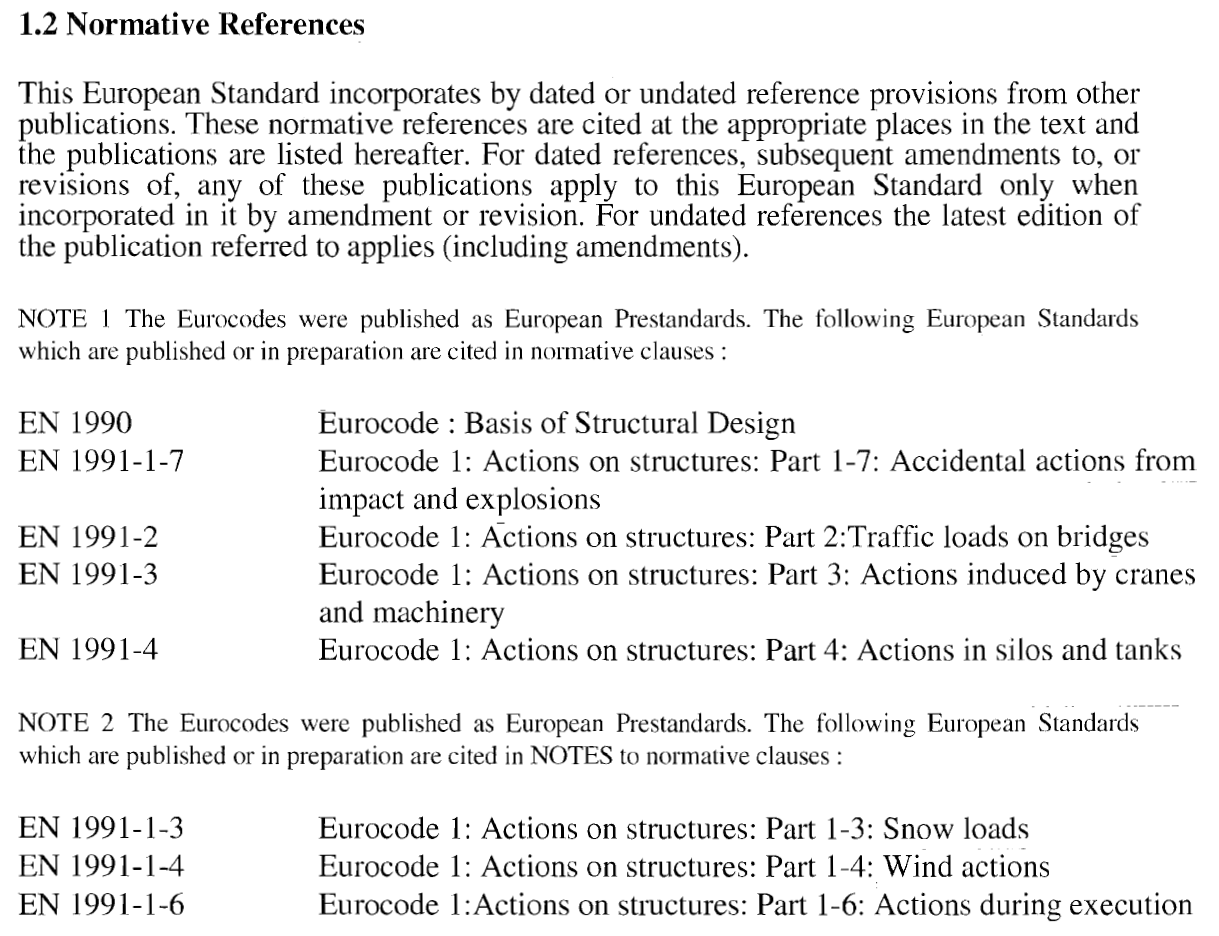 This will likely depend on your jurisdiction, but here is my interpretation based on US codes.

Dead loads are typically considered well-known and well-defined. For example, if you have a W8x13 beam, you know that that piece of steel is 13 pounds per linear foot. This is why the LRFD load factor for dead load is lower than other loads - there is less inherent variability in the loading. This is unlike a live load, where the occupancy of a building isn't well-known and is really just an educated guess based on the space's function.

ASCE 7-05, Chapter 3 is titled Dead Loads, Soil Loads, and Hydrostatic Loads. Though it doesn't explicitly include hydrostatic pressures on tanks, it does discuss lateral pressures due to soil and groundwater.

In my opinion, the hydrostatic pressure on a tank wall is therefore a Dead Load. However, check with the authority having jurisdiction or your code of record to be certain.

@grfrazee says it's a dead load, @NamSandStorm and @hazzey say it's a live load, and now I'm going to stop half way between them.

It depends on what your tank is doing:

It may depend on your location, but in the USA most codes eventually reference back to ASCE 07 "Minimum design loads for buildings and other structures." In there, one load type is:

The load is then included the load combinations in the same place as live load.

It could be argued that in your case, the load is easy to calculate accurately. This could make it seem like it should be factored as a dead load.

From a practical perspective, when in doubt (and if it does not lead to an overly conservative design) look at both cases, and after analysis choose the worst case scenario.

Whereas the codes are the guide (and there appears to be some contradiction between US and European codes from the information provided), in any case the final result must be a structure that can serve it's design purpose.

Not the answer you're looking for? Browse other questions tagged civil-engineering structures or ask your own question.

10
Is a permanent platform that is hanging and moving a dead load or a live load?
7
Should I model the load from a pool at the top floor of a multi-story building as live or dead?

10
Is a permanent platform that is hanging and moving a dead load or a live load?
6
Truss manufacturer drawings unclear
7
Should I model the load from a pool at the top floor of a multi-story building as live or dead?
2
Total lateral pressure from clay soil when hydrostatic pressure is also present
1
How to analyse a beam considering P-delta effect?
0
Difference between Allowable Bearing capacity Service and Ultimate?
1
column bending stress under vertical earthquake load
0
The difference between two load combinations in LRFD
1
Civil Engineering - Detailing of free draining backfill and modelling of hydrostatic pressure in retaining walls