I´m developing a tool to generate an openFoam wind tunnel case of a wind turbine. I already have the blade geometry constructed, but I'm really new to CFD and parametric meshing. I found some articles where they mention a C topology to mesh the airfoil and also some software (bladedesigner) that mentions a topology named O10H, but none of these has a reference about how to implement these topologies and if there are others. They also do not specify what the best use cases for each one.

Can someone help me to get started making an efficient mesh for my tool?

EDIT: At the end I want to have a domain like the picture below, with other blade orientation, but first I need to define the mesh topology around the blade. 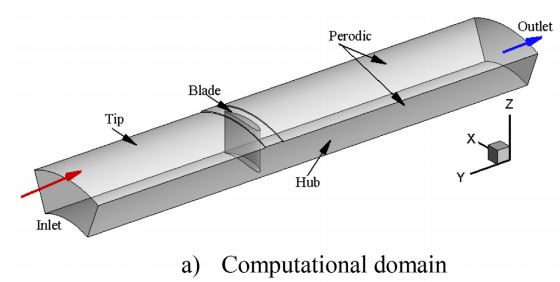 Some of the mesh topologies that I found: 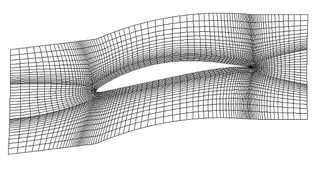 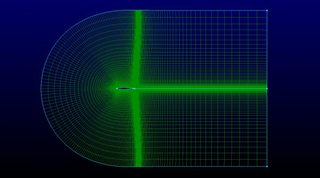 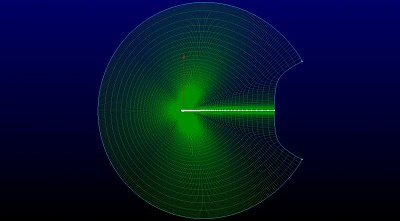 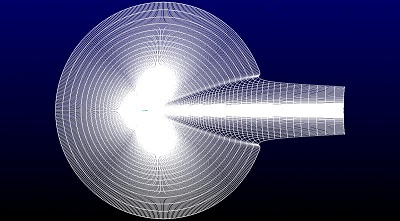 I modeled a vertical axis turbine back in 2010 in a two dimensional rotating reference frame in OpenFOAM with good results. I am not up to date with the new tools available, but you want to make sure that your geometry is in fact rotating according to the model (perhaps your periodic boundaries are handling this for you).

I used gmsh (http://geuz.org/gmsh/) for my mesh generation. You want to make sure your boundary layer on the blade surface is hexahedral and the remaining volume can be filled with tetrahedrals as they are very forgiving of complex geometery.

I would highly recommend reposing your question on cfd-online. Lots of experts on there with specific OpenFOAM experience. http://www.cfd-online.com/Forums/openfoam/

I would recommend using third party software for meshing like gmsh, gambit or fluent where you can import your geometry, edit it, define the topology and get the mesh. Gmesh is free while the rest are not. You might be able to find many tutorials on meshing in these softwares on youtube

Not the answer you're looking for? Browse other questions tagged airflow cfd wind-power meshing wind-tunnels or ask your own question.

4
Wall functions and separation in turbine blade simulation
4
Inline ducted fan/air turbine blade design to maximize output torque
1
What does mesh topology mean?
1
Is a geared motor better for a DIY wind turbine?
0
How to do Blade Element Momentum Theory Analysis for NACA airfoils?
0
Pressure drop in a CFD simulation of an air flow too small