I am simulating an axial flow air turbine (the Wells turbine for extracting wave energy) using MRF. The problem is when i calculate the blade torque, it gives a value close to zero!

The solution is converged well but the problem is with the moment report. my torque is very low . I tried different mesh and all give me almost the same number (which is very low compared to experiments). Is there any adjustment that must be made in fluent before starting the calculations?

I divided the mesh into two domains. the first domain is the piping before and after the The turbine and the second domain contains the turbine blades. the domain containing the blades rotates at 2000 rpm while the other one is stationary. I meshed the geometry using Gambit. I assigned a negative rotational speed (2000) to the walls above the blades to maintain the turbine casing of the rotating domain stationary relative to the blades. the turbulence model is k-epsilon high Reynolds number.

The mentioned turbine have three major components(blade-hub-casing) that these components should be set in Fluent. I performed different meshes and Many attempts have been performed in order to construct a high quality mesh, especially at the blade tip clearance zone(please see second figure), but the results is not validated with experiments.I should validate three non-dimensional coefficients as follow: 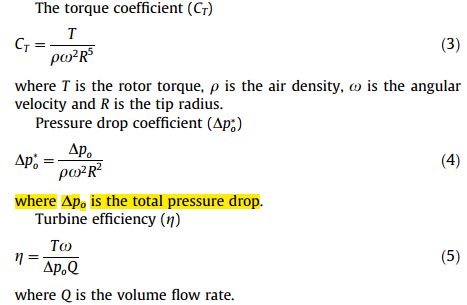 This turbine have tip gap(other its name is tip clearance), please see the following figure: 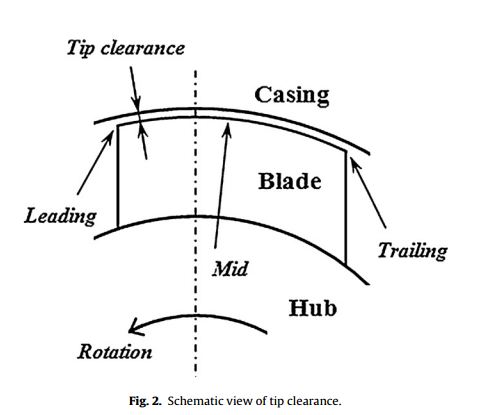 I divided the mesh two domain and one material(material is air=default). This turbine have 8 blades((360/8)=45 deg=angle between blades). Due to the circumferential symmetry, only one eight of the annulus has been computed, imposing periodic boundary conditions in the tangential direction. In my model, the computational domain has been restricted in the axial direction to four chord lengths upstream and eight chord lengths downstream of the blade. 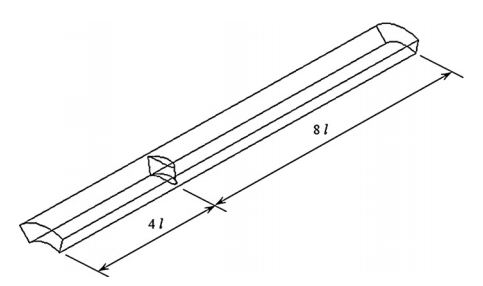 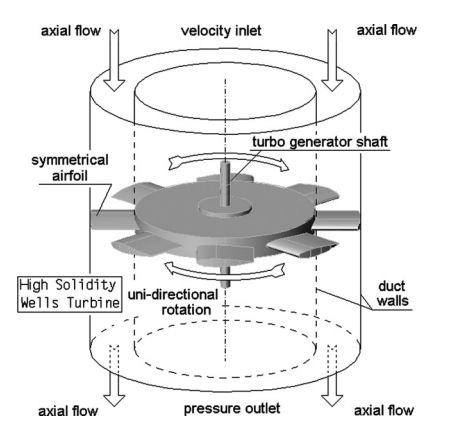 Also, I created an interface between the rotating and non-rotating region.

boundary conditions and components and position of interfaces are as follow:

for stability purposes it is better to set it to an rotational velocity of m/s, direction vector +y.

value of pressure is zero and I enabled option of radial equilibrium pressure distribution.

*About calculation of tuque:

The moment center is 0,0,0; for the moment axis I choose the +y direction and wall zone is blade. Totally, apply print. And moment refers to 1 blade, because I simulate periodic: total moment in +y direction will be total moment for one blade multiplied by the number of blades.

According the following sentences in Ansys Fluent Help, Which do I choose? Absolute or fluid zone? 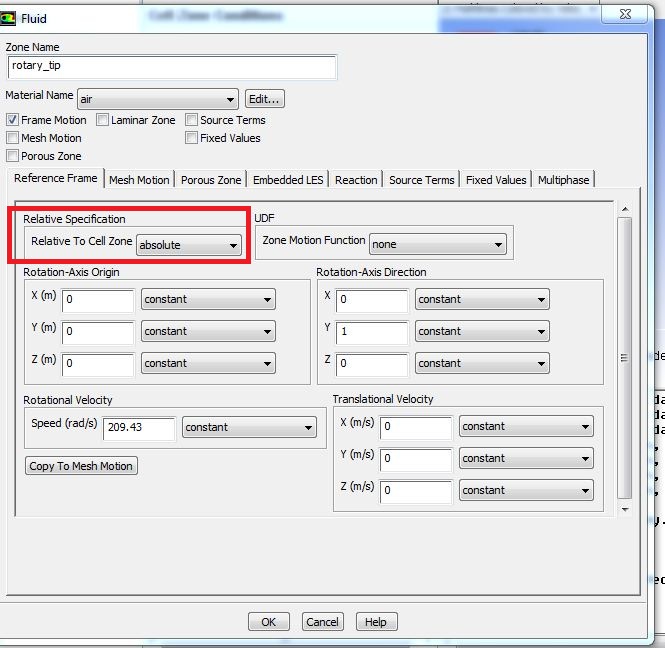 "Relative Specification indicates whether the velocities are absolute velocities (absolute) or velocities relative to the motion of each cell zone (Relative to Cell Zone). This selection is necessary only if your problem involves moving reference frames or sliding meshes. If there is no zone motion, both options are equivalent."

Thing that I should say is that, in order to judge the convergence, torque coefficient generated by the rotor is monitored. when i saw torque coefficient is constant and it do not change, I stop calculation. Number of iterations is about 500. I think this number is very low because now that I see static pressure contour around of blade, it is not solved well. In fact, Static pressure contour is not good!!! I think that behavior of other quantities, such as the total pressure at the inlet and outlet boundaries should be also monitored. Am I right? I think that Streamlines and direction of velocity vector are correct.

Velocity vectors on the blade:

Static pressure contour is not good!!! 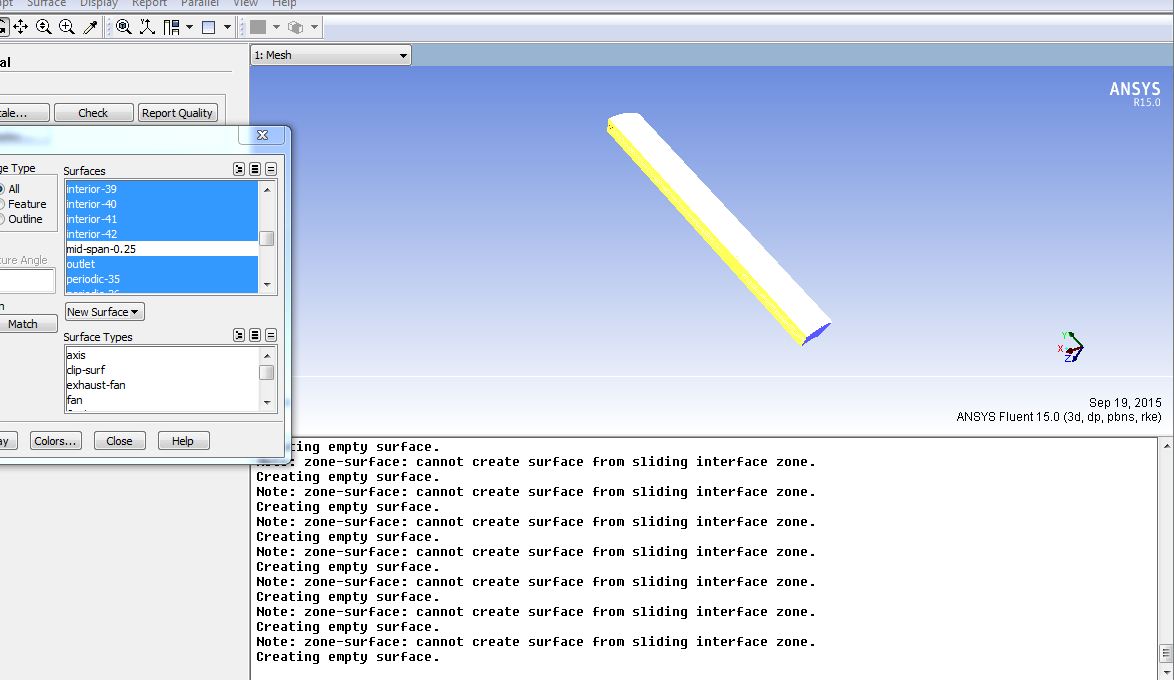 Browse other questions tagged mechanical-engineering fluid-mechanics turbines or ask your own question.

3
Torque in axial flow turbine
6
efficiency and flow separation
5
Wall functions and separation in turbine blade simulation
2
How do I set skewness correction in fluent?
6
Streamlines at the boundary of rotating and stationary domains are malformed
4
Why does my model of a wind turbine show high RPM with low power output?