For a SoliidWorks drawing, how to use the "move" button of "layer properties" setting?

I'm trying to move a layer in a SolidWorks drawing to be behind another, such that the later later won't be occluded by the former.

This feature appears to be working in SolidWorks 2022, with a button called "Move" 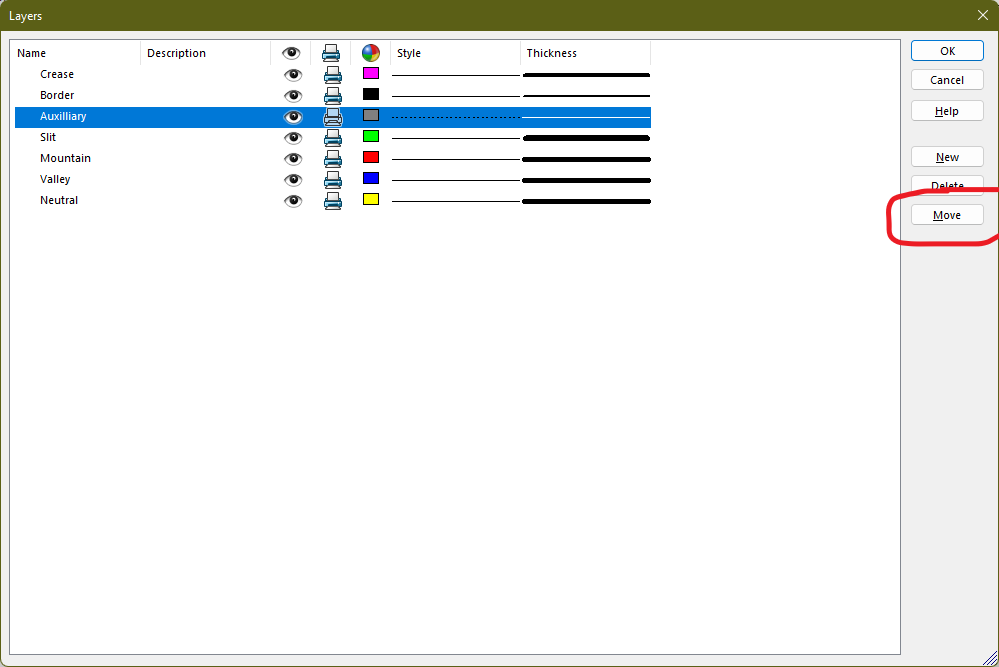 But apparently it has no effect! The only thing it does is to change the selection color from blue to black.

How do I make it work?

0
How to model the inside of a server for CFD and thermal studies?
1
How to number section and detail view for a same drawing
3
How to model Motor Windings in Solidworks?
1
How to use the intersect tool for two components in an assembly with solidworks?
0
How to switch back to the previous SolidWorks mouse control for rotating a model?