Airflow visible over the airplane wing 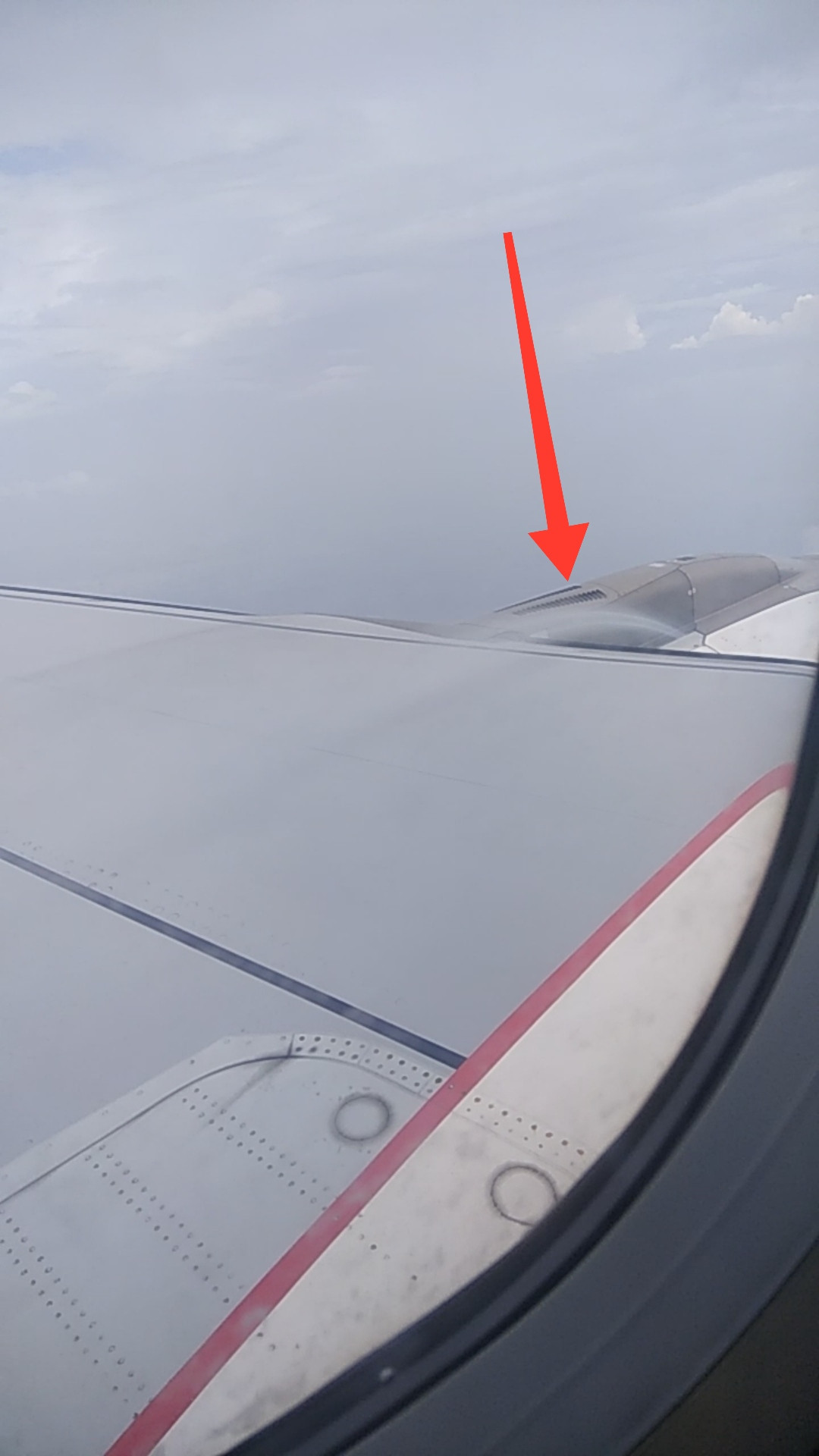 What's that visible airflow over the airplane wing and what causes it?

Specifically, what you are seeing here is a vortex which is basically a sideways tornado. Vortices occur when moving air forms a twisted stream when flowing over an object with a complicated shape. The air pressure in the core of the vortex is lower than ambient and if the air is near the dew point temperature, the moisture condenses out at the core and "decorates" the vortex so it becomes visible.

Vortices commonly form at the sharp corner of an extended flap or aileron and at the trailing edge corner of a wingtip. They slightly reduce the lift generated by the wing in the vicinity of the tip. Tip winglets are designed to minimize this effect by blocking air under the wing from spiraling up and around the tip of the wing and cancelling the low pressure zone on the top of the wingtip.

The airflow will be there visible or not.

What makes it visible are the atmospheric conditions and moisture or humidity in the air so the water particles show the airflow.

In wind tunnels the airflow is inspected using smoke wands to show the airflow.

6
What are the engineering challenges in WIG craft development?
6
Could adding extra engines to AMELIA disrupt airflow from the other engines?
11
How is lift related to airspeed?
4
Fan blower with less airflow in the center
4
In case a plane stalls, what should stall first, the tip or the root of the Wing? Why?
1
Why does the upper wing skin fail in buckling and lower wing skin does not?
0
In an aircraft, should I connect flanges of wing spars' to the fuselage, or webs of wing spars' to the fuselage?
1
Can airflow through an HVAC duct be considered inviscid? Does viscid flow ever occur for HVAC?
0
What aerodynamic equation should be used to determine the drop in air pressure over an airfoil embedded within a vertical pipe?