Is there a way of "shortening" a mechanical lever, but keeping its mechanical advantage intact someway?

For what I think I know, the mechanical advantage of a lever comes in exchange for the distance the load travels upwards, independent from the type of lever (I think).

So, let's say, in a (class-1) lever with a long area where the load is applied, but the effort is also applied in an even longer area. Is there a way of "shortening" it while maintaining the mechanical advantage?

I thought of putting a lot of small levers in sequence (with different lengths to compensate for the increase of force), one applying effort until the total of levers would make the same amount of force as the long single lever. 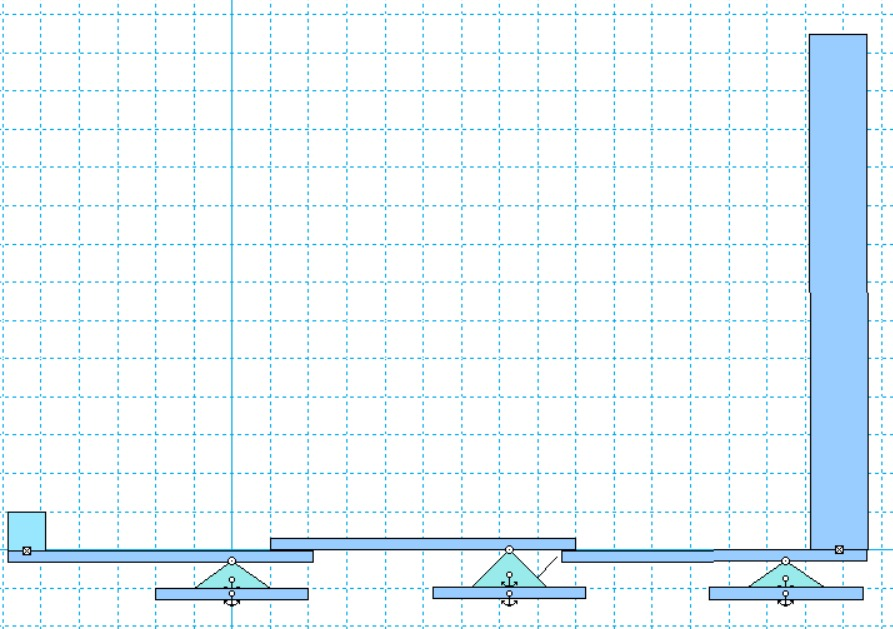 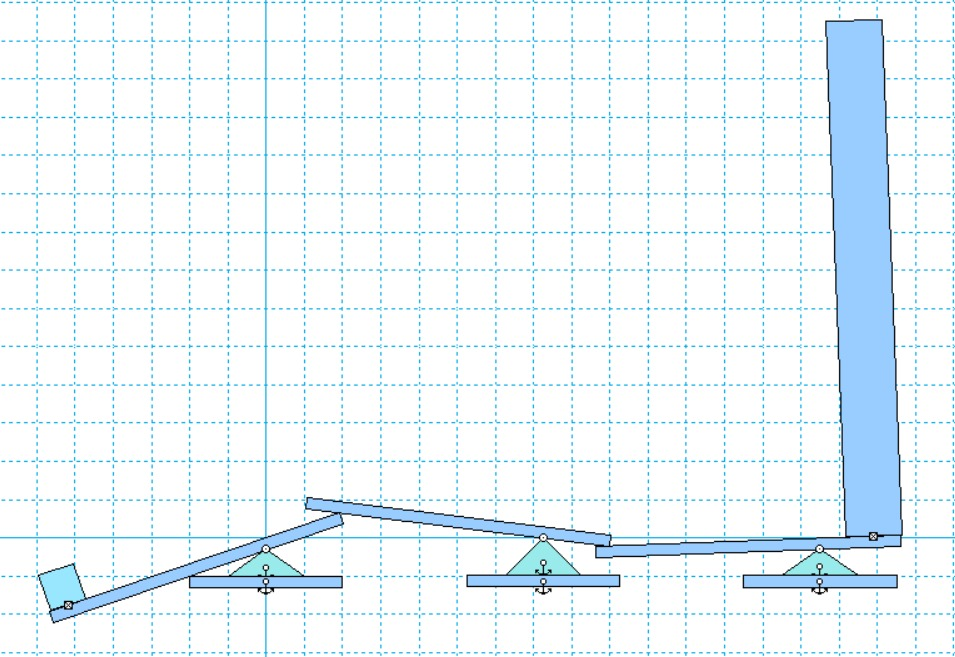 Let's say, someone then would organise them in a spiral, so they occupy less space.

Would that even be possible, or it is just a nonsensical question?

By the way, the intention with this question is to lift around 200 kg with the force of a leg. 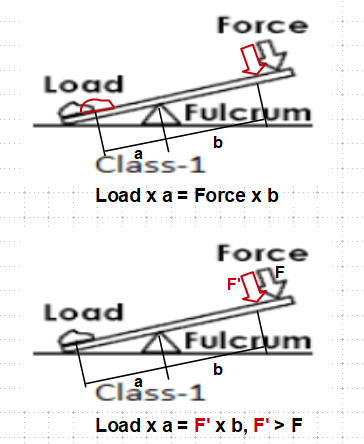 Although you need to move the ends of the lever through the correct distances to get the correct advantage -- work equals force times distance -- you don't need to have the same linear distance to do so. A worm screw does effectively the same, without the long levers.

A simple example is a double lever system where the second lever points back towards you. Two 2:1 levers give you a 4:1 advantage, but the load point is right next to your hand, and the length of the lever system is only 2+1=3, not 4+1=5.

2
How to describe the rotation of opposite ends of a body due to an applied moment
7
On a Diesel/hydraulic DMU train what exactly does the “go faster” lever control?
3
Why do small gears used to turn big gears allow more force with less effort?
0
How much force can a pole in ground take before falling?
3
Equilibrium of a Rod with an Actuator
4
Medieval wooden screw press tonnage
1
Sizing a motor for a floor jack-like mechanism
0
Tensile Force on Line of Bolts
0
Could a hybrid system of mechanical levers and hydrostatic/hydraulic cylinders be able to lift 200+ kg with the force of an arm?