What is the significance of brittle materials and why do we use them?

What is the significance of brittle materials and why do we use them? 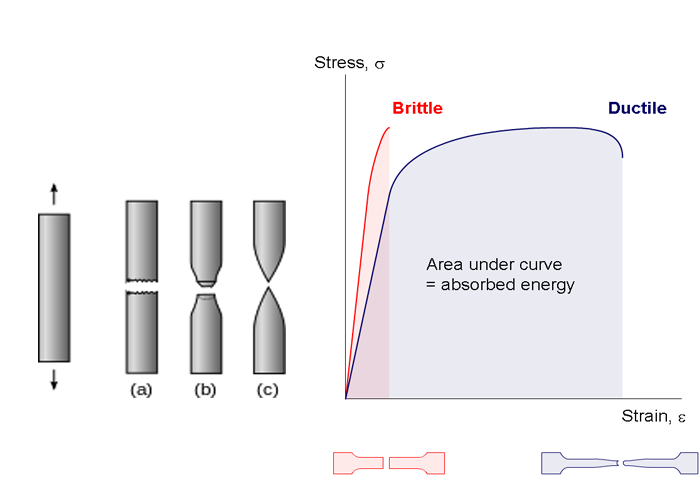 As you can see in the stress-strain curve, brittle materials have extremely low plasticity, in which cracks can initiate without plastic deformation and can soon evolve into brittle breakage. We have studied that cast iron which is a brittle material is used in automobile cylinder block, head, housing flywheel etc. If it is a brittle material then why it is used there?

Another term that is confusing me is hardness. How hardness is related to brittleness. If a material is strong and hard, will it be brittle?

There are materials which are excellent electrical insulators and/or have excellent transparency to visible light which make them extremely useful to us. Unfortunately, those aspects which make them excellent insulators (covalent bonding) or excellent transmitters of light (covalent bonding plus no available excitable electron states in the visible range of wavelengths) generally mean that they have no ductility mechanisms active at room temperatures - and are therefore classically brittle.

This is in stark contrast to materials held together by metallic bonds in which the shared electrons responsible for forming bonds are delocalized and hence mobile. In this case, it is possible to deform the crystallites by having the crystal planes slip across one another without breaking the metallic bonds because those bonds are nondirectional.

Cast iron gets used for engine blocks because the stresses to which it is exposed in service are insufficient to cause it to fail- even though it is relatively brittle compared to, for example, low-carbon steels. The inherent brittleness of cast iron is accomodated in the design of the part by elimination of stress concentrators and surface flaws. In this way it is possible to make cast iron engine blocks which last for 50 years and half a million miles of service without cracking.

Regarding the specific example of cast iron in engine blocks, the main problem is that the complexity of the design engine block does not lend itself to machining processes with removal of material. Its much more economic and faster (and some time possible) to use casting as a process, with the inherent problems on the brittleness.

Additionally, the reason why the brittleness is not an issue is that an engine block operates needs to operate in a very small range of stresses because it has very tight dimensional tolerances. I.e. if the stresses increased the cylinder's would deform and the machine would not operate as efficiently (leakage of pressure would lead to reduced pressure etc). So, an engine block is over engineered (i.e. much thicker walls) so that the stresses are always in the lower elastic range. So, at the end of the day there would not be a significant benefit from using a more ductile material (because the engine cannot operate there).

Regarding the final part of your question

Another term that is confusing me is hardness. How hardness is related to brittleness. If a material is strong and hard, will it be brittle?

Strength and hardness correlate (e.g. for steels there are charts that estimate the strength of a steel given the hardness number) e.g. 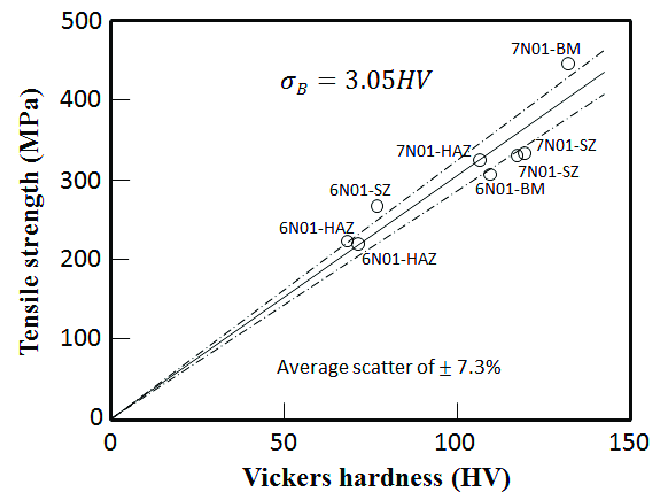 However ductility is another property which does not correlate well with the other two. (For more details, I guess you should clarify or --even better- post another question , because there is not enough info on what exactly is it that you are asking.)

Why are knives or swords made with a hard outside and a softer inner? so that the soft inner gives the flexibility and the hard outside gives the wear resistance.

You mentioned the cast iron used on cylinder blocks: how are they loaded? are they protected where there is wear?

You need to consider how things are made for the use and loads that they have to support, those diagrams you provided you should apply that to blades like the sharp cutting Stanley knives, what wear does a flywheel face? What about the ring gear teeth?

Why are some things given a ceramic coating such as cookware? impervious, scratch resistant but used on a cast iron pot makes for a tool that will last with good care.

Not the answer you're looking for? Browse other questions tagged materials automotive-engineering stresses solid-mechanics material-science or ask your own question.

14
Why does prestressing in trees make them stronger?
4
Why does paper under pressure become brittle?
1
Materials science and materials engineering
6
What is strain/loading rate dependence/sensitivity of compressive strength of brittle materials?
1
Can we use the Flexural formula and the Beam theories for bodies made up of Composite materials?