We have a system involving a fan blowing air through a box which contains a small (but constant) heat source and a temperature sensor. The fan speed is controlled with PWM. 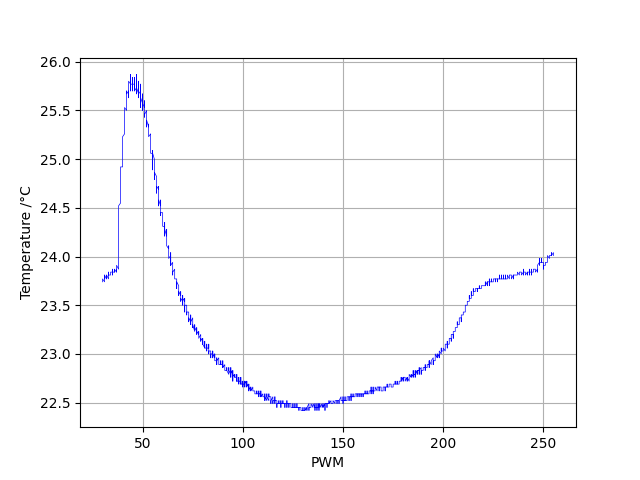 Most likely the fan is getting into the stall regime and the flow then drops or the exhaust port is causing a pressure drop that the fan cannot overcome after a given speed.