I would like to know if a very bright light will attract an incoming laser guided weapon such as a laser guided missile.

Say for example that a tank has a six-foot pole on the top of it and attached to the end of this pole is a high-voltage carbon arc lamp and it emits light in all directions. I am wondering if the intense light of a carbon arc lamp will outshine the reflecting laser light coming off the surface of the tank and the incoming laser guided missile will steer itself towards the carbon arc lamp. 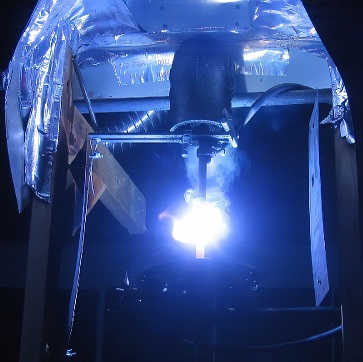 I want to point out that I am not an engineer and I know very little about how laser guided systems work, so I am asking this question simply out of scientific curiosity.

No. It might blind it but it would not attract it.

Laser guided weapons aren't just laser versions of heat-seeking weapons. You would modulate the targeting laser so that it could be differentiated even in the presence of another light of the same wavelength.

And if the missile has optical filters (which it will) they will just prevent most of the light at irrelevant wavelengths from ever getting to the sensor to saturate it. That would mean that your arc light would have to emit enough light specifically at the pass-gap and to saturate the sensor.

Look, anything is possible. You could throw some rocks at a keyboard, and have it open SE, log in, and post an proof of trisection.

Laser guided weapons usually have some specific frequency they're looking for. Then, on top of that, the laser is pulsed as an identifier (think of it spelling four letters in Morse code on a loop — not how it works, but a good analogy).

To misguide your missile, you're looking at the narrow band of light you're looking for coming off the arc lamp, then flickering in a way that duplicates the "Morse code" the weapon is looking for. That's... unlikely.

More plausible is that you can put out so much light that you blind the missile, and it doesn't hit anything. Of course, the more traditional way to do this is with another laser that you shine back at it - much lower power cost; far fewer friendly effects.

1
How fast can a VEX robotics light sensor operate?
4
Focusing light from a laser shot into one point
6
Can all electromagnetic spectra be focused like a laser?
2
What happens when very bright coherent light and weaker incoherent background light passes through doubly cascaded diffraction gratings?
5
How does a laser printer write with light on the photosensitive drum?
1
Device that emits a safe beam of light - doesn't have to be visible (Like laser, but safer)
1
How can I build a micrometer diameter laser beam from a common laser diode?
1
How is light guided by a perfect mirror waveguide for angles not exactly at the guided mode angles?