Does anyone know if there exists a type of heat pump for moving heat from one indoor area to another? In this scenario there is a room where excess heat is being generated and could be used in heating another part of the facility. The only caveat is there cannot be direct air exchange.

From a practical standpoint, the product you seek is called a mini-split heat pump. The concept follows the two previous answers, but this answer provides an off-the-shelf solution.

The thermal transport mechanism is independent of the airflow. The airflow for each unit is localized to the area in which each is installed. If the direction of thermal transfer will always be in one direction, one could install a mini-split air-conditioner.

At a lower rate of thermal transfer, one could use what is called an air-to-air heat exchanger. This is a more efficient method in that no electricity is used, other than that which might be turning fans. 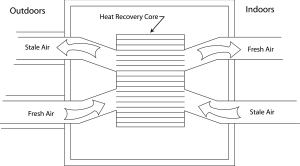 The image does a poor job of presenting the airflow separation. Inside air (room one) is forced through the stack of thermal plates and is returned to the room. Outside air (room two) receives the same treatment. The two air streams are not in direct contact and no mixing occurs.

The system would work best when the rooms are adjacent. Some losses in the form of thermal transfer would result if the air has to be piped/ducted from each room to the air to air exchanger.

Yes, fridges, freezers and air conditioning systems do this all the time.

Heat can be moved from one place to another - like heat removed from server rooms and that heat can be added to a water tank so the boiler has less work to do using expensive fuel.

The fact that one or both of the areas is indoor is irrelevant to the heat pump. It won't know. 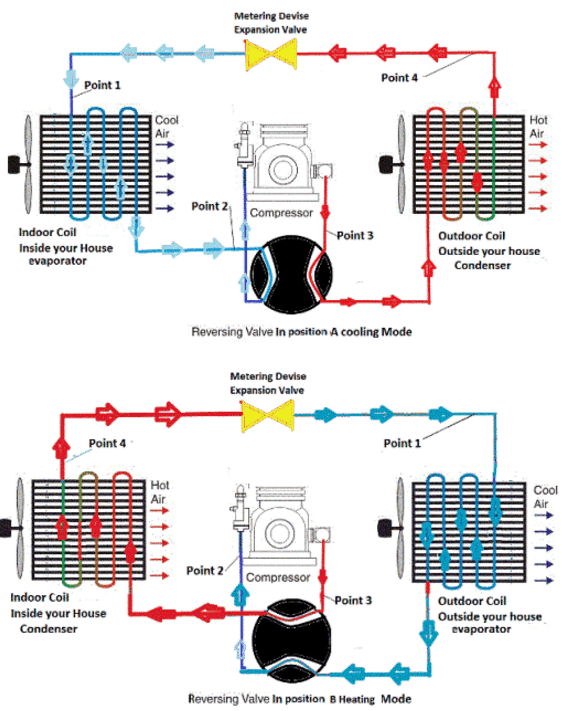 Most are now reversible to pump the heat either way for heating and cooling.

Not the answer you're looking for? Browse other questions tagged mechanical-engineering thermodynamics heat-transfer hvac or ask your own question.

4
Where to place fans for maximum effectiveness in sharing air conditioning between rooms?
3
At what (outside) temperatures is it efficient to run my windowbox heat pump?
0
What is the most cost efficient way to cool a tank of oil with water?
2
Why not drive an air source heat pump domestic heating system with an auto engine?
1
Does a house heating system affect perceived and true indoor air humidity?
3
How to periodically shut down a recirculating hot water solar thermal system
0
Where water goes in split air conditioner system in "dry" mode?
0
Predicting the behaviour of a boiler system if we modify temperatures