Can titanium be used as I-beams?

Is titanium capable of being used in I-beams.... 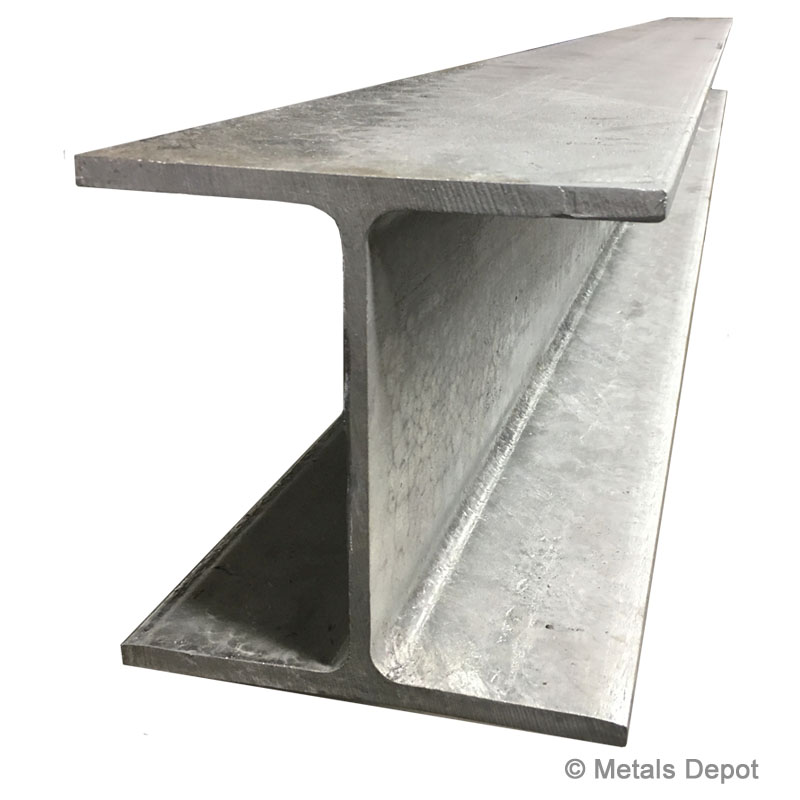 Not to repeat, but in addition to being very expensive it is very expensive to work with. So, pretty much only governments can afford it. It absorbs oxygen and nitrogen from air at the hot temperatures needed for conventional hot rolling. Hot pressing in inert gas is one process to work Ti. Depending on the environment it will be used in; Any steel rubbed onto the Ti surface by steel dies will be a path for entry of hydrogen causing hydriding. Footnote: It is hell to drill a hole in and chlorinated cutting fluid must be used. Addenda ; there is hot rolling info on the net but it is not a casual read. Various ( expensive) techniques are used ; Heat in protective atmosphere, maximize the reduction ( several size rollers) for each cycle. and vacuum anneal afterwards to remove oxygen and nitrogen. And other techniques. Basically you can't afford titanium shapes.

Yes, but titanium is very difficult to roll into structural shapes like I-beams in a rolling mill and extremely sensitive to chemical attack by washing solutions that contain chlorine, for example. So all the commonly-used rolling mill practices used with steel cannot be used with titanium. It's just a pain to work with.

You can order titanium I-beams online, with prices available at some websites. I'm not affiliated with any, example supplier: https://www.hiteshsteel.com/titanium-i-beam-angle-channel-chain.html

However, titanium is far more often used as H-beams rather than I-beams. H-beams have wider flanges and are usually welded from separate plates for the web and the flanges. To a non-structural-engineer, H- and I-beams usually look the same.

As they are typically custom-made for the particular project, welded H-beams can be made longer than rolled I-beams, tailored precisely to the load, and sometimes vary in cross-section along the beam. When the project calls for titanium, the added expense of H-beams over I-beams is generally warranted.

Historically, in the Cold War days, titanium supply was limited in the West, and welding techniques for it were underdeveloped, leading to a few myths and legends surrounding the SR-71 and Soviet subs. The latter used weldable titanium alloys, requiring just a regular argon shield, which later were developed in the West as well.

By now weldable alloys are common worldwide. There's a bit more initial cost for titanium, but no need for coatings and their re-application. Ti vs steel cost is a calculation for every particular project, which steel tends to win unless there are weight (aerospace) or corrosion concerns (marine).

Yes, Titanium can be used as a structural material (not necessarily I beam), though rare. Here are two structures made of titanium, Monument to Yuri Gagarin and Monument to the Conquerors of Space, both located in Moscow. Also, Guggenheim Museum Bilbao in Spain, and Cerritos Library in California both feature exterior clad with Titanium panels.

Not the answer you're looking for? Browse other questions tagged metallurgy or ask your own question.

4
What is the strongest known *metallic* material which can be used on Earth?
6
Schaeffler, De Long, and WRC welding diagrams - which steels can be used?
18
What material is used to hold molten iron in a furnace?
2
What is the highest-temp castable refractory cement available?
2
Which materials can be used to make permanent casting molds for cast iron?
1
Galvanized Steel (Zinc Plated Steel) vs Stainless Steel
1
What is the strongest and lightest material?
0
Is it possible to cast copper around another metal
3
Can Rotary Friction Welding be used to join metals and ceramics?
2
Can diamond grinding wheels be used to grind Tantung (non-ferrous High Cobalt, Chromium, Tungsten alloys?)