Here are the $A$ and $B$ matrices and the eigenvalues of $A$. 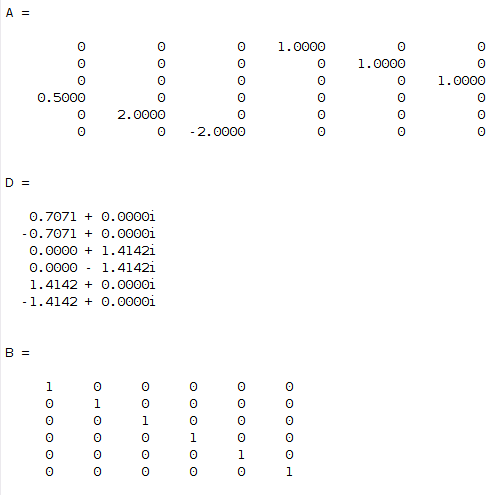 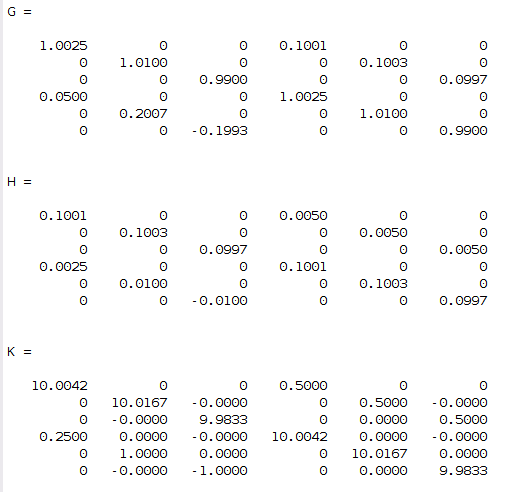 Here is $G-HK$ and its eigenvalues 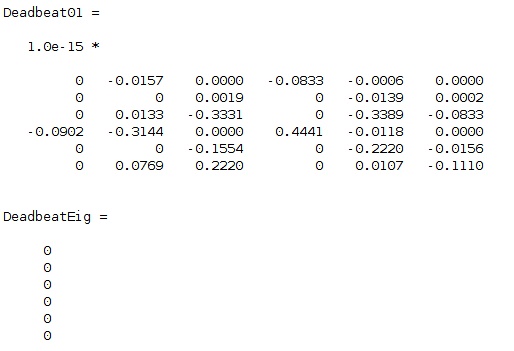 However, when I go to implement it in Simulink http://airvigilante194.sdf.org/Scripts/deadbeatJeff03.slx, Simulink appears to treat the system as a continuous-time system and sort-of passes straight through the unit step inputs. 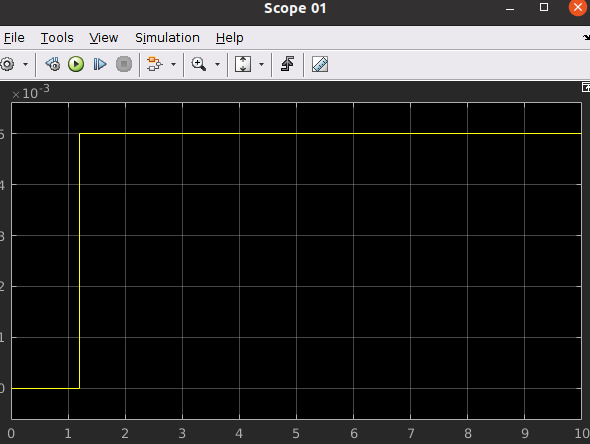 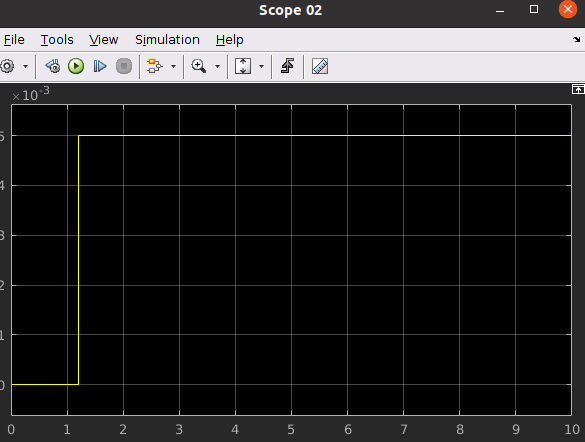 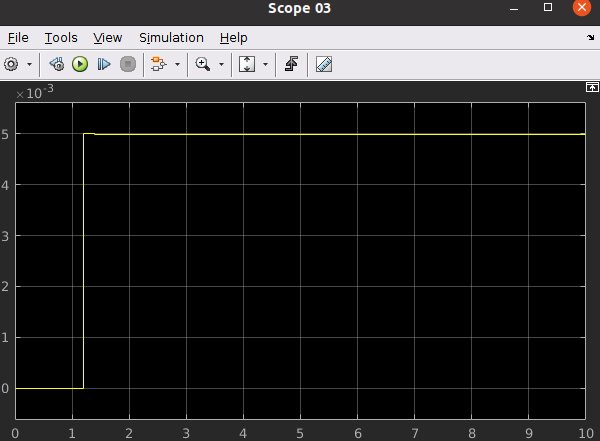 (The other 3 scopes are just the derivatives of the first three scopes, so zero with the unit step passed straight through.)

Strangely, when I implement the system in Simulink using $G, B,$ and $K$, the eigenvalues of $G-BK = G-IK = G-K$ all have real part between -8.4 and -9.6, so this does function as a sort-of deadbeat control, keeping the system at or very near the set-point of 0 http://airvigilante194.sdf.org/Scripts/deadbeatJeff02.slx.

Here is $G-K$ and its eigenvalues 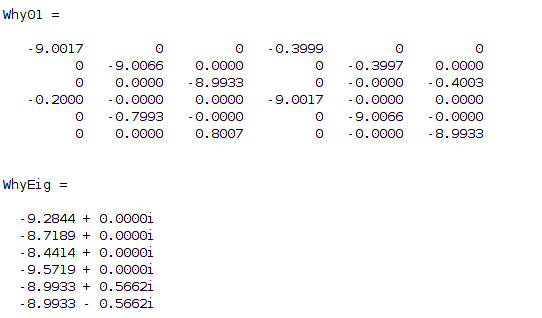 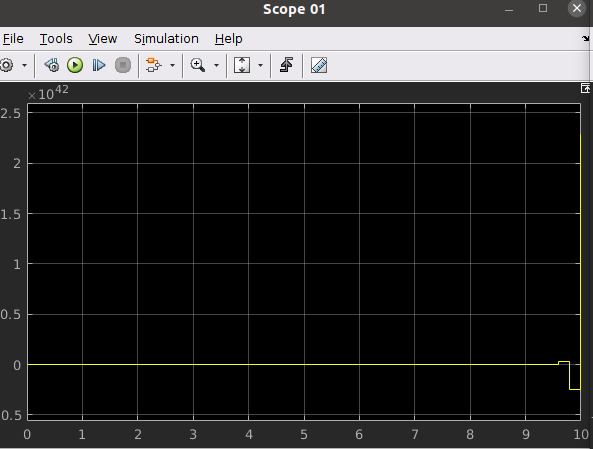 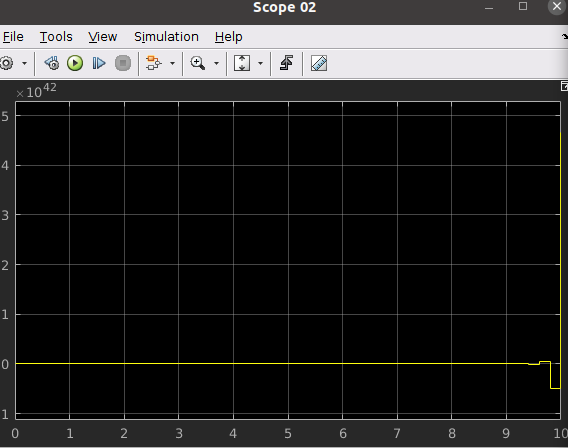 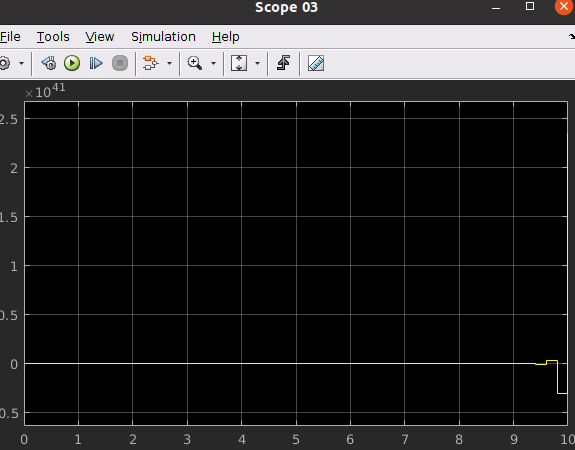 Here is the system without the feedback loop and $K$ http://airvigilante194.sdf.org/Scripts/deadbeatJeff01.slx. 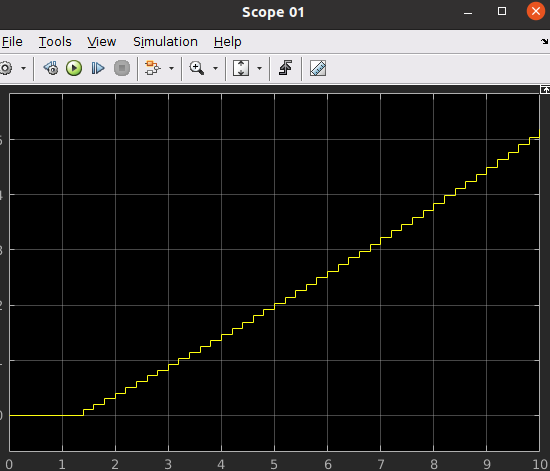 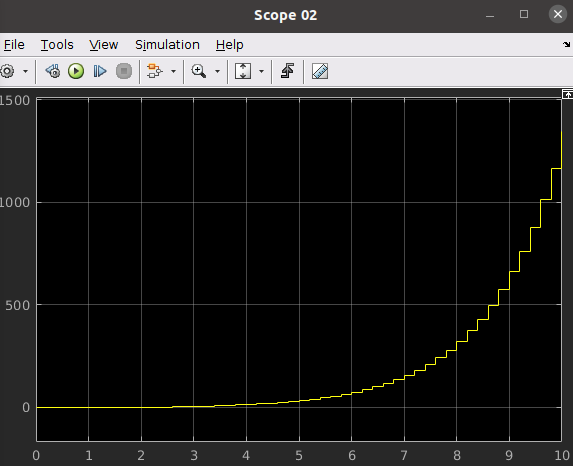 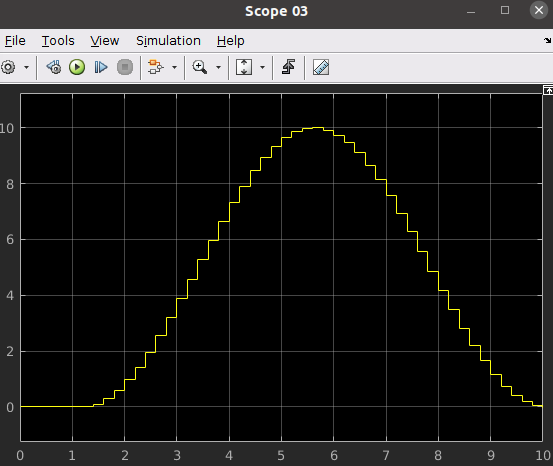 You can see, in continuous time, it has one negative real part eigenvalue, which just grows linearly with the unit step, one positive real part eigenvalue, which grows exponentially, and one purely imaginary eigenvalue (really, two) that oscillates (The other three scopes are just the derivatives of these scopes, with the same linear growth from the unit step from the first). Here are the eigenvalues of $G$ and their moduli ("moduluses") 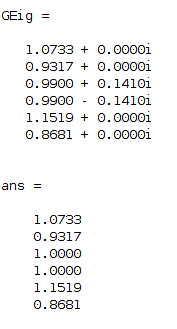 Would someone help me puzzle out how to implement deadbeat control in deadbeatJeff03.slx, so the systems returns to the set-point of 0 in $ \le 0.6 s$? I suspect and hope it's something simple I'm missing. Thanks in advance.

Edit: When I use $0 = G-HK$ for the $G$ matrix, $I$ for the $H$ matrix, and no feedback loop in the discrete-time block diagram, it does indeed display deadbeat control. http://airvigilante194.sdf.org/Scripts/deadbeatJeff04.slx Something about putting in the feedback loop with the gain matrix $K$ appears to make Simulink treat the system as a continuous-time system. If someone understands that phenomenon and can instruct me as to how to put a feedback loop on a discrete-time system and make it still discrete-time in Simulink, "that'd be great"; otherwise, I can just do this kluge.

Here is the continuous-time system http://airvigilante194.sdf.org/Scripts/deadbeatJeff01.slx 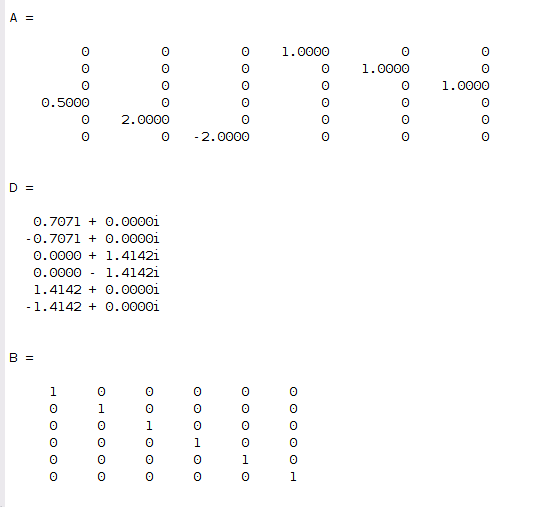 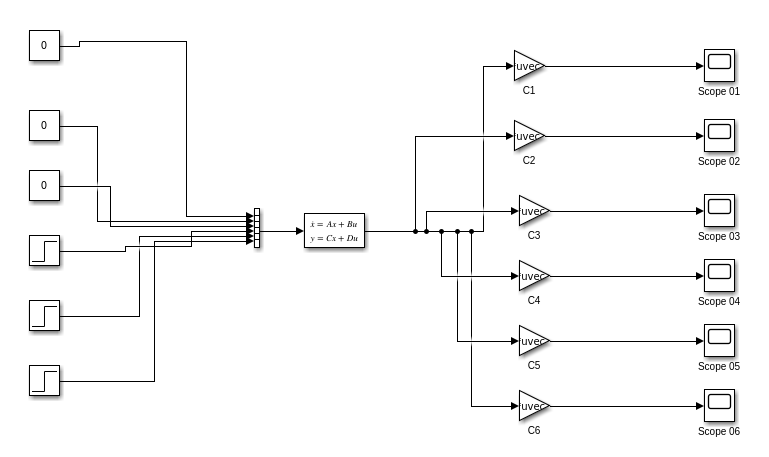 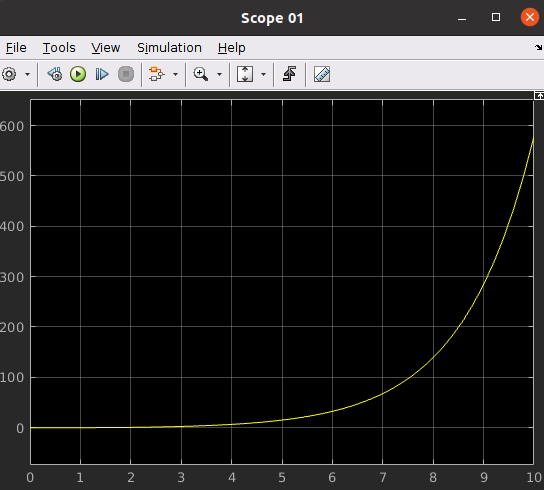 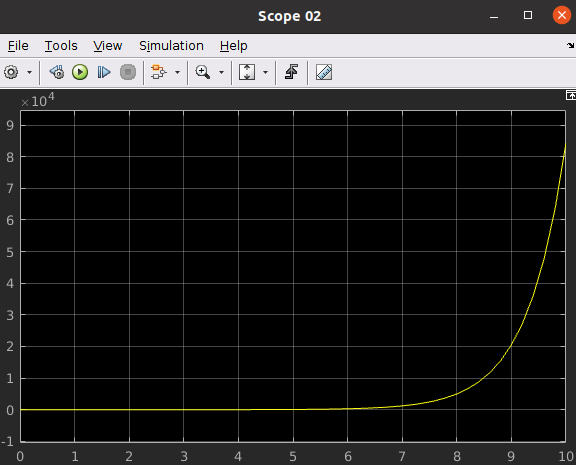 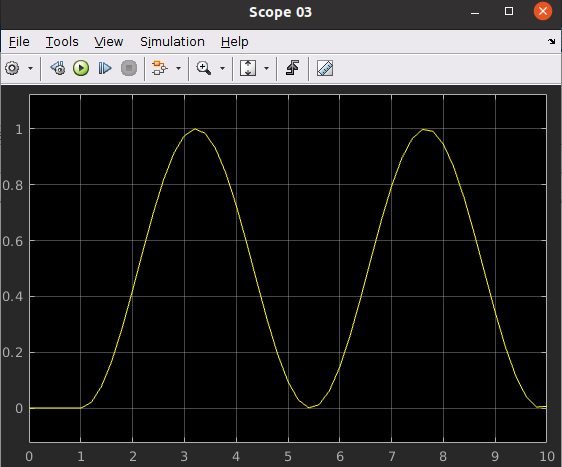 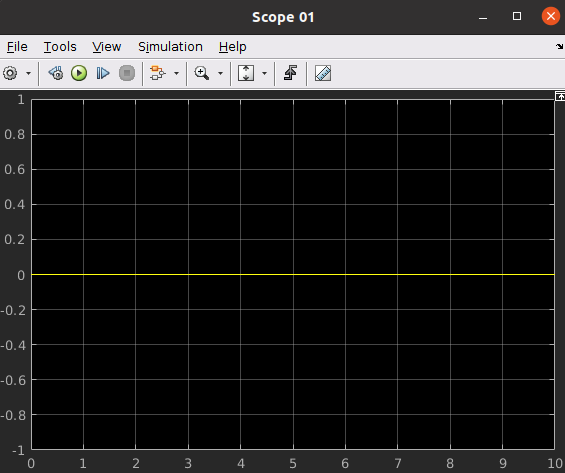 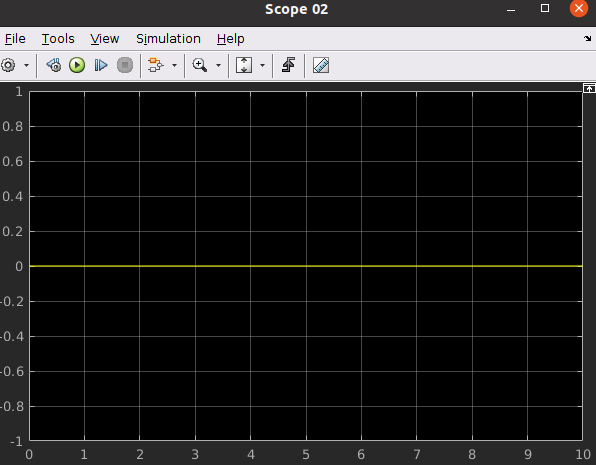 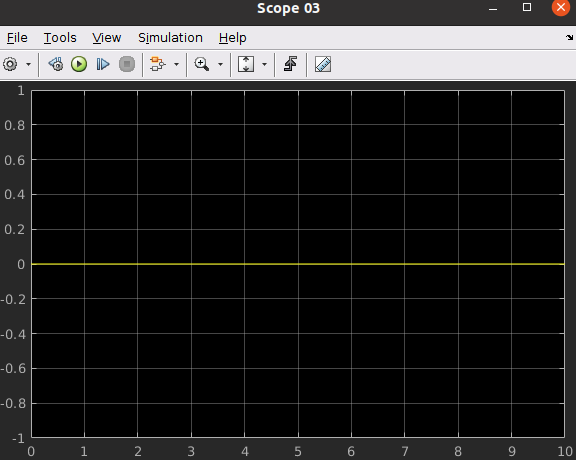 Thanks so much for all your help! This really means a lot to me.

Not the answer you're looking for? Browse other questions tagged control-engineering matlab simulink or ask your own question.

1
Closed loop response of a discrete system
4
How do I compute/plot the open loop transfer function of a system given its state-space description?
0
Why prefer a discrete-time system because of a practical implementation instead of continuous one
0
"Roll My Own" Integrator Block for Multiple Signals
1
Is It Possible to Have a Continuous-Time System Controllable but Discrete-Time System Uncontrollable?
0
Dynamical system problem