Is the main goal for wind turbines to take maximum energy for a given diameter?

If you increase the number of blades, that will increase torque, for the same RPM you get more power,...simple logic

So why only three blades, is main goal for wind turbine take maximum energy for given diameter? 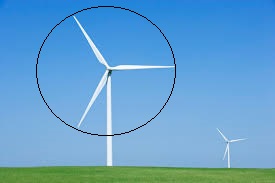 So, the energy in the air is a function of the velocity. As energy is extracted from the air, its velocity drops.

However, due to the preservation of mass, the mass rate before and after needs to be the same so:

So for decreasing $v_f$ the cross-section will increase. See image below. 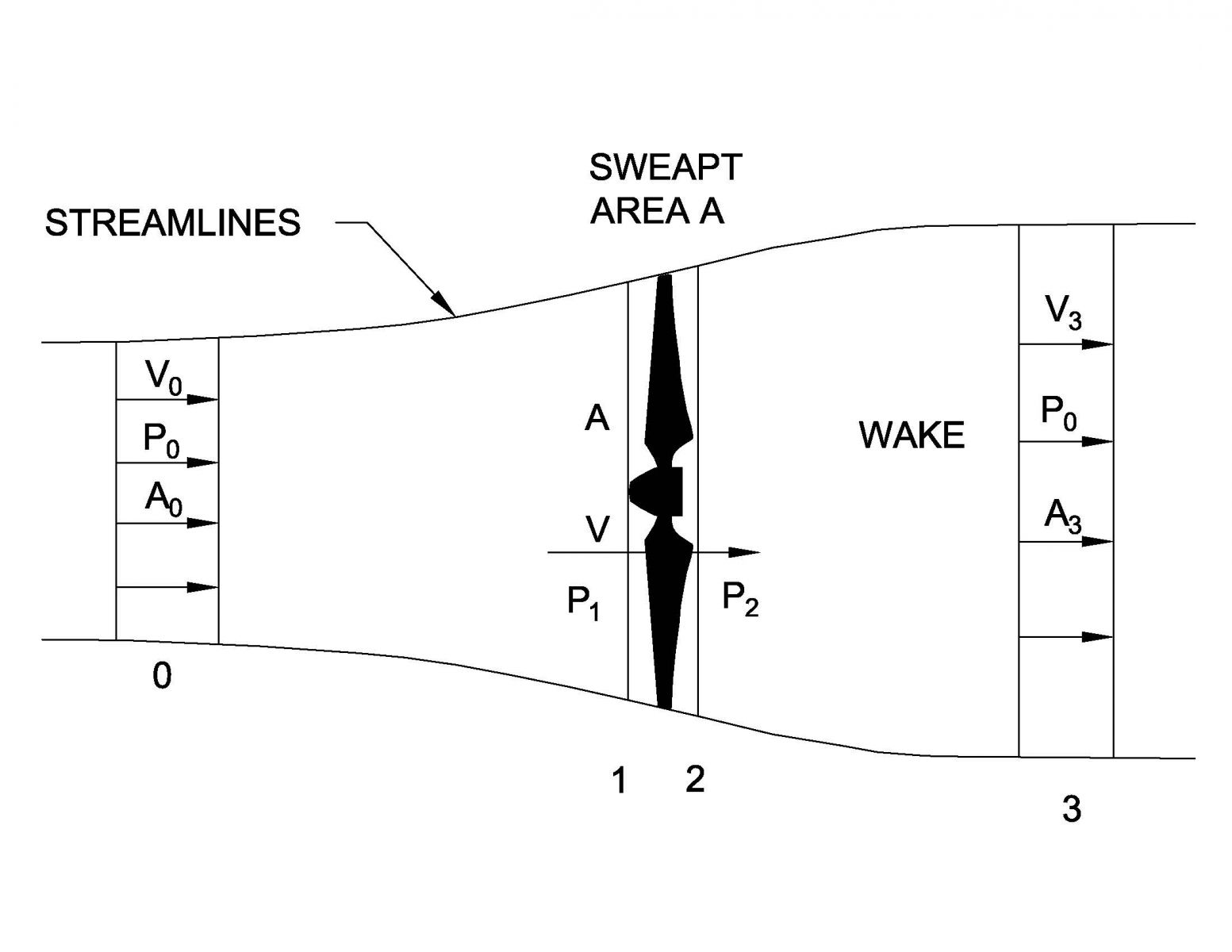 it is not possible to extract all energy from the moving air. If you could then the air would have no velocity, and therefore it would get stuck. Betz in 1919 calculated the theoretical limit that power can be extracted from air. That limit is 59.3%. This is the absolute maximum for any configuration.

It is true that adding more blades has the result of the air interacting more with the generator, however in that case the overa efficiency is harmed the faster the turbine operates. The following diagram shows the overall efficiency for different wind turbines. 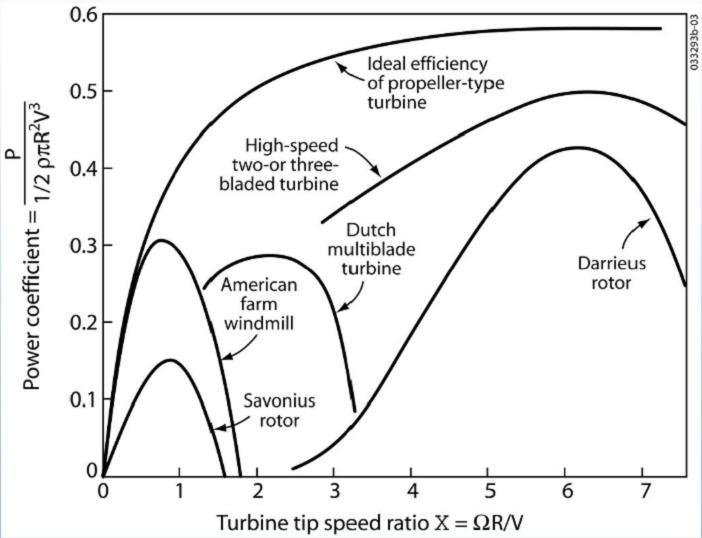 The horizontal axis on the graph is the wind tip ratio (which has a limit around 7 in order to avoid hypersonic flows). This is also worth looking at to understand a bit more.

Aside from the efficiency, the blades of wind turbines are basically a wing, aerofoil, the actual upwash and downwash zone are much greater than the wing's cross-section.

If the blades are too close they can interfere with each other flow stream and actually create debilitating turbulence.

The wind turbines are designed to work in a wide range of winds.

The two or three-blade format with the profile of the blades is the optimal configuration.

to get more power out of the available wind, it is better practice to increase the diameter of the blade disc instead of adding more blades, which greatly increases the size & complexity of the main hub to which the blades are affixed.

Not the answer you're looking for? Browse other questions tagged aerospace-engineering aerodynamics energy wind-power or ask your own question.

6
Do regulations in the United States limit the size of aerial wind turbines?
5
Calculating torque needed to climb a graded hill
10
Why don't we just build a giant wind turbine?
11
How to calculate Power of motor when used as a generator?
4
Why does my model of a wind turbine show high RPM with low power output?
0
Axial compressor - change of temperature not proportional to number of blades and their geometrical properties?
4
Do 3 blade wind turbines generate more power than a 9 blade, all else being equal?
0
number of electric vehicles that can be charged with specific amount of energy
0
Estimating yaw torque and power of HAWTs