I have no background in Mechanical Engineering.

What I don't understand is how is caster wheels in an office chair analogy the same as caster angle describe in the following image and in this video? 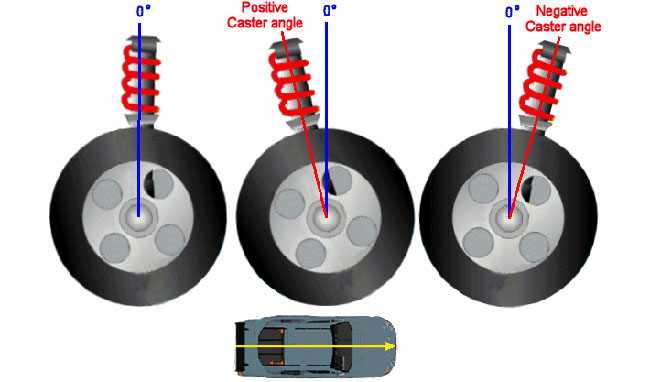 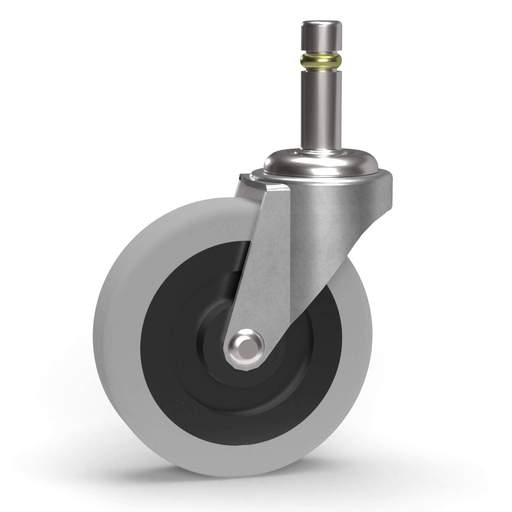 In an office chair or shopping cart wheel analogy, this is easier to understand as shown in the following illustration. 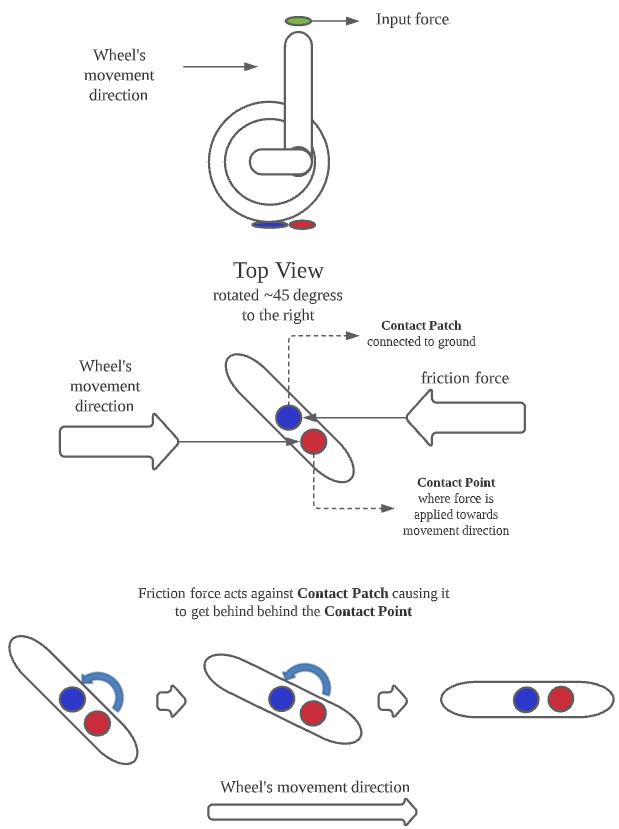 But as mentioned in @NMech's answer, the above illustrates wheel trailing the input force in the diagram which is different from caster angle shown below. 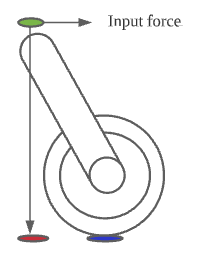 I am definitely missing something in that diagram I've made. My intuition sees only where the source of input is coming from whether it's behind the wheel or not determines if it's going to resist rotation or turn around. It's hard for me to see how rotational axis being behind the contact patch or not is going to have the same effect.

There are two different concepts there: 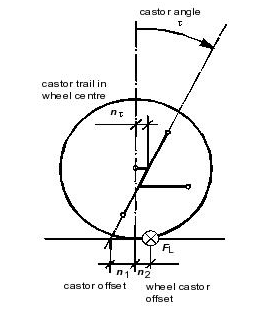 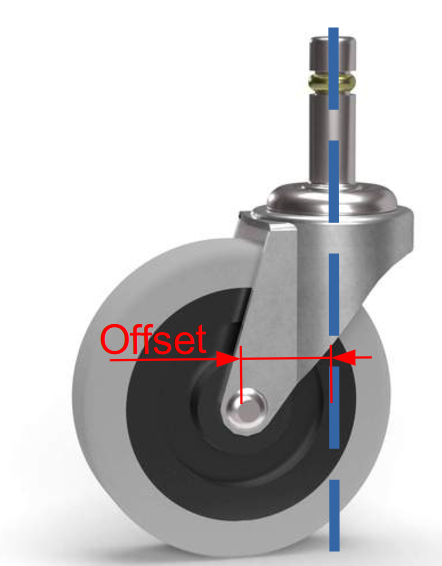 Both the angle and the offset are important to determine the castor offset and the castor point which is the important factor for the stability and self-centering of any wheel. 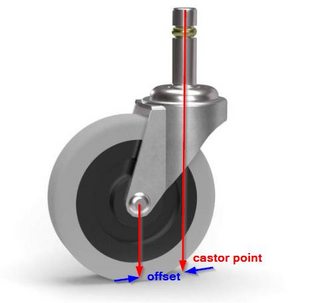 Figure 1. The castor point is the intersection of the pivot axis with the floor. 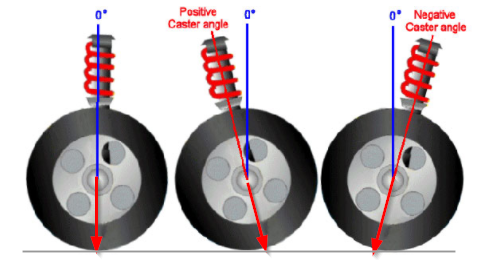 Figure 2. For travel to the right we have three situations: (a) No castor action. (b) Correct castor action as the castor point is ahead of the point of contact of the wheel. (c) Reverse castor action which will be problematic in service.

What matters is where the axis of steering hits the road. For castor action that needs to be ahead of the point of contact between the wheel and the road.

The vertical force on the caster, F, and friction reaction on the tire creates a couple causing a torque, impeding the rolling of the wheel. the torqe is $F*x$

This torque turns the wheel until it lines up with the caster. And the torque is zero.

In response to OP's modified detail:

The moment arm producing the torque is not from the orange ellipse's vertical projection of the green input force in your diagram. It is the contact point "distance" from the axis of the caster. meaning we have to drop a vertical from the wheel's contact point to the extension of the caster, then project that distance on the ground. So it is steel the wheel following the driving force. 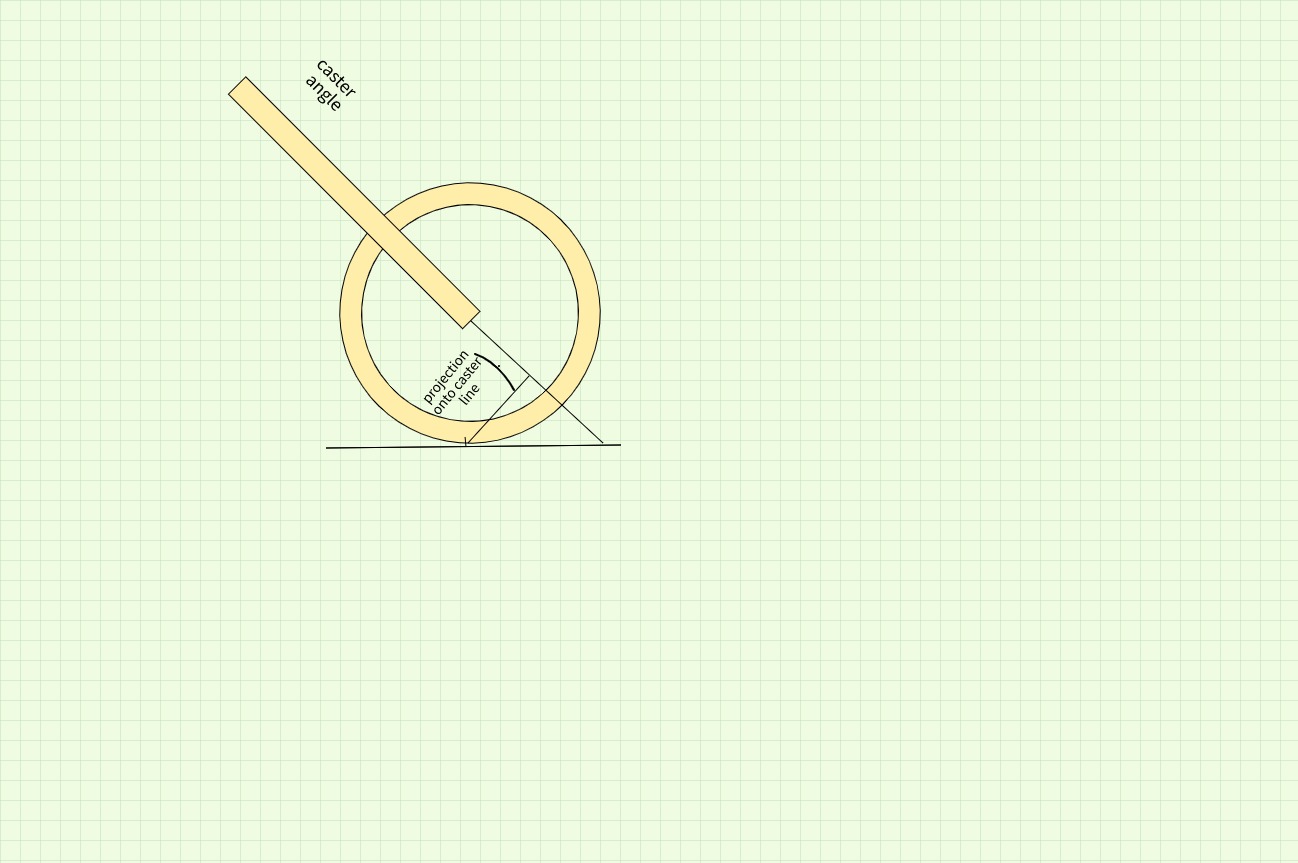 Not the answer you're looking for? Browse other questions tagged mechanical-engineering wheels or ask your own question.

0
What is the effect of caster angle in automobiles? What will happen if we use neutral caster?

22
Why do car wheels have holes?
2
How to make wheel rotate slower in one direction than the other?
2
How does a single pivot side-pull caliper bicycle brake work?
3
Mechanism to translate rotation into reciprocating horizontal movement
1
Two intersecting prisms
1
Can a simple application of two forces have two different outcomes on a rigid body?
0
Why is direction of velocity in front direction
0
How can wheels with spokes concurrent at the center be solid?
2
Torque Problems vs Motor Problem?