Deformation of a plane in Torsion of a Circular Shaft

Consider a shaft which is fixed at one of the ends and is acted upon by a torque at the free end as shown. 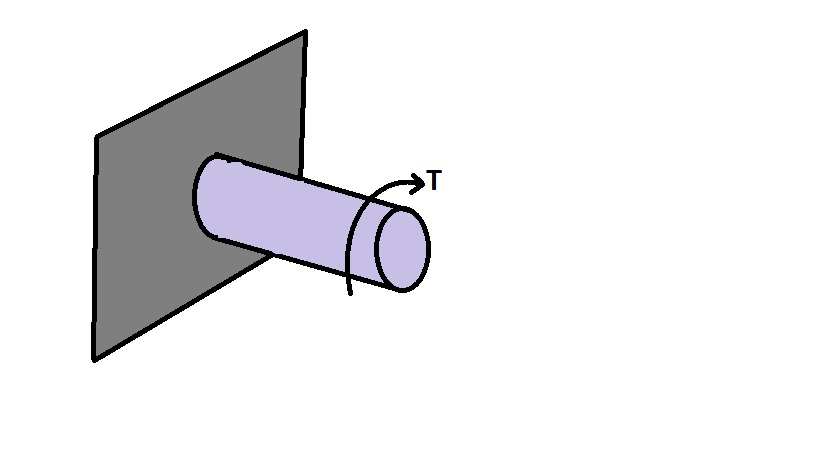 We take a plane inside the shaft as shown in the figure before the torque is applied. I'm interested in knowing how the plane will look after the torque has been applied. 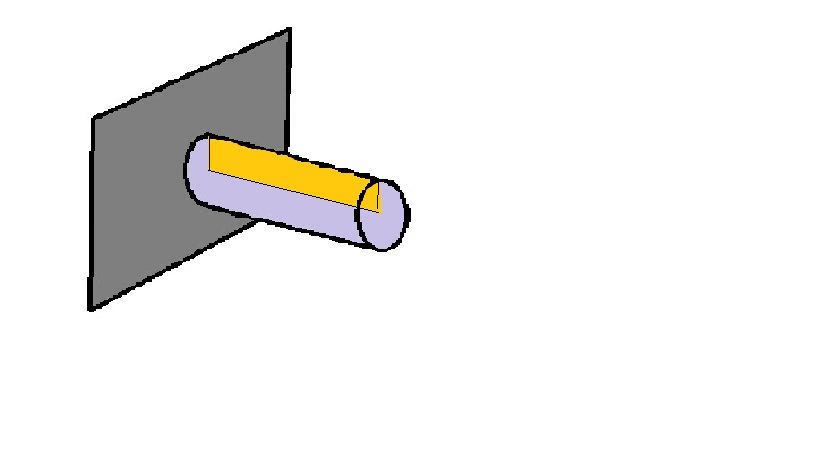 My intuition tells me that the plane will be bent (for the lack of a better word) after the loading as shown below. ( 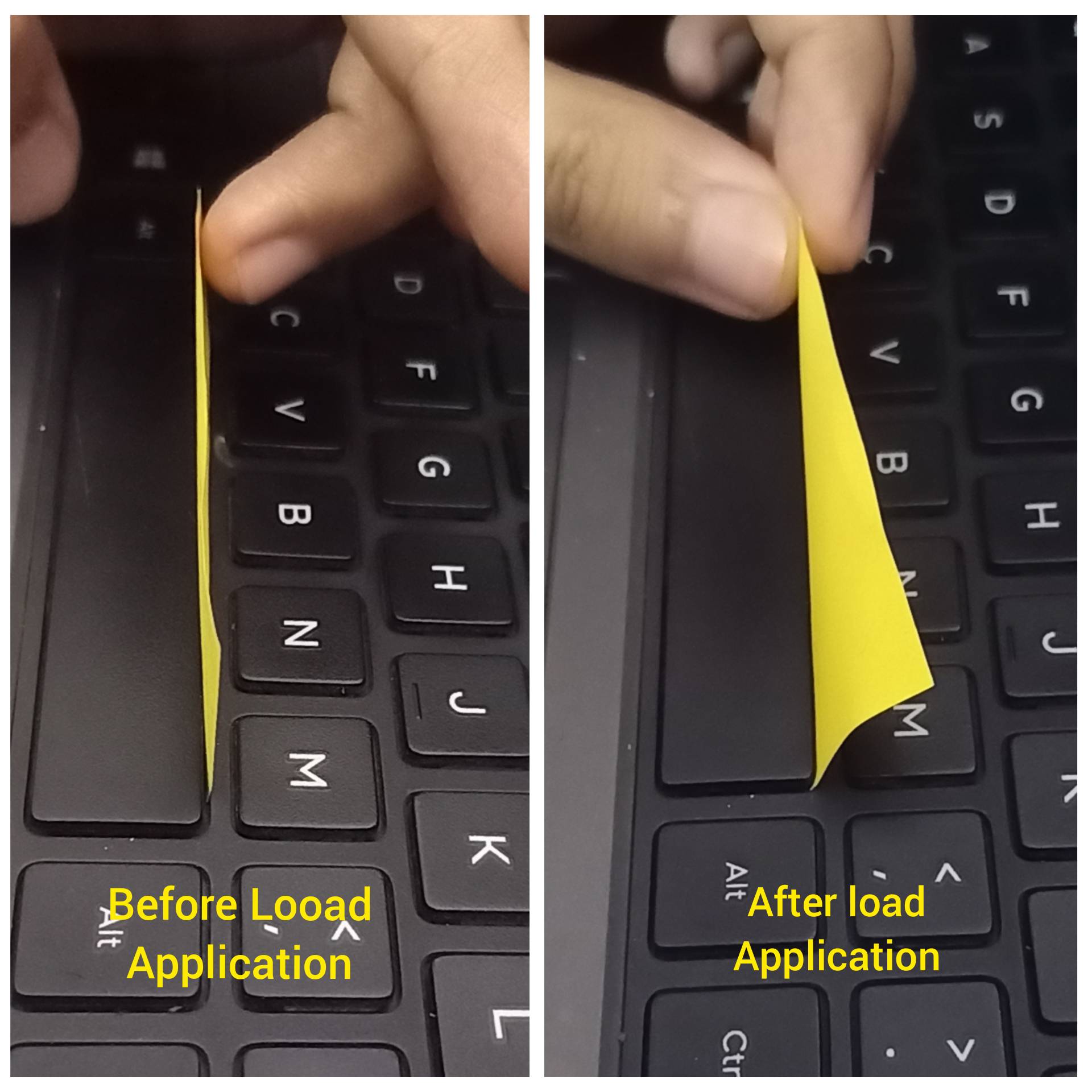 However if that is the case, the radial lines will curve at the end of loading and one of the major assumptions that the book I'm referring to for studying torsion in circular shafts, is that the radial lines must remain straight at all times.

Conversely, if the radial lines are to remain straight at all times, that would mean the plane after the loading doesn't bend and remains flat. However, is this possible physically, provided that the two edges (shown in red below) are fixed. 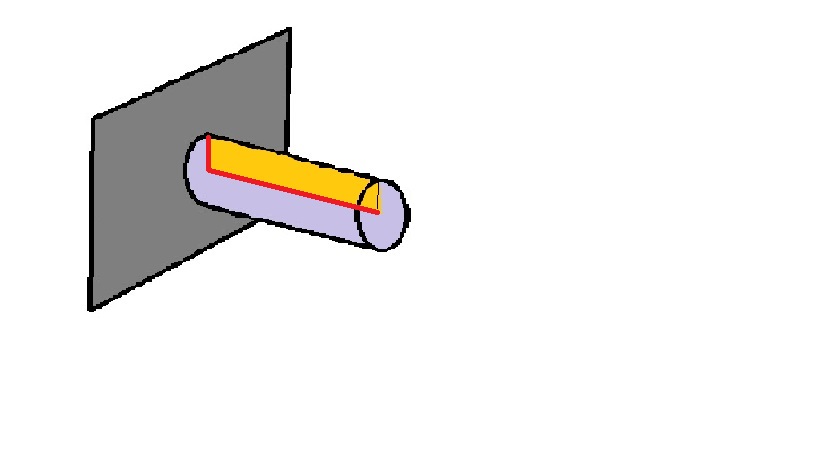 Your intuition that the plane twists is correct in the case of the circular cross-sections (at least); although the example in the image is not representative. 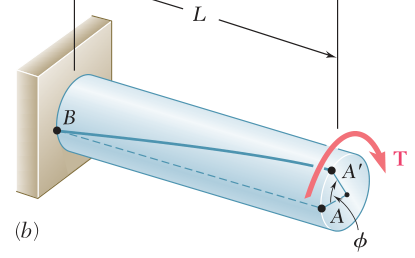 The total rotation angle (in the elastic/linear range) at each point is given by:

So each crosssection rotates the same -- although the center point does not seem to move at all. So the surface that is swept is a twisted plane. More like a helical plane

One easy way of imagining the deformation of the plane you show in your sketch is to cut the shaft into infinitesimally thin disks with thickness, dL, and imagine these disks look like a clock with only an hour hand at 12oc. Then rotate each disk by the amount of.

The Important thing is $the\ thin\ disks $ remain $plane $ after deformation according to $St \ Venant.$

This is true only for small-angle deformations though.

1
Circular tube stress loading
0
When does torque applied on a shaft produce bending and when does it not?
5
Calculating shaft diameter
0
Struggling to find solution: question 1 (Finding the maximum length possible of a rod with specific stresses in action)
0
Force Transmitted to the support (Vibrations)
1
Torsion - Circular vs Non-circular shafts
2
A close coiled helical spring with torque acting about longitudinal axis
0
How exactly the beam is twisting?
0
Rigidity and bending moment